The Day The Vines Died in Alto Piemonte. And, 95 Years Later, The Resurrection.

Fast forward to the year 2000 and the father and son team of Paulo and Luca de Marchi set up (recovered may be a better word) the vineyard at Proprietà Sperino in Lessona, the land previously owned by their relation Felice Sperino, a professor in Turin where young Luca was studying history. Paulo, of course, already had his vineyards in Isole e Olena (see below), and so Luca got involved here and is loving it, both the whole wine experience along with the history behind it!

One winemaker had struggled on through the 20th century and, by 2004, there were three in total in Lessona, 8 by 2009, 14 now and a few more to come. During the Question and Answer session, Luca was asked if, due to the increasing popularity of the Nebbiolo grape, that even more growers would enter the area.

“Perhaps, the popularity is coming too quickly, I’m a bit worried. We shouldn’t forget that 90% of the vineyards are incredibly young. The place is amazing but we need to slow down and learn more, stay away from the spotlight. We can be much better than we are now.” 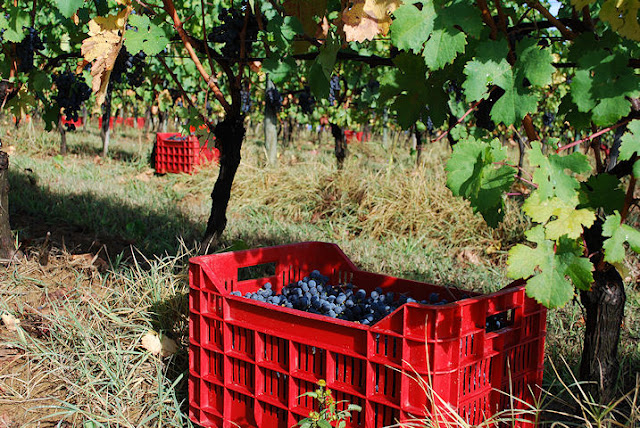 In introducing Luca to the Zoom audience for the latest in the Liberty Wines series of masterclasses, David Gleave said he knew both Paulo and Luca well. He said that Luca was thoughtful, intelligent but maybe not so reflective as his father, always with new ideas and thoughts. Luca’s answer above though showed that he can be reflective as well.

The father and son endured some good natured teasing when their intention of setting up in the abandoned area became known. “You should be planting rice!” Luca: “Slowly I fell in love with the history of the area in the foothills of the Alps, over-shadowed by Monte Rosa, for 400 years the most popular wine area and then abandoned.” And he found an amazing old library of wines “my work today”.

He’s been delving into the history of Nebbiolo too, the main (95%) red grape in the area with its very acidic soils and low yields “unusual in Italy”. “Nebbiolo is quite a recent grape but something very similar was described by Pliny (AD23-79) - cold resistant, late ripening, high quality, exported to Rome and called Allobrogica. Then Quinta Sextilia (also 1st cent) offers wine and fabrics as a gift, the same two products that the area excels in today!”

And more history. In the Middle Ages, the Austrian Gattinara played a key role here. Luca explains: “Italy was always a wine country, every region. So a very old wine tradition but a very young bottling country. And it was Gattinara who started the bottling when he began to present the local wines as gifts.”

Geology is another major factor here and geography of course. “We have the soil of another world, unbelievable. Zero calcium. The soil is from an ancient volcano including granite one million years old. Iron, magnesium, and other metallic elements abound in nearby Bramaterra. It is different in Lessona, prehistoric sea sand is the soil here and so the Lessona and Bramaterra wines have different properties.”

While the Alto vineyards are close to the Alps they are not high altitude “less then 500m in Boca”. But “the vertical wall of Monte Rosa, 3000m high,” gives them a lot of protection; for instance, they get no snow. Hail though is still a hazard due to the cold mountain air meeting the hot air.

And he showed us a picture of the vineyard at harvest time. In most places, there is still much greenery on the vine but here there’s only an autumnal gold. “The harvest is late, the maturity of the grapes and the life cycle of the vine go together, very unique, I think.” 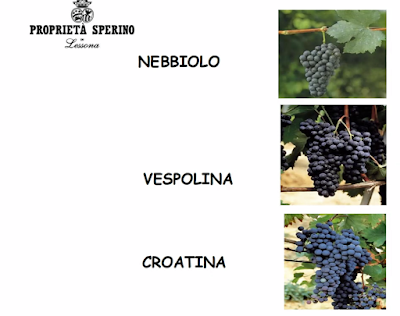 There are two other red varieties that he mentioned. Vespolina is one, “an incredibly interesting variety and great in blending with Nebbiolo.” Croatina is the other one. “I don’t like it too much but thick skin protects it from problems, including hail.”

He then spoke about his “Rosa del Rosa” Rosato. “This is a new thing I started in this part of Piemonte (after a lot of discussion) as I was never a Rosé drinker”. This is a beauty apparently - watch out for the 2019 - with a mineral and savoury character and made from Nebbiolo.

“I love Cabernet Franc” he declared, to our surprise! “Nebbiolo is the lifestyle grape but Cab Franc is my favourite grape” “We planted a mislay portion of this excellent cold climate variety and the wines show exactly what Piemonte is.” Both the wines (and more) are available from Liberty Ireland.

David Gleave reminded him that his wines do well in France especially in top restaurants, that “there is a Burgundian character to them”.  Luca agreed: ”Yes it is that kind of style, more like what they are used to. It is indeed easier to sell Lessona in France than Isole e Olena.”

Another questioner asked him to compare Lessona and Barolo. Luca: “I love Barolo. Beautiful, mature dark wine. I love it. Lessona has a lighter colour, more floral aromas, more gentle, more length (the one thing you can’t change in the winery).”

We’ll finish up with a few comments on recent vintages in the area. Luca: “Vintages are changing, getting slowly warmer. Hail can be a major problem. Generally, if the vintage is good in southern Piemonte, it is good here and overall vintage variation is probably less than elsewhere.”


Charles Heidsieck is "freshened up" by Cyril Brun