Barolo 2016 is something rare!

“Barolo 2016 is something rare! An outstanding vintage. Unique.” So said Franco Massolino during a Liberty Wines organised online masterclass last Friday. Fellow Barolo winemaker Giuseppe Vajra was our other speaker, both introduced by Tim Platt (Sales Director Liberty). Dennis Drazan Sunjic coordinated the speakers and also the question and answer session at the end.

So what made 2016 so good? Franco pointed to the weather during the year that gave them “the longest cycle of vegetation”. “The winter was relatively warm, and dry. Spring came early. A lot of rain at the right time. “We never had temperature too high and it was never too dry. September unusually warm, but not crazy.” Following the warm days and cool nights of September,  “complete ripeness was achieved in our harvest”.

He said the wine has the identity of the village, it is complete, elegant, powerful. “With longevity, 30 or 40 years no problem. The different wines underlined the identity of our various vineyards. The Barolo has achieved an outstanding level of expression, a really classical expression.”

Giuseppe confirmed Franco’s assessment. “He is really spot-on, it is a killer vintage, a textbook classico vintage that expresses a sense of place and highlights the differences in the various terroirs.”

It was the first year that Giuseppe had kept a diary of the season. And the first benign sign he noticed was the “abundant flowering”. In the wine, there is a promise of longevity, the tannins are not in your face, ”so you can already enjoy it and I think that the flowerings is key in this”.

Dennis asked him to talk about recent vintages and Giuseppe said the 2015 is very good and the 2017 is excellent and interesting. But 2014 was challenging because of rain and hail. Franco though was more optimistic about the 2014, perhaps because they were able to salvage some “small quantities with outstanding qualities”. Obviously the hail didn’t hit every vineyard equally. “We have some small quantities and are extremely proud of it”. Seems to be the classic case of a good winemaker producing an excellent wine in a bad year. 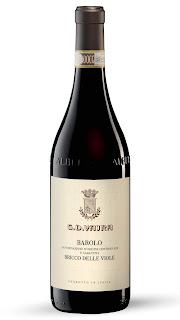 Dennis then posed a tough question for the duo. “Which is your best cru from 2016?” Very hard for Giuseppe to answer as they had invested so much hard work into each. He didn’t really want to pick one but, under gentle pressure, went for the Barolo Bricco delle Viole for “its flair and elegance”.

Franco agreed that it was a tough question and he picked the Barolo Parussi. “I got great satisfaction from that as it is the youngest of our vineyards.” He quickly added that the Marghleria “is also very good.”. Both men agreed that 2016 was similar to 2008.

Franco admitted to “still trying to understand more”..”to take care of each plant in the best possible way.” You can gather that the improvement in the fortunes of Barolo over recent decades owes much to men like these. He continued: “There is a big difference to what happened in the 70s and 80s when the goal was to produce as much as possible. There was attention too to quality but not like today.”

Franco’s family have been in the wine business here for 120 years. “Our range of wines represent the historic style of Barolo, a unique wine in this micro-climate, the right place to show Nebiolo’s potential. We try to balance all our wines, to respect the identity and delicate notes of the variety. We don’t change a lot in the winery.”

Giuseppe was dragged away from his soccer games (he was playing too much of it - well he was just 15) to plant his first vineyard. He and his current team are still youthful and he is proud of their work. “We hope we get wiser as we go on. We started organically and our first vintage in 1972 was not a good one, not worth ageing!” The whole extended family are at work here in this “multicultural team” near the village of Barolo.

Franco’s family are in the area of Serralunga d’Alba “where every hill can be different” and that results “in great variety” in the wines around here. The family is involved here too and they “always look for the best expression.. while looking after our vineyard”. In fact, most of them are out and about in the vines these days, staying away from the offices due to Covid19.

The virus was also on Giuseppe’s mind. “We think of all you hospitality people these days. Stay strong!” He talked about the soil of the area, “basically sedimentary”, layers laid down over the years ”like lasagna”. And he reckoned that tiny variations in the ph readings (a measurement of acidity and alkalinity) for the two areas may account for the differences between wines from the two villages.

Check out the Barolo producers below: