May 08, 2020
Press release
Criminally Good Value at SuperValu
19 Crimes is the Wine of the Month for Only €10
Named the World’s Most Admired Wine Brand 2020 by Drinks International, 19 Crimes is SuperValu’s wine of the month for May. A wine, which shares the history of the infamous people who founded the land where its grapes are now grown, 19 Crimes highlights the plight of 165,000 convicts who made the long voyage by sea to Australia between 1788 and 1868, as punishment for committing one of nineteen crimes. 19 Crimes is now available at the special price of €10, reduced from €14, at SuperValu stores nationwide until stocks last.

To add some fun and intrigue to our tasting experience, 19 Crimes has developed an interactive app which animates three of the 19 Crimes convicts' infamous true stories. By downloading the app and then hovering your phone over one of these bottles, the character on the label comes to life to share their story. 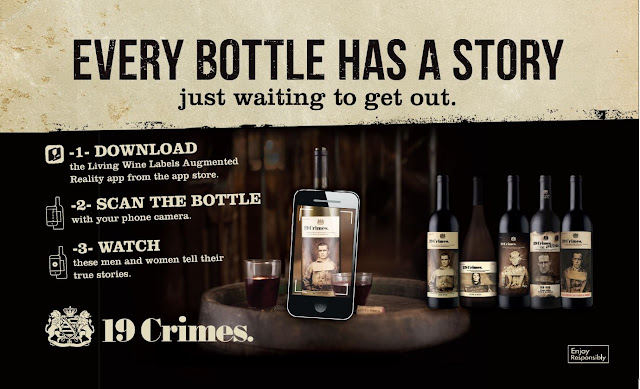 The crimson Red Blend 2018 and light as straw Sauvignon Block 2019 – guilty of being two of the most popular from the brand - are available at the special offer price of only €10 - so when you’re fully submerged in the tales of convicts, we recommend sitting down with a glass of 19 Crimes and enjoying some of the best true crime entertainment. With an abundance of true crime at our fingertips, SuperValu have selected some of the top true crime podcasts, books, movies and documentaries to pair with this wine of the month.

Red Blend 2018 13.5% abv
With a bright red to crimson hue, 19 Crimes Red Blend has an intense lifted vanilla aroma on the nose, balanced with ripe red to dark berry fruits. Full and round on the palate with a distinct sweetness giving a rich and round mouth feel, complimented by subtle flavours of chocolate and a cedary spice. The palate finishes soft and fruity with a pleasant lingering freshness.

Sauvignon Block 2019 12% abv
Light as straw in colour, 19 Crimes Sauvignon Block has lifted aromas of passionfruit, grapefruit, gooseberry, and guava on the nose. A light bodied palate, with a with a fresh, crisp finish its best paired with seafood and poultry. Like the red, this is produced in South Eastern Australia.

19 Crimes value deal will be available in all SuperValu stores nationwide and online at www.SuperValu.ie

You may like to know what the crimes were:

My Bottles
(and corks!)

The Red Blend 2018: As a youth in Ireland, John Boyle O’Reilly was a member of the Irish Republican Brotherhood, or Fenians, for which he was transported to Western Australia. After escaping to the United States, he became a prominent spokesperson for the Irish community and culture, through his editorship of the Boston newspaper The Pilot, his prolific writing, and his lecture tours. 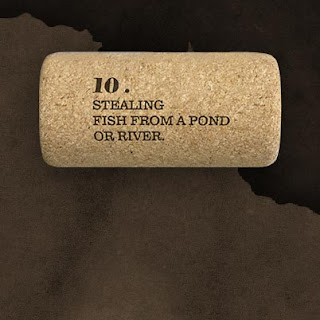 And this aromatic wine is quite a blend with Shiraz (57.1%), Cabernet Sauvignon (19.3%), Grenache (10%) and Merlot (6.4%) included; that was the mix when I first tasted it in 2016. The Australians can blend a wine as good as any other country and can also tell the tales. Each cork lists a crime from the 19 and this one is: Stealing from furnished lodgings.

The Sauvignon Bloc features Mick Moore (looks like a relation of O'Reilly's). He told me from the talking label that he was a blacksmith "for the cause of Irish freedom", better known to his family in Dublin as the Pike-maker, one of the last to be transported. This Sauvignon, not listed on the website, seems to be new to the series, which includes quite a few varietals at this stage, including Pinot Noir, Shiraz and Chardonnay.

Sales of these wines are going up and up. No wonder that Forbes International lauded the marketing: "This is a great example of how a brand can harness new technology for an experience that creates a positive buzz."
19 Crimes Findlaters Supervalu Wine