An exciting new phase in the continuing story of Cliff House Hotel has just begun, with the appointment of a new and dynamic young kitchen team at the helm of this elegant coastal retreat.

Newly appointed Executive Chef, Ian Doyle, and the new House Restaurant Head Chef, Adam Kavanagh, have been working away for the past few weeks, developing menus and exploring the local ingredients and producers of this beautiful food-rich part of the world.

Ian Doyle is already very familiar with Ardmore and the surrounding area, having studied professional cookery at Waterford Institute of Technology, and worked in neighbouring Dungarvan’s Tannery during his studies. He comes to Cliff House Hotel from a period of time working in prestigious, innovative and respected kitchens abroad, most recently four years as Head Chef at two-Michelin star Oaxen Krog in Stockholm. Prior to that he spent two years at world-renowned Noma (also two Michelin stars) as Chef de Partie, including travelling as part of the team for Noma Japan, the six-week Noma pop-up in Tokyo in 2015. Before leaving Ireland, Ian’s experience at home included at Mint in Ranelagh, in Gregan’s Castle, and as senior Sous Chef at Fade Street Social, running the tapas gastrobar. 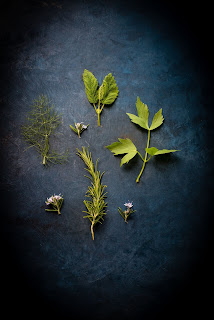 Under Executive Chef Ian Doyle, work has commenced on transforming the dining experience at Cliff House Hotel. Ian Doyle describes their new menus as “very local, seasonal and simple, with no more than three or four ingredients on the plate — a celebration of Irish producers.”Ian and Adam will be looking to Ireland’s land, history and culture for inspiration.  At a later stage, there will be a phased refurbishment of the Michelin-starred House Restaurant at Cliff House Hotel to reflect the menus, using natural materials and contemporary styling to create a strong sense of place and connection with where it is set — directly overlooking the sea, in a spectacularly picturesque location.

Both chefs have a shared focus on sustainability and keeping everything as local as possible, supporting local producers, and capitalising on ingredients to be found wild through fermentation and preserving, elements that will carry through to the menus in House Restaurant.

A seasonal restaurant with a distinct focus on seafood, House Restaurant at Cliff House Hotel will be focusing on sustainability, showcasing exclusively Irish produce as much as possible, developing their coffee programme with a focus on local roasteries, making full use of their greenhouses and sourcing lobsters from the hotel’s seafront.

“We are so much looking forward to exciting times in dining at Cliff House Hotel,” says the hotel’s General Manager, Patrick Shields. “Ian and Adam bring an interesting dynamic and perspective to both the food and the service style, and we hope both our regular guests and new patrons will enjoy the fresh new look and feel of both House and Bar Restaurants soon.”

“Having spent many years abroad learning from some of the world’s best chefs,” says Ian Doyle, “I am happy to be home, and particularly at this fantastic property. There is an incredibly positive movement happening in food in Ireland, with incredibly talented Chefs throughout the country, and myself, Adam and the team at Cliff House Hotel are looking forward to being a part of it.”