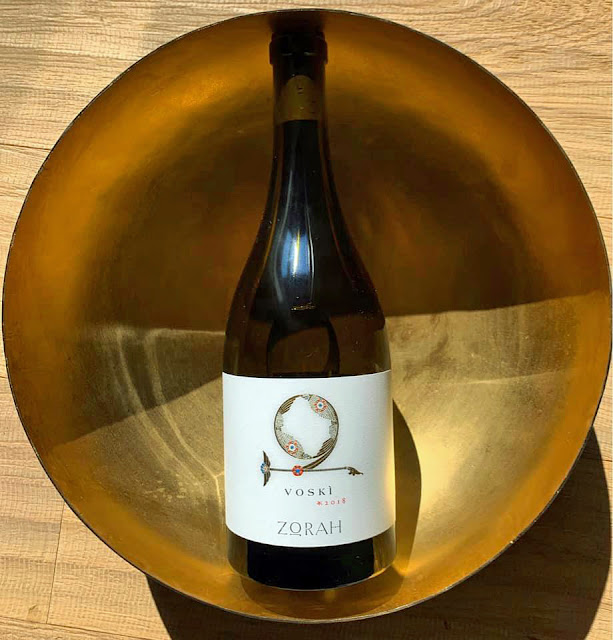 “Now is the restart of the Armenian wine legend,“ declared Zorik Gharibian, owner of the Zorah Vineyards.

Zorik was speaking at the start of his online masterclass, organised by Liberty Wines, last Wednesday. “We lost the link with our history of winemaking.” He referred to the genocide (between 1914 and 1923) and, more recently, Soviet rule which declared that Armenia would be their brandy supplier, a long period when wine played second fiddle. Indeed, the current World Wine Atlas says that “at least 80% of the grapes.. are still distilled into the national drink”.

Armenia may well be perceived as “new” on the wine scene around the world. Perhaps so. But Zorik is optimistic: "We have all the tools needed to be a winemaking country, 100s of native varieties, our high altitude vineyards. Armenia has it all.”

Back in the mist of time Noah, no less, would have had much the same feelings. His Ark landed on Mount Ararat, the country’s holy mountain, and the first job was to plant a vineyard and the wine was used to celebrate.

And the long history in wine that Zorik is rightly proud of is well illustrated in two of the country’s ancient places, one just “in front of Zorah”, discovered in 2007, after he had already set up his vineyard in the Vayots Dzor region. Right here, in a cave (Areni 1), ancient amphorae were discovered and were dated at 6,100 years ago. “They had used the same techniques as us and the grapes were similar too.

Another site from Armenia’s Golden Age, this close to the capital Yerevan, emphasises the wine connection. Here, no less than 480 large amphorae were found. They were in use some 3,000 years ago, “wine-making on an industrial scale”. Zorik’s slide even showed Sumeric script on the neck, detailing the year of harvest and capacity.

They were buried in the ground, up to three quarter level, with a quarter above, a method unique to Armenia. “I was the first in modern Armenia to believe in the amphora”. And he tried various placements, from the whole vessel below ground to the whole unit above but in the end found that the ancient method produced the best results. The Armenian amphora (known locally as karasi) is longer than others, “the most sexiest amphoras I’ve seen around”.

Another important date in the country’s history is 301AD when Armenia “became the first nation to accept Christianity”. Soon there were monks and vineyards everywhere and even now there are monasteries all over the place, always monks and grapes. “Wine has always “been inside our culture”.

So back to Zorik's start, or re-start, in Vayots Dzor, the smallest and least populated region with the highest altitude. He established the Zorah winery on a plateau at 1,400 metres. “Here, there is a great diversity… grapes and other fruits… no pollution... no industry at all.”

There is “a drastic difference" between day and night temperatures here. "The soil is sandy, with great drainage, and we harvest at the end of October. There are no roads after my vineyard, just the mountain.”

Areni Noir is “king of the red grape varieties here … and has no international relations, unrelated to any other variety". At 200m higher, he came across ancient bush vines (200 years old or so), apples and walnut trees too. Here he makes his Yeraz wine, his best wine of which he is so very proud. But he and his team have to fight hard for the fruit. While the old bushes are very large the yield is very limited. So far, he produces just three wines as “they must be more than perfect before release”. Progress is slow.

Progress may be slow but Zoric is always thinking ahead. One aim now in hand and getting there “little by little” is the Heritage Project. The aim here is to create a collection of wines from native Armenian varieties, not necessarily from Zorah (who would be curators, I suppose). “I think it will be worthwhile for wine lovers around the world.”

And another project is geared at reviving the ancient craft of making the amphora. At present there is a scarcity. “I go village to village, knock on doors.” In one house, and he had the photo to prove it, the old lady had a huge amphora and didn't want it anymore as nobody in the family was making wine.

The only problem was the large vessel was in the middle of the house that had been extended around it, so Zoric has to pay for the knocking and rebuilding of an old wall. Zoric, who ran a fashion business in Italy, has friends in the wine industry there (some help out at Zorah) and expects to get help from Italian master craftsmen to train the Armenians.

Besides, he hopes that this will accelerate progress in the local wine industry. “I am happy and proud to encourage, including members of the diaspora, entering into wine. And a few are now using amphorae. Armenia surely has a future with our traditional ageing, our indigenous varieties and our highlands, this is what we must push.”

And push he does: “I keep repeating my presentation.. great potential coming up. And not just a story with mystic notes.. the liquid is there! We can put ourselves in a position of prestige."

He sees challenges rather than problems. That became clear in the question and answer session. “Our grapes are thick-skinned, very tough, suited to our environment. Frost and hail we get, but they are naturally here. Frost is an enemy? No, a challenge yes. 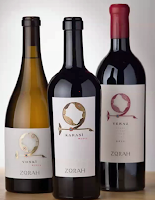 And then there’s phylloxera. "In Armenia yes, but not in my region. It recently arrived in a nearby valley where investors were allowed bring in international grafted varieties. Luckily nothing arrived here yet. I’m proud of my terroir, a unique place. So I hope it never arrives!”

You’ll have noticed that the letter “Z” kept popping up in the paragraphs above. And here is one more example. The colourful design Զ at the top of his bottles is the Armenian letter “Z” with a map of the country (in white) included.

Check out Liberty Wines for their selection of Zorah wines here
For more on Zorah itself, see https://www.zorahwines.com/.
Pics above are slides from the online masterclass.

Back in the 1974/75 season, when Armenia was still part of the Soviet Union, Cork Celtic were outplayed by Ararat Yerevan in the second leg of a second round European Cup tie in the Armenian capital.
amphora Armenia Liberty Wines masterclass Wine Zorah