May 05, 2020
Matt Thompson's Blank Canvas in Marlborough
Harvest 20 almost knocked out by Covid19! 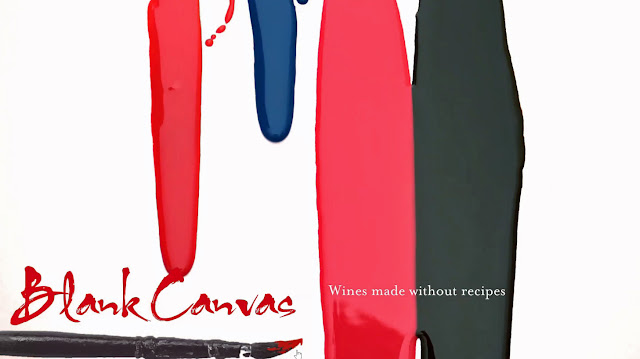 Experienced winemaker Matt Thompson and partner Sophie Parker-Thomson told us about their big escape as they gave the latest masterclass in the current Liberty Wine series. As the virus struck the country, there was a local campaign in Marlborough, where their Blank Canvas winery is, to shut down the industry. “It would have been a nightmare,” said Matt. “The shutdown would have been effectively for a year, not just weeks, a very scary time. There was panic, no insurance to cover it. “ 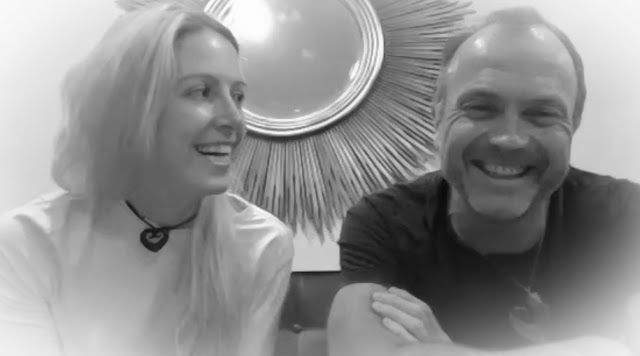 But in the Year of the PPE (personal protection equipment), they were able to continue the vintage. Sophie: “Everything took longer. Both the weather and the fruity quality were fantastic.”

The weather had also been kind earlier, in December, leading to the "most spectacular flowering". The yield was up and, with some varieties having highly packed bunches, there was a danger of disease. “But it stayed dry and there was no disease”, said Matt. “A dream vintage,” concluded Sophie. The work in the winery is not quite finished yet. While they operate mostly on Marlborough, their Syrah comes from the North Island, from the small Element vineyard in the famed Gimblett Gravels area. This has three or four weeks more to go before bottling.

Liberty Wines MD David Gleave introduced the couple saying he first met Matt in Italy in 1994. “He has done numerous vintages in Italy since and also in Marlborough where he also works as a consultant. He knows Marlborough inside out. With his own label he is pushing Marlborough into areas where it hasn’t gone before, making some great wines, including a terrific Gruner Veltliner (with “its stunning yet restrained aromatics”). 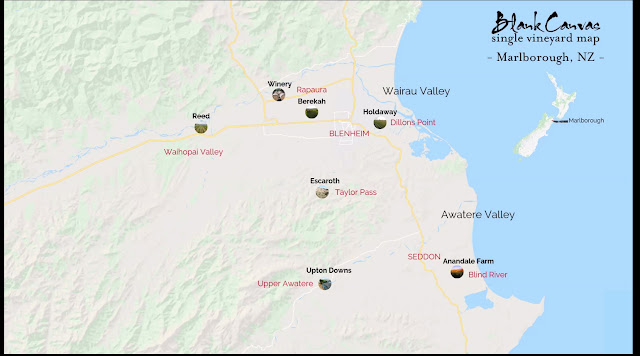 Sophie confirmed that they are pushing boundaries, ”wine without recipes”. Matt said they “make wines for grown-ups”. “We keep it small, helps us experiment. When it works, we bottle it. We have no vineyards, yet, and we choose very carefully where and who we work with."  Note too that all their wines are single vineyard.

“The vineyards are quite spread out,” said Sophie “and we have a very important partnership with our growers.” While the vineyards are “spread out”, the distances between them are not great. For instance, the Reed family vineyard (see map) is just 25 miles inland from Cloudy Bay. The Reeds are not only trusted suppliers but they are also great customers!

The Holding family are nearer the sea and that saline note is present in their Sauvignon Blanc grapes. Healthy soils here too and great diversity. “They don’t plough at all,” said Matt. “Ploughing is a huge contributor to climate change and destructive to organic matter.”

Grüner Veltliner, highly praised by David Gleave, is a relative newcomer to the Blank Canvas portfolio. “It’s fun to make it, totally different,” enthused Sophie. Unusually, the Syrah was co-fermented with 7.5% Grüner Veltliner skins. Matt: “I preferred the white pepper character of the Grüner to the riper Viognier fruit.” 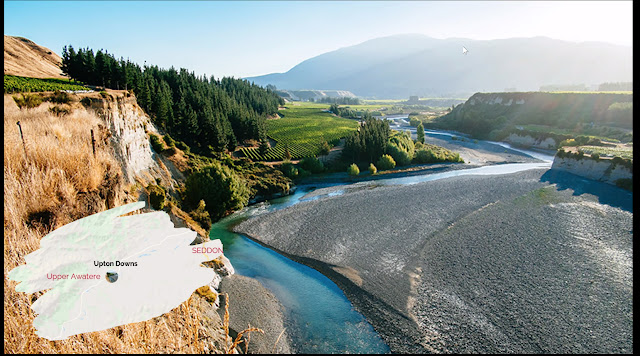 David asked about climate change and specifically mentioned copper sulphites (“effective but doing long term damage”).
Matt confirmed the copper usage in Marlborough “is next to nil”. “Copper is destructive on some flavours of Sauvignon Blanc so that benefits form the next to nil usage here.” He also hinted that a  “biological spray” may be a way forward in the vineyard in future. “It is a spray of competitive microbial bugs that swamp out the pathogens.”

And then we were on to SO2.

Okay, so what is SO2? You’ll see the words Contains Sulphites on every bottle of wine as sulphites occur naturally as well as being added during the process. SO2 is the active form of sulphites and is used in very small concentrations in wine (and in lots of other drinks and food, eg dried apricots, soups, and orange juice). Some wine-drinkers say they get a headache from the sulphites. But, if that were the case, then a couple of dried apricots would give you one as well.

So why is it used?  It can be a bit technical. It is used as an antioxidant and also as an antimicrobial agent (where it is very effective against most bacteria, germs don’t like it). It comes in a bound form and in a free form (each has its own properties) and total S02 is simply the sum of the bound and free. Matt emphasised that winemakers should know more about bound and free as it “is in everyone’s interest to manage it properly”. He also said that industry should talk more about the subject, as it is the preservative of choice for winemakers and the wine industry.

Its use is limited by European regulations, less for red wines, more for white and the highest limit is for sweet (eg Sauternes). If used at those limits or, preferably below, it keeps the wine fresh and, importantly for Matt, helps keep the qualities of the fruit and the place. “S02 can be used to ensure that the wine’s sense of place, or origin, is expressed rather than the microbial diversity under the winemaker’s fingernails.”

Sulphites should not be confused with Sulphides! So I won’t add to the confusion here! 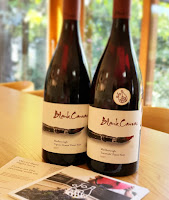 Matt and Sophie are quite a busy and experienced couple. He has 53 back-to-back vintages (northern and southern hemisphere) to his credit, while Sophie has 17. Matt has won countless awards, including being International White Winemaker of the Year (IWC 2008). Sophie, a lawyer by training, comes from a wine-making and hospitality family,  and her wine studies are very well advanced.

He says: “Blank Canvas represents my story as a winemaker.” We’re looking forward to the next chapter.

In the meantime, check out the Black Canvas wines on the Liberty Wines website here.

I’ll be there before you!