Screw Cap and Cork. A masterclass from Tuscany by wine-maker Paolo De Marchi

Tuscan wine-maker Paolo De Marchi saw “the other side of the moon” in the early years of this century. He told us how that came about during yesterday's online masterclass.

Paolo, the owner of the superbly tended Isole e Olena vineyards in Tuscany, has a tendency to see what’s hidden - once he dug holes “everywhere” with a back-hoe to see what the roots of his vines were doing down there. So it was no surprise that when Liberty’s David Gleave MW asked him to start using screw cap on some of his wines that Paolo went into the subject in deep detail.

His initial answer though was negative. “I said not ever!”  But, he decided to try. “The DOCG though does not allow screw cap, it was not easy decision. I have to go deeper, to the moon, to imagine the other side. There may be other answers, so I try.”

It worked out well though. From 2005, the Liberty allocation of Cepparello, with screw cap but without the DOCG of course, went off to the UK and then, not over surprisingly, Australia wanted 100% screw cap. And New Zealand followed.

Clare Valley’s Tim Adams attended a 2010 event in Cork’s Blackrock Castle and his bottles that night were all screw cap. Tim and his neighbouring winemakers went for this method of closure in the late 1990s and are very happy with it. “But we are still learning...the process of evaluation is long term... could go on for 20 years”. They are well into that now!

As indeed is Paolo. And Paolo is better placed to speak on the merits of screw cap versus cork as he also bottles the Cepparello under cork for Italy, for Italian restaurants abroad, for long established importers in the UK and also for the USA. “Screw cap is more popular on white wines… every year increasing.”

“Twelve vintages now we have screw cap. Very hard to choose.” But he did indicate that the best wine you’ll ever drink will be from cork, indicated also that screw cap wines are excellent and more consistently so.

“Cork is always a mystery. Screw cap is less of a mystery - just check for physical damage to the closure, maybe a little shock on the cap. But I still prefer the wine from the cork,” and then he smiles, “from a good cork”. 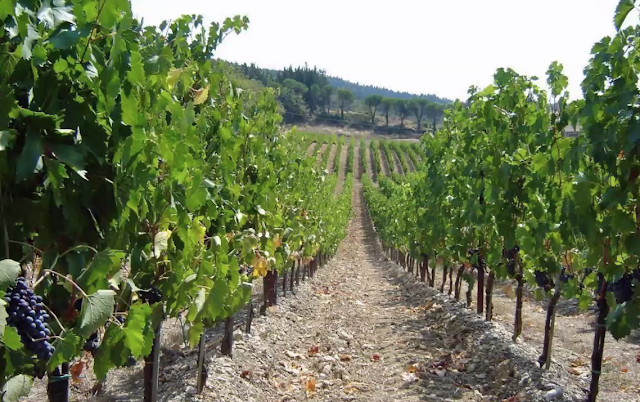 As they age, he maintains both will be beautiful if different. “But that’s a minor problem. When you have a beautiful wine, enjoy it.”

David Gleave agreed. “You’re right, either way there’s diversity (diversity even within cork). Besides, corks are getting better but my personal preference is for screw cap. The tannins evolve a little more slowly. It is more consistent and Cepparello is well suited” Paolo, by the way, also does a superb Chardonnay under screw cap.

The Portuguese cork makers did up their act after the turn of the century shock from down under.  Back in 2013 in L’Atitude 51, Philip Grant of Chateau Bellevue la Foret, Fronton AOC, said he had noted a major improvement in the traditional closure since 2001 “when the Portuguese cork industry reacted to the enormous pressure they was coming under from the emergence of the screw cap as the favourite closure of Australia and other wine producing countries”. 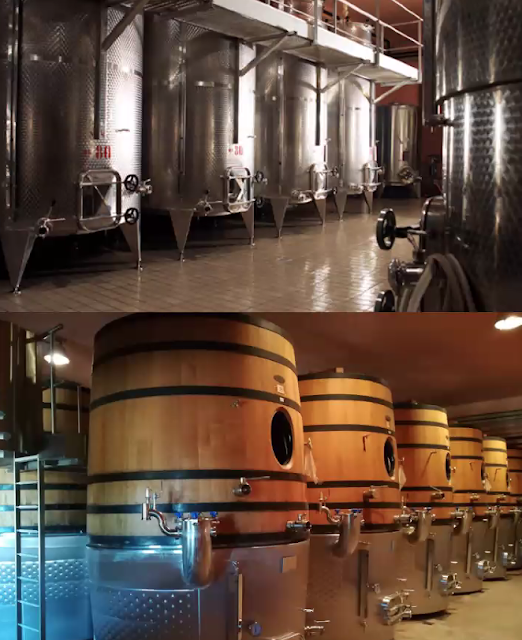 Philip insisted that consistency is guaranteed under screw cap. He had very little to say in favour of the synthetic cork, beyond indicating that it may be useful for wines that are intended for a very limited shelf life and he meant months!

Paolo of course had an opinion. ”I don’t like DIAM - a wannabe cork!” The synthetic Noma though is “more interesting” and he might take a look at that. 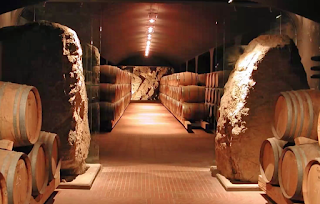 Just to finish with a note or two on the Cepparello (first released in 1980). This is a Chianti Classico - it will be on the label if you buy the cork version, won’t be there if you buy screw cap. The grapes are grown on the estate which is right in the heart of Chianti Classico between Florence and Siena. It is a blend of Sangiovese 80%, Canaiolo 15% and Syrah 5%. 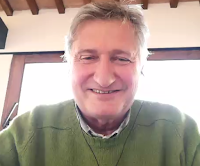 Why Syrah? That was a popular question during the Question and Answer session that followed Paolo’s talk. No hesitation from Paolo. “Syrah, because it ripens well, adds colour and spice, and blends very well with Sangiovese.”

Lots of other questions too for Paolo before he could take a break but I didn’t get the tail-end as my connection began to act up. Looking forward to the next masterclass from Liberty Wines and their team!