Cheers. Latest Episode #2 . Keeping You Up To Date With Wine, Beers, and Spirits

Join Jack & Stephen Teeling for a live tasting of these new releases on the Teeling Whiskey Facebook page tonight at 7:30pm (Dublin Time).Both bottlings will be available to purchase from our distillery gift shop from May 19th.
For more information on these new single malts please visit our blog: https://teelingdistillery.com/two-new-single-malt-whiskeys/ 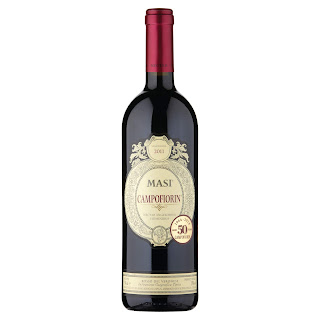 MASI CAMPOFIORIN is Wine of the Month!
€15, Was €17.49
Rich, smooth, velvety, very approachable and versatile with food. This is MASI’s original Supervenetian recognised internationally and inspired by the technique of making Amarone. Combining simplicity and grace with strength and majesty.

Other to check out:
COSTA MEDIANA AMARONE
€20 Was €25
Deep purple red, ripe fruits and luscious nose, full body, highly alcoholic yet so round to remind a certain natural sweetness.

SARTORI VALPOLICELLA RIPASSO 75cl
€10 was €19.99
Ruby-red, tending toward garnet with age. Black cherry with some earth notes. Round and
well structured, with rich fruit and soft tannins.

RICOSSA BAROLO 75cl
€20 Was €24.99
The Barolo, Piedmont’s most famous wine, is produced with Nebbiolo grapes grown in the eleven
municipalities of the DOCG. A wine of robust, austere but velvety and harmonious body.

O'Briens Wine
Have your favourite Montepulciano back in stock!🍷🍷
and a whole lot more besides! 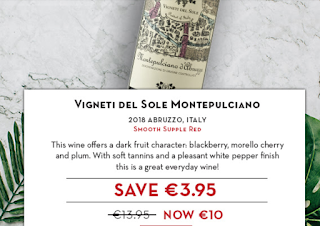 Pour Your Own Pint with

Don't we just deserve this 🥰, 8 weeks is a long time without a proper stout.
See our website for details on how you can have this. It's soooo simple.  #stagstout #draftbeer #glutenfree Pour Your Own Pint! All revealed in their video here
Please drink responsibly

Austria Opening Up after Virus

After Austria’s economic activity came almost completely to a standstill because of the Corona restrictions implemented on 16 March, all of Austrian commerce was able to open its doors again on 2 May – of course, in compliance with strict safety and security regulations. The hospitality industry is scheduled to follow on 15 May, and the hotel industry at the end of May. After suffering weeks of interruption to their most important sales channels, relaxation of these restrictions also means a bit of easier breathing for Austria’s winegrowers.

But what is the situation like in Austrian wine’s most important export markets? Read more here. 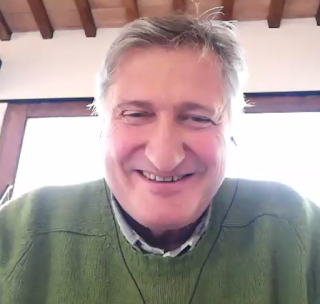 Tuscany’s iconic producer Paolo De Marchi (right) has famously had to classify his top end Isole e Olena Chianti as an IGT wine because he uses 100% Sangiovese. But the other reason he has fallen foul of the Consorzio is that, since 2005, he has been putting an increasing amount of this super premium wine under screw cap. So why has he done this and what difference does it make to the finished wine? Justin Keay talks to De Marchi about his controversial decision and tastes both versions of the Cepparello 2016 to see if a professional palate can tell which is which? Read more on the subject here from The Buyer
Austria Chianti O'Briens Wine Supervalu Teeling Whiskey