An Irish and Belgian Beer Quartet play a pretty tune on a Friday evening. 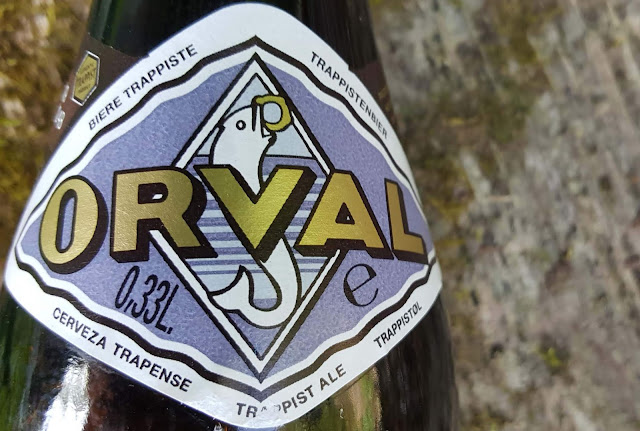 The monks (Trappists, not Thelonius) in hot form, once you serve it at 12-14 degrees.

The glass fills up with a cloudy amber. Jawbone is the name but this Pale Ale from the Cork city-centre micro-brewery has quite a bit of backbone and harmony reigns between the malts and the hops. Very well made ale and terrific with food, especially if you get it on draught in the five Cork restaurants owned by the Market Lane group.

They say: A strong English style Pale Ale brewed with Maris Otter Ale malt which imparts a rich malt flavour and balanced with the hop varieties Pilgrim and Fuggles.

All the Elbow Lane beers are named after lanes in Cork City. Jawbone Alley (now Ballymacthomas Street) was/is located off Glen Ryan Road close to Blarney Street. They also produce an Ale (Wisdom), a Stout (Angel) and a Lager (Elbow). 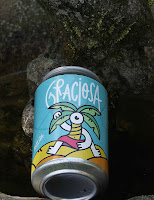 They say: Brewed in Waterford by Metalman for Hopfully. The label warns: drink fresh, do not age! It is unfiltered and unpasteurised. Indiscreetly charming and full of character.

Dublin based Hopfully match art with the beer and the colourful cartoon on the can is by Albert Terre.

Bet you’d like to know about the beer now…
Colour is close to a Citron Pressé, cloudy. Citrus and more exotic notes too in the aromas. The beer has been dry-hopped with Citra and Chinook. Overall, a very pleasant and a satisfying hoppy mouthful, full of flavour and refreshing. Thumbs up for the lip-smacking beer. Maybe not so much for the hype. Indiscreetly charming? Is that like, kiss and tell? 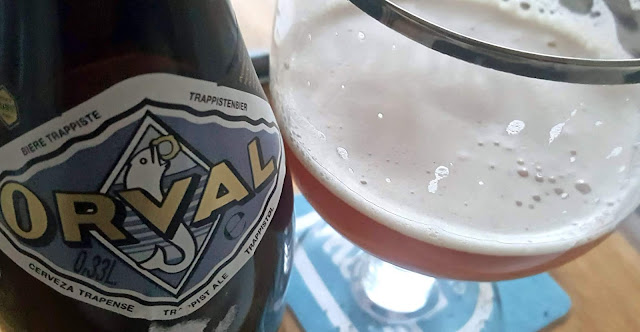 Served this at the unusually high recommended temperature of between 12 and 14 degrees.
Dark amber/orange is the colour, hazy in the chalice with quite a foamy and long-lasting head. Aromas are complex, yeast and hops plus orange notes and herb-y hints also. Complex too on the palate but all’s in harmony as the fruity and hoppy elements smoothly amalgamate, a creamy feel in the mouth, sip it slowly and savour the complexity before the long and dry finish reaches a slightly bitter finalé. This amazing beer has been quite a while in the making, so take your time and contemplate its many pleasant qualities. Not too many like this around!
The Brasserie d'Orval, located inside the Abbey, was created in 1931 to finance the huge construction site for the reconstruction of Orval. From the start, it hired labor, including the first master brewer, Pappenheimer, who created the manufacturing recipe.

Pappenheimer, originally from Bavaria, adopted the English method of raw hopping to give it a variety of aromas while maintaining its level of bitterness.

The Guardian Angel, with it is a superb view of the still functioning Abbey, is a quiet and welcoming place where time seems to have stood still. This tranquility is shared by visitors who come with family or friends to taste the two flagship products of Orval: cheese and Trappist beer. The cheese story started long before the beer.

The website by the way is well worth looking up and includes recipes made with the beer or designed to be eaten with it, like this Fish Soup. Various recipes, using the beer, on the site, including this for the Fish Soup; https://www.orval.be/fr/page/507-recette-de-cuisine-a-l-orval . A fascinating story. 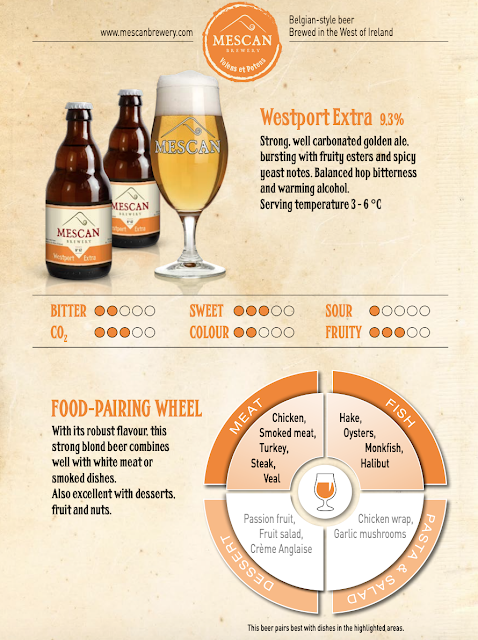 Mescan may not have had an abbey but he was St Patrick’s right hand man and personal brewer so may well have brewed up a potion that forced the snakes to hightail it out of Ireland. The new Mescan beers are more likely to keep people here!

This Belgian style beer is extra in many respects, the label tells us: extra malt, hops and time to condition. So extra had to come into the name of this Strong Golden Ale and do give it the extra care it deserves. All Mescan beers are bottle conditioned and note too that the recommended serving temperature is a cold 3 - 6 C.

Gold is the colour, as you might expect, but a bit hazy, like Croagh Patrick on a misty morning with the sun coming through. The extra malt pumps up the alcohol, warming yes but there is no burn here, all’s in balance.

Carbonation is high too and you notice that immediately on the palate along with concentrated fruit and yeast, a touch of caramel also. Wave after wave of flavour all the way to the finish. Belgian style and Irish finesse earn a Formidable! See photo for food pairing. 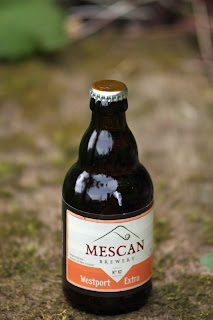 The brewery is situated on the slopes of Croagh Patrick and is owned and operated by Bart Adons and Cillian Ó Móráin, two Westport vets (veterinarians, not veterans!), who have been friends and colleagues for nearly 20 years. The pair spent four years perfecting their original recipes inspired by the beers of Belgium, Bart's homeland, before starting to brew commercially in 2013.