“There’s a vast array of grape varieties in Portugal, a vast array of indigenous grapes that few of us know anything about” said Liberty Wines MD David Gleave as he introduced  Sogrape Vinhos winemaker Antonio Braga, one of the brightest talents on the Portuguese scene, making wine from Vinho Verde to Bairrada and Lisboa, to this week’s online masterclass. “Antonio is a great guy, a great winemaker and great that we’ve got him here today.”

Antonio has worked in most areas in Portugal, having started with the Douro reds. “Now he is mainly looking at white”. Also with the same aims though: balance, character and terroir, to present the best expression of the terroir in red, rosé and white. With the whites in Portugal there is a strong Atlantic influence, cool in Vinho Verde and around Lisbon. The Douro and Alentejo are warmer and so you get more reds here.

Arinto was the first grape he spoke about, known as Pedernã in Vinho Verde. As Antonio said there may be over 300 indigenous grapes in his country but many more names! He reckons, because here you find it in its greatest DNA variability, that this one was “born in Bucelas”, next to Lisbon. It is a “good variety, travels well, even inside Portugal.. it presents a few challenges though and canopy management is important.” 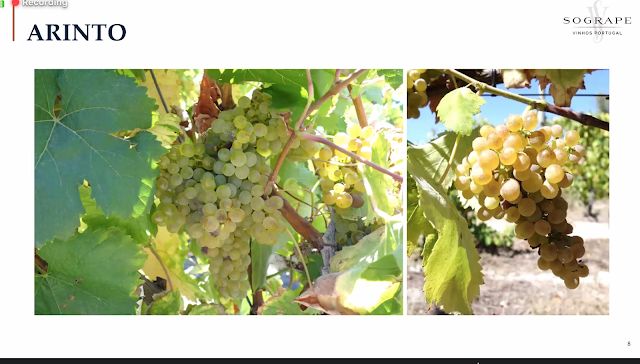 Next up was another white grape, the Alvarinho (better known as Albarino in  neighbouring Rias Baixas). David Gleave told us and Antonio that he loves the Alvarinho at Azevedo, “a different style” to that across the border. Antonio though hinted that there is more to come from Azevedo. “Still work ongoing to improve it… studies going on… We’ll be able to deliver better in the future.”  And he also said that the Alvarinho blend with Loureiro (another local white) is “more than happy”.

Later, during the Q & A session, Antonio spoke on the different styles of the Alvarinho. “We are always experimenting both in the vineyard and winery. So many different tools to work with.” One of the main ones would seem to be the endless enthusiasm and curiosity of Antonio himself.

He also loves the texture of wines made from the relatively recent Sercialinho grape with its classical aromas, vibrant and crisp acidity. Other Portuguese white grapes that you may have come across: Loureiro, Encruzado, Trajadura, Bical, Rabo de Ovelha, Gouveio, Viosinho and Sercial. 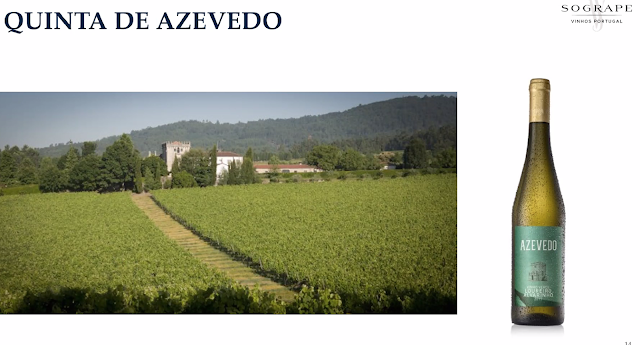 Alfrocheiro was the first red he spoke on, “a new passion for me”. He acknowledged it was hard to pronounce but “worth the effort to get a glass!”. “Now is the time for Alfrocheiro,” he declared.

Though he is now concentrating on white wines, “still in my heart is Touriga Franca and Touriga Nacional”. The Franca,  he says, “is very consistent” while the Touriga is “the queen.. amazing… lots of floral aromatics.. great balance… love to use it in blends with the Franca…”

There’s much work going on at official and other levels in an attempt to classify and preserve the native Portuguese varietals and David Gleave asked Antonio, during the Q & A, if there are any surprises out there. He answered: “So many varieties… a world of secrets to be discovered… an adventure.. As winemakers, we will discover these wine treasures and present them to the market."

One questioner worried about the survival of Field Blends.
Antonio: “I like to blend, I like to test. Back in the 80s there were many blind moves but nowadays it is more cautious, more testing. If we like them, we keep them. We try to keep the field blend alive. It is part of our patrimony, very important.” 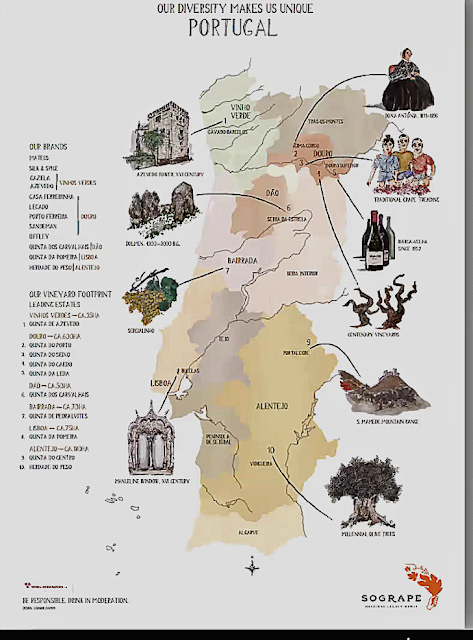 He was asked about oak and had he a preference as to where it comes from.
Antonio: “Focus is on the final product. I want to show origin, not cooperage, but a good barrel is wonderful for wine! Must be top quality, no matter from where, don’t like to buy at second level.”

Does he compare international varieties? He had earlier touched on Alvarinho and Albarino.
“I love comparisons, great for learning. I’m inventive, like challenges. The blend of the Tourigas is close to Bordeaux.”
The Touriga Franca as a stand alone varietal?
“I love it but, on its own, tends to be unidirectional. But works very well in blends.” 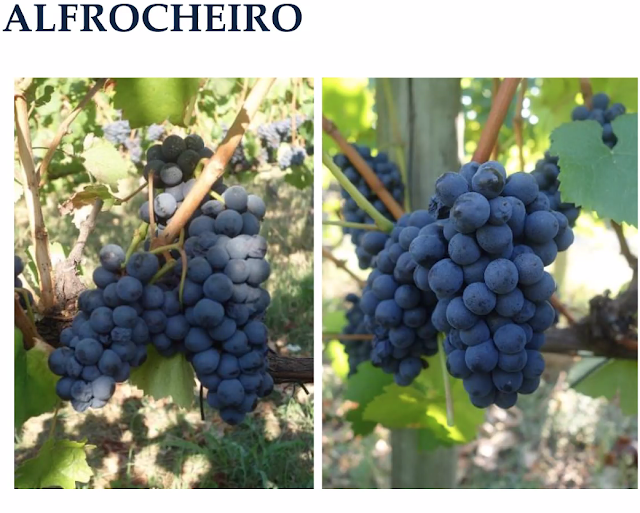 Organic, sustainability, climate change came up in a few questions.
Antonio: Focus is more and more on sustainability. I would
l like to present more organic and biodynamique but we still haven’t made that move but that’s the trend.”  David Gleave did point out that it is easier to go organic in the warm areas (Douro and Alentejo), but would take longer in Vinho Verde and Antonio agreed. 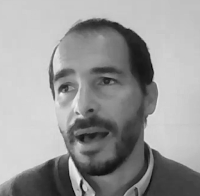 Dennis of Liberty Wines, our usual doorman, coordinated the Q&A session and had one himself towards the end, asking Antonio his opinion of Encruzado.
Antonio admitted to falling love with it. “It grows in complexity as it ages, is great for oak ageing. It has a wonderful gastronomic ability to cut through fatty foods. It is an autumn wine, a fireplace wine. It may not be in fashion but it is a wonderful variety, wonderful to work with.”

And, on that upbeat note, we left the meeting, as they say on Zoom.

* All pics are screenshots from the masterclass.