Biodynamic Californian Winemaker Ted Lemon and “the things that lie behind”

April 15, 2020
Biodynamic Californian Winemaker Ted Lemon and “the things that lie behind”.

Biodynamic Californian winemaker Ted Lemon (of Littorai) gives a different kind of masterclass, to say the least. Indeed, his mention of his wines comes in a hurry at the end. But, even some hours before last Wednesday’s online masterclass began (with some 170 attendees), we had been invited to view two videos (links below).

One was about dandelion seeds and how they can travel as much as five miles, propelled by an amazing natural “vortex” system. If the first video was micro then the second was macro, recorded by the international space station and showing a stupendous display of both the Aurora Borealis and Aurora Australis phenomena  set to Pachelbel's Canon in D Major.
At the end of Ted’s talk on biodynamics we had some understanding of the forces that act upon our world. And forces such as those in the video, both micro and macro, are at work in biodynamic farming, “the things that lie behind” as Ted said. We have a beautiful world and we need to start looking after it. And also looking more closely, more deeply.

Liberty Wine’s David Gleave introduced Ted saying a wine masterclass was a “strange exercise without wine. “Ted,” he said, “is a great speaker. He makes fabulous wines and his story is good too.” Ted again surprised us by beginning with a 14th century Persian poem called a The Happy Virus:

When I was out singing beneath the stars.

It is remarkably contagious – So kiss me.

He was the first American ever selected as winemaker and vineyard manager of a Burgundian estate, Domaine Guy Roulot in Meursault. He has also been consulting winemaker at top wineries in California, Oregon and New Zealand.

Despite his success in France, as part of the mainstream wine industry, Ted began to have doubts. He saw the land there was being poorly treated and began to think there had to be another way.

He found that in biodynamics and, after quite a search up and down the west coast of the USA, found his place at Littorai and set up there in 1993;  he and wife Heidi went on to build their winery in 2008. It is a small, family run winery producing world class single vineyard Chardonnay and Pinot Noir from the true north coast of California: the coastal mountains of Sonoma and Mendocino Counties.

The cause for Ted’s search for “another way” emerged in a question and answer session being chaired by Dennis Drazan Sunjic. Here’s a flavour..

“How soon did you see signs of the difference that biodynamics were making?”
Within six months was the answer. "By August/September, I noticed the growth of plants between the rows of vines, plants that I hadn’t seen before. And then the good signs snowballed."

“What is the best size for a biodynamic vineyard?”
Ted didn’t see any problem with size. There are some really big BD properties in Australia for example. You just have to adjust for scale.

“BD seems to work best when it is at the heart of a community and culture. With the mindset we now find ourselves in with lockdowns and climate change etc, what do you think can be done to return farming to a localised level and do you think that this is a good thing?”

Ted said there are some great examples currently of that type, both big and small, even in urban areas. The aim really is quality, not quantity, and the question is would we spend a bit more for it.

Earlier, Ted had taken us through the “Western” agricultural history, from hunter gatherers, to nomadic cultures, to traditional community farms and then to the Agricultural revolution of the 17th century, right up to the family farm.

Then came the Industrial Revolution, the world wars, the petro-chemical industry, the loss of diversity. “Did you know that in France, at the end of the 19th century, they had 3,600 different apple varieties? By 1950, there were just a few hundred left.” 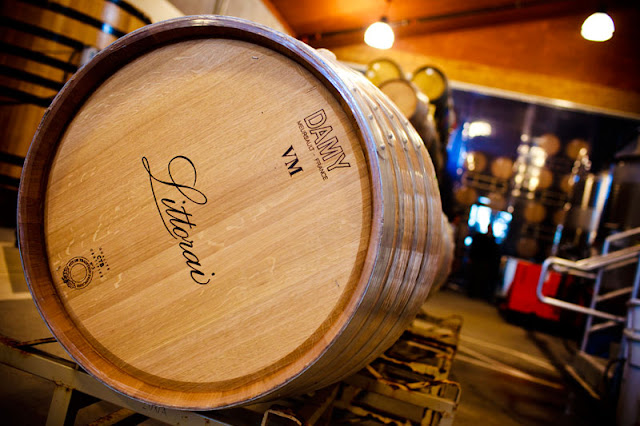 After the wars, the family farm was increasingly replaced by the industrial farm, more inputs bought in, the produce now geared towards the market. Working for profit became the norm. “More fertilisers.. less and less variety”. 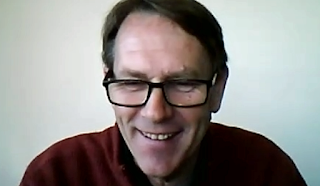 Ted cited Rudolf Steiner as one of his main influences and then took us through the use of Preparations, unique to BD farming but with which you may be familiar. Preparation 500 is animal material in an animal sheath while 501 is mineral material in animal sheath (often a cow’s horn). Vegetable material may also be placed in a sheath. And then there’s the use of herbal teas, as tonics, enhancers and stimulants.

Interestingly, cow manure is a key part of BD. The manure contains nitrogen, phosphorus and potassium and more. Cow manure compost provides a much higher yield in humus per acre than simple dung left on the field and humus is the most important carbon sink on the farm. “Cow manure,” said Ted, “is a balanced manure and easy to collect.”

And then there are some little things. “Take care of the worms,” he said. Give them the conditions to multiply and they’ll reward you. The bees and the pollinators must also find a welcome. Plant those wildflowers and you’ll be rewarded. But don’t just hire in swarms as they do in the almond orchards of California. “A healthy farm is a self-contained, self-sustaining individuality.”

Observation is hugely important. Ted surprised himself when he began to study the gophers on the farm (we don’t have them in Ireland!). “Pure destruction, you think”. But their digging underground “has a beneficial function”.

“Our job as winegrowers is to work in harmony with nature and not in opposition.  Our vineyard work centres around enhancing systemic ecological health so that our vineyards do not succumb to attacks but bend like reeds in the wind and then return to their natural, healthy condition.”

Towards the end, Ted was asked to talk about their recent vintages. I noted the Pinot Noir comments. The 2010 is hardly recent but he was full of praise for it, “quite exceptional”. The 2014 and 2016 are “more classic, the 14 a little more elegant”. The 2015 “will age”, so perhaps wait for it is the message here.

It is the opposite with the 2017. “Drink them young and enjoy the fruit from a very hot vintage”. “The 2018 seems to have everything… will be a classic, while the 2019 is looking good.” More about Ted's wines here.