June 10, 2020
Behind the scenes at El Bulli with the men
behind the versatile wines of Gallina de Piel

David Seijas and Ferran Centelles both worked as sommeliers at the world-renowned El Bulli. Liberty MD Davie Gleave introduced the pair at the latest online masterclass.  “We have been working with David for the last year, since we started distributing his wines, Gallina del Piel. David and Ferran will be talking about their El Bulli experience, talking wine lists, food and wine pairing, service, and working with a team of sommeliers. David will also talk about the transition from sommelier to winemaker. His wines from Gallina de Piel are made with the aim to create a versatile selection from Spain’s gastronomic northern regions; Catalonia, Aragon and Galicia. It should make for a very interesting discussion”.

The pair met at El Bulli and David remembers his first day. “I was 19 years old and the first thing I was told was there were 55 different types of glass here. And that first day was spent learning about how to correctly use those 55 glasses. It was crazy!”

Ferran, like David a sommelier in the famous restaurant, also had some amazing figures, like the two million applications annually for seats. With the restaurant closing for six months every year, it meant only 8,000 of those applications would be successful!

The wine list ran to over 1,600 bottles with Burgundy, Bordeaux, sparkling and Spanish wines highlighted. “It was a friendly place not a very formal service, but the wine menu was classic”.

Ferran continued: "There were over 10,000 bottles a year consumed, about 1.5 bottles per person per visit. There were 40/50 preparations (dishes) on the menu. David: ”With all those dishes, the pace was fast, kept up over 4.5 to 5 hours”.

Ferran again: “We tried to slow the drinking, to make people relax and not to drink too quickly. It was part of our job to encourage them to take it step by step. We had to pay attention, it was intense. ” And he revealed that the very best bottles weren’t opened with the food. “They were opened after the coffee, when people were relaxed, not in a rush.” 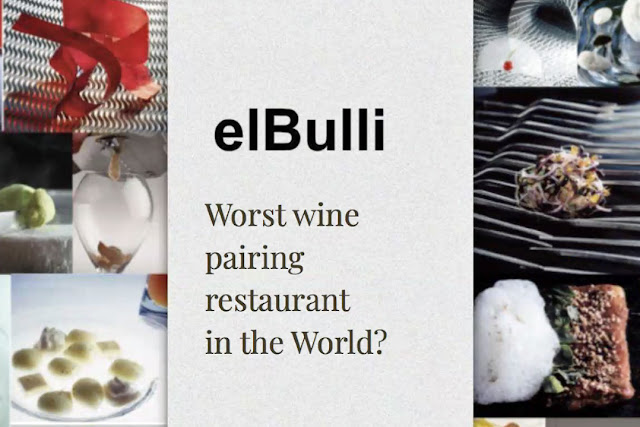 While some 65% of the wines chosen at El Bulli were based on the recommendations of the somms (four on duty per day), the duo admitted that food pairing wasn’t a strong point there, especially with the huge number of “courses” flying out from the kitchen. 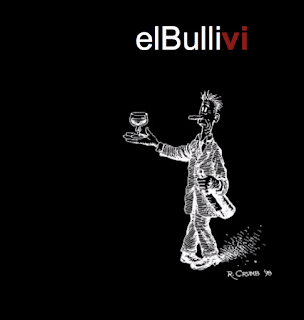 They developed an electronic wine menu “quite cool and revolutionary for its time”. It was very quick and very easy to use and people could choose online from it.

All the info and stats from one year was studied and became a guide for the following year. You can see from the chart they shared that white wines was most popular with 30% and both men were disappointed that Sherry could only manage 5%. Ferran: “We don’t see why Sherry is not more appreciated.”

David said the El Bulli experience, with 6 months open, 6 months closed, "was like having two different lives in one year". “Fifteen hours working per day and then the time off at a different pace entirely.” “A time to do research,” according to Ferran.

And that research continued when El Bulli closed for good in 2011. David built up his wine experience by travelling all around Spain, checking vineyards, varieties, talking to the people on the ground; other activities included teaching on the subject and writing wine books. 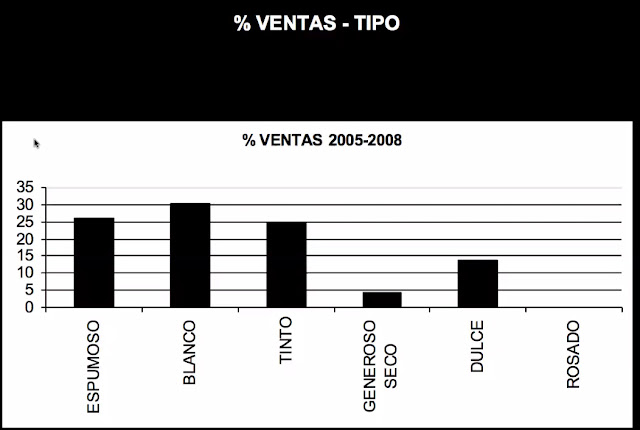 “Now, I’m bottling what I learned from all the people I’ve met over the last ten years.” Understanding the menu is part of that, the tapas culture in Spain, the fact that the same place can have fish and meat and more on the menu. So he sought to make wines that are “dynamic” and “versatile”, wines that work across the menu. "All the chefs from El Bulli now have their own restaurants and I wanted to sell to them.”

Both agreed that El Bulli may have been the best restaurant in the world but was probably the worst for pairings. “We weren’t good at that,” said Ferran.  David added it was very difficult to pair in such a varied menu though there were some outstanding matchings. And so wine and food pairing became an obsession with them.

It was at El Bulli that David learned that you need a versatile wine and he found inspiration in the work of Jennie Cho Lee MW and founder of the Asian Palate. She emphasises “versatility and drinkability”.

So David’s wines are made to “respect the cuisine, respect the gastronomy, repect the food”. All this is important. “Freshness and fruit-driven is important, always with local grapes.” And he is now working on single vineyard wines, the top of his personal pyramid. The red will be from very old Carignan, the white from a local grape in Tenerife, both will be very limited in supply.

Gallina de Piel Mimetic Calatayud (DO)  is his “entry level" red which, like the white, I have absolutely enjoyed and recommend.

It’s a bright juicy Garnacha (98%) - David is a major fan of this grape - with an engaging freshness. Colour is a mid to a dark ruby. Dark fruits with a touch of herb (marjoram), feature in the aromas. First thing I noticed on the palate is the balance, no extremes in this graph, and that perfect harmony continues between the delicious fruit flavour and acidity. A touch of spice adds interest through to the lengthy finish. Elegant and fresh, this is Very Highly Recommended.

Mid straw is the colour. Fragrant for sure, floral and citrus (lime). Immediately you note that tingly feel at the tip of your tongue, a feel that soon spreads, right through to crisp finish. Citrus flavours are subtly influential in this fresh and rather elegant white. Highly Recommended.

Xarel-lo is a light-skinned grape from Catalonia, northeastern Spain, and is one of the region's most widely planted varieties. It is perhaps best known for its role in sparkling Cava. The other grapes included here are Malvasia (10%) and Muscat of Alexandria (5%).

Now I have to start climbing his pyramid!

After a very informative and often humourous presentation, the Q&A at the end was necessarily brief. There was a question about how different varieties may deal with climate change and in the answer Ferran called Tempranillo “a stupid grape”! “Garnacha is a very clever plant, can adapt to temperatures, knows how to deal with high temperatures, and shuts down. But Tempranillo stays working, a stupid grape! Garnacha is more for the future.”

These very experienced guys enjoy their wine. For sure. And you can too by climbing that pyramid! Take it from me that even the first steps are very rewarding indeed.