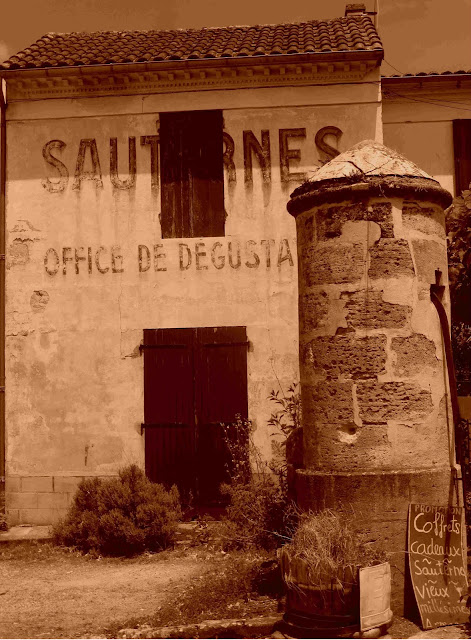 Jean-Christophe Barbe is a professor of oenology at the University of Bordeaux, and his specialist area is noble rot, and that was the focus of Tuesday’s Liberty Wines Masterclass via Zoom. He has plenty of first hand experience with this, as he and his family own the 14 hectare estate, Château Laville, in Sauternes. The Château Laville Sauternes is a frequent recipient of awards including a Gold at the latest Decanter World Wine Awards – showing Jean Christophe not only has a huge knowledge on the subject of botrytis, he knows how to work with it to create outstanding wines. 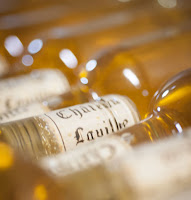 When I last visited Sauternes, I actually bought the 2001 vintage of Chateau Laville in the village. That was back in 2014. Things have moved on since then of course. Jean-Christophe reckoned that the best recent vintages were those of 2009 and 2011 with 2010 well up there as well and said his personal favourites are the ’09 and the ’16. “We’ve been lucky, we’ve had lots of good ones over the past 30 years.”

He has been managing the estate for the past 20 years, following five years of working there with his family. Sauternes, as I found out on my visit, is quite a small area, “just five villages” according to Jean-Christophe. The River Ciron is an important factor in the development of botrytis or Noble Rot in Laville (while for other growers, the Garonne is closer). Sauternes is in a slight depression and the river and the regular fog bring “a lot of wetness” and that “fog is powerful for botrytis”.

But nature needs a helping hand. All that dampness could lead to mould that would just rot the grapes. Jean-Christophe explained: “The wine grower must be clear on the evolution of botrytis as grey mould is not botrytis.” To get the desired Noble Rot, good aeration is required and that can be obtained through judicious pruning and the vines must be properly managed to “have well positioned bunches”.

And then, in the later stages, lots of patience is required. At a certain point, the fruit is ripe enough to make a normal still wine but it will take up to 30 days beyond that and sometimes more before the harvest is completed. And there’s the danger that botrytis could go too far in the riper bunches. Once enough grapes are ready the picking can begin, all by hand, grape by grape, not bunch by bunch (though that may happen in the later stages). A few passes (painstaking picking, berry by berry) are required as grapes will have different maturities. Up to five different pickings are possible.

Where did the love for sweet wine come from? Jean Christophe first told us a “story” that it was born centuries ago when the owner of Chateau d'Yquem went off on a long trip to Russia and gave orders that no wine should be made until he returned. That return was delayed and when he got back to the chateau, the rot was everywhere. But being winemakers, they decided to harvest and were so surprised with the beautiful wine that they decided to wait for the rot every year after that.

“That story is too nice,” laughed Jean-Christophe and then he related the “historical fact”. In the late 17th century, the vineyards were run by tenants and the landlords took their rent in wine and, what’s more, the owner choose the barrels himself. "There is a lot of information on this in writing.”

After the revolution, there was concerted action by the tenants and that year the harvest was late. The landlords were impressed with the quality of the wine and the price they got for it and they now wished to have wine with a lot of sugar as there was a market for it. That market was between Bordeaux and the Dutch who were indeed looking for sweet wines. So while local conditions made the wine, the market (the Dutch may already have had a taste for sweet wine) allowed it flourish.

Later in the Q&A, Jean-Christophe was asked what did he think of countries who were inoculating the mould to make sweet wines.
“They are perfectly managing their situation, in those areas, they are also able (allowed) to irrigate. But we rely on nature, the river, the fog, the rain." 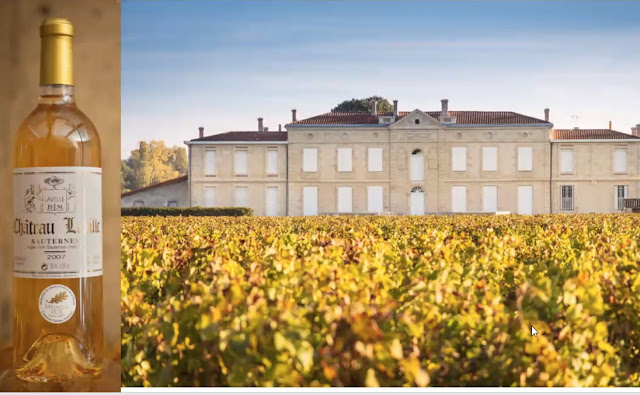 Another answer revealed that that the industry has problems closer to home. Jean-Christophe: "In France, there has been a drop of 15% in dessert wine consumption as compared to a drop of 30% in overall wine consumption. Often, it is the older drinkers who drink it though the younger people are coming back to it. Some estates are turning to making white wine but at the moment not a very high volume, more a diversification.”

* My 2001 Laville was one of the very good ones. Here’s what Jancis Robinson had to say about it. “The rain that spoilt the reds encouraged botrytis to such an extent that this is a truly magnificent long-term vintage…..”. So I got lucky when I called to the Maison Du Sauternes in the village and bought four bottles, though just one of the 2001. The helpful man there helped me wade through the catalogue that had many Sauternes on offer, from twelve euro to twelve hundred!

Links to Previous masterclasses in this current series, all recent:

All The Sun In The World But Pedro Parra Wants Cloud