Direct from the Cocoon, Round Four of our Irish and Belgian Beers

Round Four, direct from the cocoon, of our Irish and Belgian Beers
#4

Colour is close to amber, plenty of bubbles rising (naturally carbonated), white head hangs around for a while. Good hoppy backbone carrying tropical fruit flavours across the palate and into the very satisfying finish. One of the best bottles of IPA you’re likely to come across and you can taste why this is one of their core range.
You may see natural sediments at the bottom of the bottle. Avoid, if you wish, by pouring carefully.
Kinnegar’s craft beers are brewed in a new brewery in Letterkenny.  “Our roots are deeply embedded in the hilly fields and farms of northeast Donegal. This is the perfect environment for the way we make beer. We don’t filter or pasteurise, and we let our industrious little friends, the yeast, carbonate the beer naturally during fermentation.” We visited the brewery last autumn and you may read all about it here. 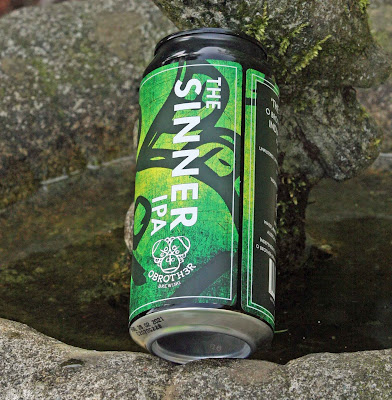 A light gold colour, white head (for a shortish stay). Aromas fruity (citrus, exotic) and floral. Lively and fruity (those soft fruits again) with malts and hops balanced on the palate, before a dry finalé with the hops to the fore. Different, somewhat drier, compared to the Kinnegar and another for my short list. Going well tonight!
This is unfiltered, unpasteurised, unadulterated and you are advised to drink it fresh with the recommended serving temperature at 8°- 10°.
Barry, one of the three brothers involved in the independent Co. Wicklow brewery, tells me The Sinner was their third beer ever, after The Chancer and The Fixer (now retired), back in 2015, and remains part of the core line up.
“Originally brewed with the clean Chico yeast strain, with a pronounced bitterness, over time we have switched fermentation to the Vermont yeast strain, for a softer fruitier profile, but still retaining the strong bittering and structure of the original recipe.”

All O Brother beers are now being packaged exclusively in cans (as of March 2020).
Chouffe Blonde 8.0%, 330ml bottle 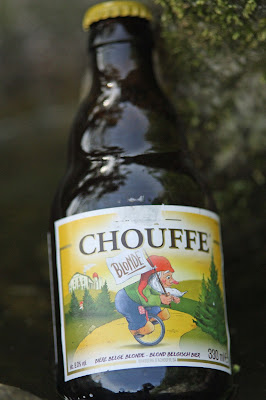 This award winning beer comes in a golden robe, and a big white head that stays around for a while. It is a beer with oomph and, the story goes, might well have been named something like that until Chris Bauweraerts, co-founder of the Achouffe Brewery (now under the Duvel wing), came out with the word Chouffe. ‘“What does that mean?” colleagues asked. Sweet FA was more or less the answer. But it now means a high quality beer with an 8.00% abv.

Not that you really notice the alcohol as you drink. Instead, there are calm citrus notes and a slightly hoppy taste. Indeed, the beer seems light,  the balance of flavour and alcohol is more or less perfect and has seen Chouffe win many awards, including this thumbs up from me.

You’ll note quite a lot of humour (be sure and check their Facebook page) in the hype surrounding this beer. For instance, the website gives three reason to drink it:

01 - Awaken the gnome inside you. (They have a gnome on the label instead of the usual jolly monk)
02 - It makes unicycling easier (try it and see!)
03 - You can officially be part of the CHOUFFE community
Enjoy, as I did, and let your inner gnome shine. By the way, I’m second on the right, red nose and all, as you come into the garden,. 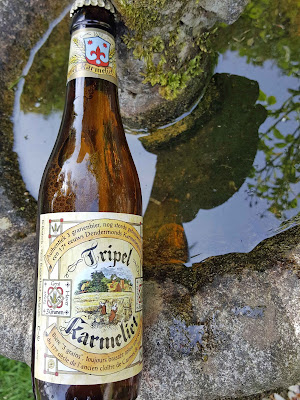 Colour of this lovely three-grain beer is a mid gold, slightly cloudy with plenty of bubbles, and it holds its white head well. Aromas of banana, even a little clove I thought. A really smooth beer, fruity (banana and citrus), light and fresh and no jarring evidence of the high abv. That creamy smoothness may be coming from the oats. A surprising delicacy and harmony all the way to the highly satisfactory finish. One for the short list!
The Carmelites from Dendermonde in East Flanders were brewing a three-grain beer in the area in the 1600s. This information, published in a recent book on local brewing history, happened to come to light after Brouwerij Bosteels (located in Buggenhout) had decided to start brewing a three-grain beer as its next specialty. It was only after the beer was created that the name of the Carmelites was linked to the beer.
They say: Tripel Karmeliet was launched in 1996 and was received to great and fully-deserved acclaim. It is a Tripel (8.4 % in volume), but brewed with barley, wheat and oats. It could even be considered a six-grain beer as each of these grains is used in their raw as well as malted form. Steiermark hops  (from Austria) has good herbal flavours. It owes its fruity character (banana and vanilla) to the home-cultured yeast.
They recommend serving at 6 - 7°C on the website, a degree or two higher for the upper limit on the bottle. Food pairing note from the brewers: The citrus aromas and the ripe fruits are beautifully complemented with ginger. This beer makes a perfect pairing with mussels, served with black and white rice for example. It can also be used in the preparation of certain dishes, for example to add to stock for cooking mussels. We tried it with a fish pie (packed with great fish, mostly from Star Seafood: salmon, trout, and white fish), and it proved an excellent match.
Serving Glass Video link: https://youtu.be/BagJTUwFMuQ
beer Bradley’s of Cork Chouffe Craft Beer good beer IPA Karmeliet Kinnegar O Brother