A Quart of Ale± #45A. On the craft journey with IPA including a stunning NEIPA by Heaney 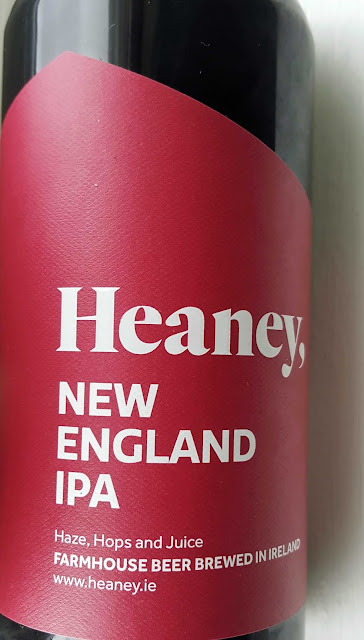 The label intro to this beer is short, and accurate: Haze, hops, and juice.

Light gold, deeply hazy, and a fluffy white head that’s in no big hurry to depart, mark the appearance of this new IPA from the Heaney brewery.

Aromas are somewhat reticent but you may note ripe Apricot plus notes of the more exotic Pineapple and Grapefruit. And more fruit on the palate, Mango and Charantais Melon to the fore, with just a touch of bitterness in the background. Lovely soft mouthfeel and perfectly balanced. Another well-made beer from the Derry brewery, one for the short-list for sure.

It’s slightly more refined on the body, a little smoother with the carbonation dialled in exactly right. I’m not sure what you get on your tasting notes but I feel there is a lot of squidgy apricot in there and some juicy red apple, it’s all about the jooooose. Very little bitterness if any, and a nice smooth lush body. We used Mosaic and Amarillo in equal quantities in the dry hop and Chinook in the whirlpool, no hops in the boil at all. Bottom line is yes, we thought it was good, but as ever here at Heaney, the next one will be better - until it’s perfect.” 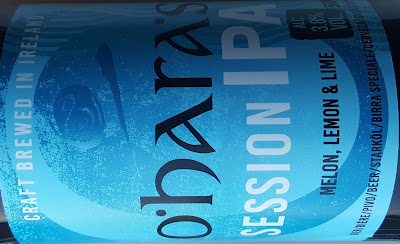 A light golden body, a hazy one, with a white head that hangs about a bit. Hoppy citrus in the aromas. Clean and crisp as it hits the palate, almost lager like until the hops quickly dispel that notion and it continues full of flavour to the bitter end.

They say: This session IPA was designed to be light and easy drinking while still full of the punchy flavours of a traditional IPA. Brewed with 100% Irish malt to deliver a pale, clean and very crisp body. This matched with the late addition of hops, including Cascade, Simcoe and Chinook, make this a full flavoured, incredibly drinkable IPA.

That’s a pretty good summation of one of the better session beers you’re likely to come across.

Hops: Cascade, Simcoe and Chinook followed up with the double dry hopping from Citra and Amarillo. 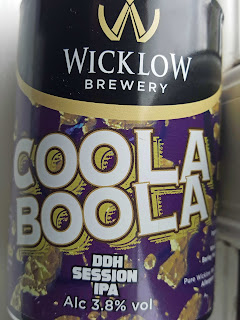 Colour of this Coola Boola, a session IPA, from the Wicklow Brewery is a very pale yellow. The head shrinks quite rapidly. Aromas are somewhat reticent but, with Amarillo and Citra in the hop list, expect a little citrus. And you get that too, with a hint of lime, on the palate. With some tropical stuff in there too, it is quite a mouthful, good balanced inter-play of fruit and bitterness, more than enough to keep hop-lovers happy. Put this on your session list!

Rascals Wunderbar IPA, 6%, 330 can via Bradleys

Mid-gold is the colour of this German-style beer (bet you knew the style!). Fluffy head starts big, diminishes quickly. Touch of orange on the nose. And on the punchy palate too where the malt comes on-stage also to balance it all up. Actually, you realise (rather than realize) that this IPA is, thanks to sourcing and the interplay of hops and malt, is very much a European drink and a very welcome version indeed.  Man doesn’t live just on exotic fruit and floral. After all, variety is the spice of life. So well done to the folks at Rascals.

As they say themselves: A true IPA that stands up to its American competitors….DAS IST GUT! HOPPY  | FRUITY | PUNCHY. Unfiltered. Unpasteurised 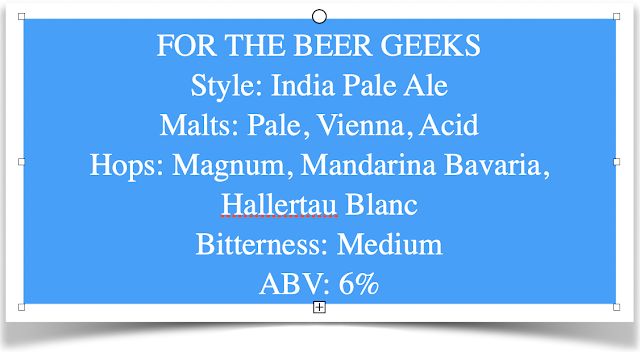