A Quart of Ale± #47. On the craft journey with Stout and Porter

On the craft journey with Stout and Porter 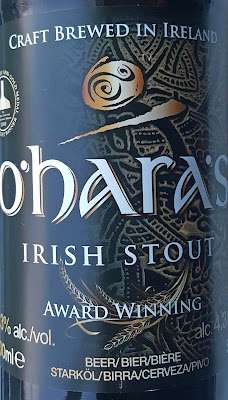 The 2014 edition of the Beer Handbook acknowledges the O’Hara’s family expertise in stout such as this “medium-bodied, drier end, near-black..”  But gives the big thumbs up to their Leann Folláin.

O’Hara’s, trading as Carlow Brewing, were part of the first wave of Irish craft brewing. They started in 1996 before expanding into a new brewery in Bagnalstown in 2009.

They say of this stout: The flagship of the O’Hara’s brand, this uniquely Irish stout brings one back to how Irish stouts used to taste. First brewed in 1999, it has since been awarded prestigious honours for its quality and authenticity. The combination of traditional stout hops with an extra pinch of roast barley allows us to stay true to Irish tradition, recreating a taste so often yearned for by stout drinkers.

The Handbook may say near-black but its black as far as I’m concerned, black with a fluffy cream-coffee coloured head. Aromas too of coffee, rich and complex. And that follows to the mouth, with sturdy roast flavours it flows smooth and full-bodied on the way to a dry tart finish, again with that coffee prominent. A classic that leaves me looking forward to trying the Leann Folláin (which is in my queue, not a very long one!).

Serve: 6-10°C.  For our bottled version, some enjoy this stout served in the traditional way in southeast Ireland at room temperature “off the shelf”. 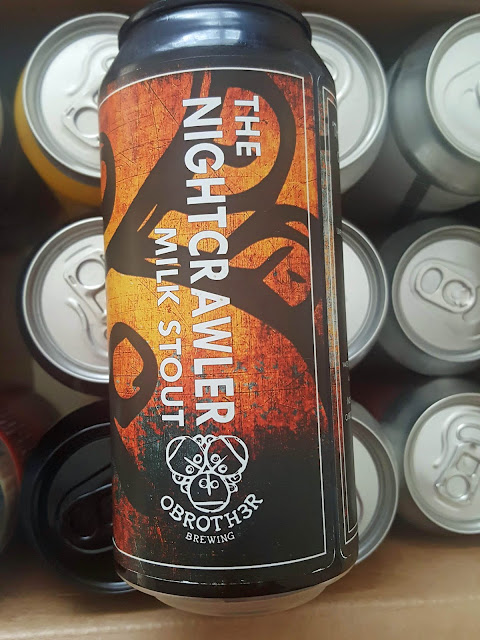 O Brother introduce The Nightcrawler as “our darkly delicious Nitro Milk Stout. Spreading darkness into the beery world from today! Dark brown to black in colour.”

From my can, colour is more black than brown with a coffee-dust coloured head that hangs around for a spell. Not at all thick and creamy as you might read in the blurb (perhaps they’re talking draught). And there’s a touch of lightly roasted coffee about the aromas. On the palate it is mildly smooth coffee, chocolate and vanilla notes and a lightness in the body that is more typical of porter. Pretty good balance and nothing too bitter at all in the finish.

You’ll sometimes see this billed as a Nitro. But O Brother themselves clear this up on their Facebook page: “We can't get the nitro effect in cans or bottles so it's draught only I'm afraid.”  Pleasing enough from the can though.

They say: We’ve been working hard, pushing ourselves to get even more fresh, interesting and exciting beers out the brewery door. We've been having an amazing time working with some of our fellow brewers and a host of talented artists on our 'Off The Wall' beer series too... 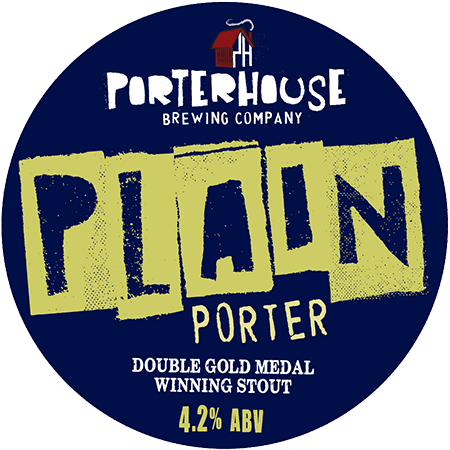 Black is the colour. Head? What head? Aromas are plain enough: coffee and chocolate. Flavours are just as obvious and the mouthfeel is smooth on the way to a dry and slightly bitter finale.

I reckon Scaldy (by Dublin’s Whiplash) and Liberty (by Cork’s Elbow Lane) are among the top porters at present though I’m always aware of the old saying: different strokes for different folks. And this beer has gold medals to its name!

And the name? Well, when “…no rashers grease your pan / A pint of plain is yer only man.”

They say: Our Plain Porter – porter is a lighter version of stout – is a double gold medal winner. We brew for taste and in the brewing we look carefully at how we do it 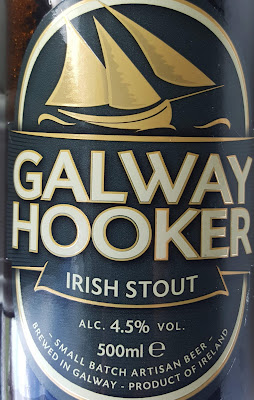 Galway hooker Irish Stout is available on draught and in 50cl bottle. My bottle poured black with a short-lived off-white head. Aromas are coffee dominated. Coffee too on the palate along with dark malt flavours and it stays strong all the way to the finalé, dry on those lips.

This one may well find its place at the table. They recommend matching with hearty meat dishes, hard cheeses or as an after dinner drink.

Quite a tradition in this country of people drinking lighter beers (mainly lager) in summer and the darker ones in winter. Galway Hooker maintain a blog and have a post on the subject:

Darker beers usually contain slighter higher carbohydrate levels and perhaps that is the reason our primordial brains seek out this additional nutrition at a time when food was historically hard to come by. Whatever the reason, there is no doubt that stouts and darker ales become more popular at the expense of paler lagers and ciders during the winter period.