A Quart of Ale± #45 On the craft journey with a mixed bunch. A Brown Ale, A Black Ale, And Two With ID problems! But Relax, All Drink Well.

On the craft journey with a mixed bunch.

A Brown Ale, A Black Ale, And Two With ID problems! But Relax, All Drink Well. 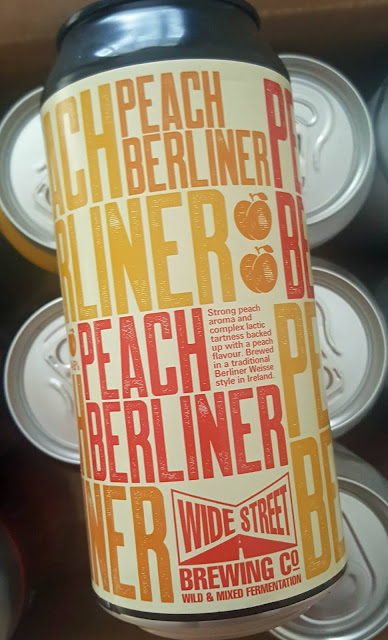 Well, the head on this vanished faster than that of an Alka Selzter. Colour is a hazy pale lemon, a bit like Lem-Sip. Are we having the cure first?

I’m expecting fruit and I get it in the aromas as it manages to make itself known through the funky stuff. And, yes, it is sour too on the palate, superbly so. And immediately you’re thinking, summertime in the open air, either a beer-garden or a back-garden.

The fruit, not immediately identifiable as peach (more lemon than peach, I thought), is sharp and tangy and the mouthful is refreshingly dry. Apparently that dryness comes from their house yeast.

They say: Meet Peach Berliner. More than 12 months in production and 4 of those months on 100 kg of peaches and our take on the Berliner Weisse style. The refreshing tart peach flavour and aroma combined with a large percentage of wheat with a Brettanomyces and lactobacillus fermentation to deliver a fireside thirst quencher.

Our house yeast is a custom blend of Brettanomyces, saccharomyces and lactobacillus strains from Bootleg Biology, a yeast laboratory based in Nashville, USA. This gives our beer a distinctive dry mouthfeel and enhanced fruity flavours. Available nationwide through Alpha Beer & Cider Distribution.

So quite a different animal all the way from the wide streets of Longford. Very different indeed. Excites the curiosity a fair bit and now I am on look out for their saison!

Fruit and Veg: Tried this with a bag of Joe’s Farm Vegetable Crisps, my last bag. And was delighted to see how they paired so well! The crisps are made on the Burns farm in East Cork from their own carrots, parsnips and beetroot.

Berliner Weiss, by the way, is a cloudy sour beer. It is a regional variation of the wheat beer style from Northern Germany, dating back to at least the 16th century. Wheat (and barley) is listed in the Wide Street ingredients along with with a 100gm of peaches!

The brewery have an informative article here about Brett in cans. 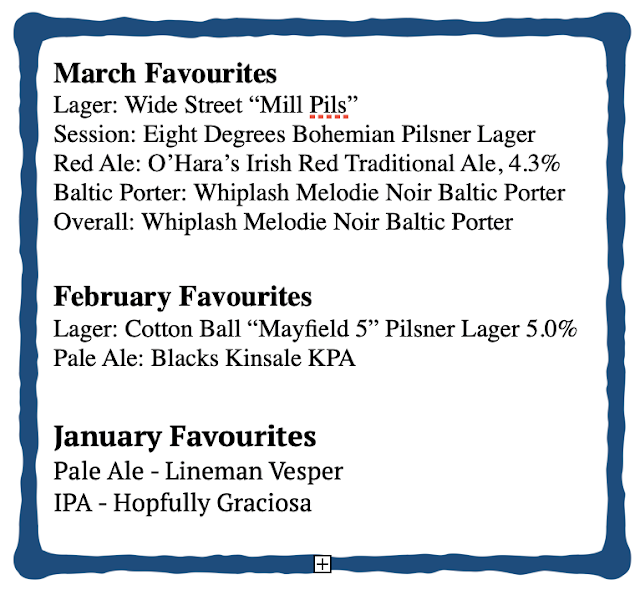 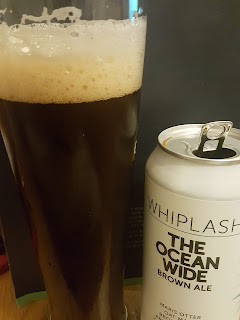 Brown, going on black, is the colour of this ale, a tribute to the tale of Dingle’s Fungie. The head, a touch of coffee in the colour, doesn’t stay around as long as our mammal mate did in Kerry. Coffee, and indeed toffee, both with hints of roast, fill the nose without even having to place the proboscis that close to the glass.  And you meet the pair again on the palate, some chocolate now adding to the experience. Sweetness now but how much that owes to the adjunct Maple Syrup is hard to say. Must say, well not so much must, rather I’m quite happy to say I enjoyed this one.

Whiplash say Fungie was “doing tricks for hungover brewers on a boat of a Sunday morning down in Dingle harbour”. “That’s why he was our number 1. In his memory we’ve brewed the beer we can only assume he was really into – A maple syrup infused Brown Ale. We hope this would be his tipple. We don’t know where he is now. Hopefully he’s retired to warmer waters and we wish the lad well and thank him for his time with us.”

And where did the name come from? Over to Whiplash: As his best bud Paddy Ferriter put it: He can go where he like. There’s no one going to say to him “where did you come from?”, “where are you bound for?”. No. He has the ocean wide.

Me? I like the yarn. And I did enjoy my one and only trip out to Fungie along with kids of all ages. And yes I like the beer.

So Brown Ales? The New York Times: Brown ales and like-minded styles — including straightforward lagers, pilsners and porters — to name a few, are very different sorts of beers (to IPAs). They occupy subtler realms, quenching thirst with pure flavors and perhaps a snappy zestiness in the case of pilsner and a rich depth in the case of porter. They are not flamboyant styles that wow with complexity or make themselves the centers of attention. They simply satisfy. It’s the kind of beer that gets left behind in our I.P.A. culture.

Other Irish Brown Ales (and neither very close to the Whiplash) worth looking out for are Ballykilcavan Bamrick’s and Lough Gill’s Mac Nutty, a nut brown ale (with toasted macadamia nuts). 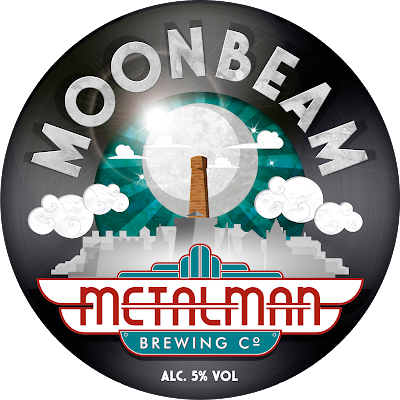 Black, as you’ve no doubt guessed, is the colour; the soft head has a light coffee touch about it. I’ve been on the old cocoa lately so I recognise it in the smokey aromas. And in the flavours too but here the hops rule, tropical fruits, including pomegranate, getting a chance to shine right through the dry finish. This Waterford beer is yet another hybrid. Has ambitions to be a Black IPA but, black though it is, for now methinks it’s an ale rather than an IPA.

They say: Moonbeam is brewed with a selection of New Zealand hops and balanced with plenty of dark malts to deliver a solid cocoa backbone. Dark and luscious, but deceptively light in body and smooth on the finish. 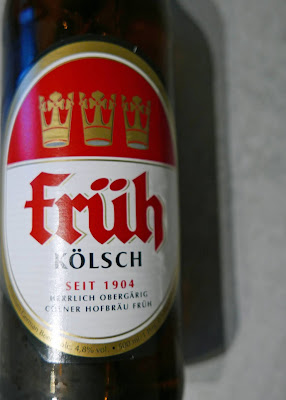 This German beer comes with a bright and clear light-amber hue, a slim white head, with bubbles by the thousand racing to the top. After that it is crisp and refreshing, with no lack of flavour, from this easy-drinking beer.  It is a hybrid, as its production and subsequent beer drinking experience straddles both lager beers and ale. While it can be classed as a lager, it is top fermented (besides, malted wheat is one of the ingredients), so you could also call it a wheat beer..

The beer from Cologne (hence the Kölsch) has been around for centuries and the family owned company is in its fifth generation. The “deliciously palatable beer” is the Cologne specialty - and an original still brewed today according to the original recipe by Peter Josef Früh - from the best ingredients and in accordance with the German Purity Law. With such a long history you might be expecting a beer with more heft to it but the Früh Kölsch is a relatively simple drink that’s stood the test of time. Nowadays, you can also find an alcohol free version.

They say: Almost 400,000 hectoliters of Früh Kölsch now flow out of the brewing kettles every year. Today, early Kölsch is valued as a beer specialty far beyond the borders of the Rhineland. And so you can find early lovers not only between Heligoland and Munich, but also in over 30 export countries.