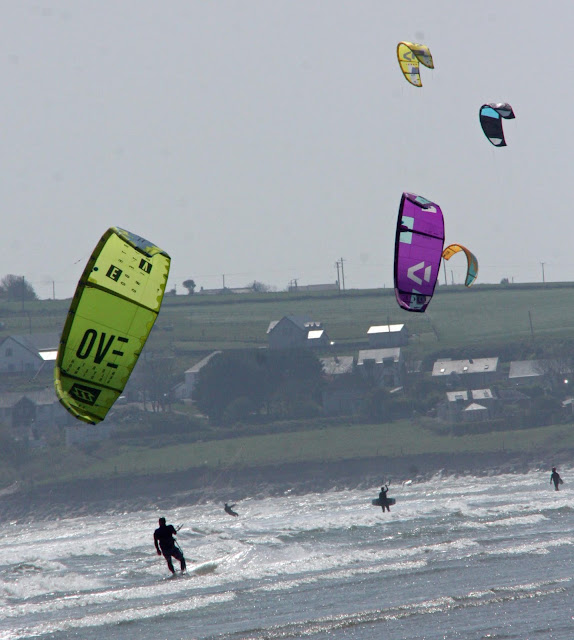 With the 5km limit banished, we headed east on a little ramble that took us through Midleton to Killeagh and then back to the coast around Ballycotton. The weather was sunny and quite warm, all in our favour, as we had a quick, though far from exhaustive, look at what was going on food-wise in the area. 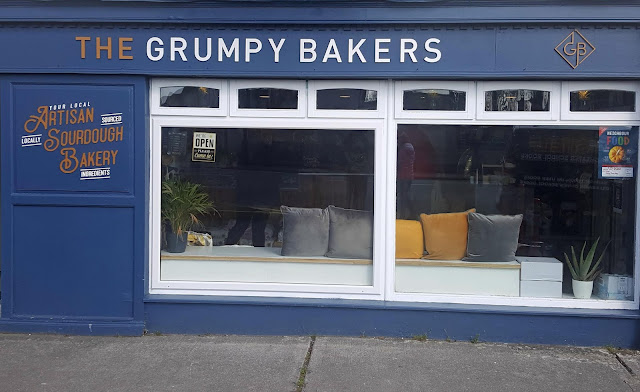 First stop was the relatively new Grumpy Bakers in Midleton. There was a little queue (partly for coffee) outside. Inside our first choice sourdough has been sold out (at about 10.00am). But they did have what turned out to be an excellent wholemeal sourdough and a delicious rhubarb and custard Danish.

Next stop was in the lovely countryside north of Killeagh where Joe’s Farm operates. You’ll know Joe and Sandra through Joe’s Farm Crisps (which have a wide distribution). But did you know, that once the pandemic struck, they turned part of the yard into a farmers market. Of course they have lots of their own vegetables and potatoes for sale but much more besides, including produce from Waterford (Tom Baldwin’s ice-cream) and Achill Island (Sea Salt and Sea Salted Fudge) and Laois (The Merry Mill). No shortage of more local produce either including home baking and the most delicious Raspberry Jam (produced by the adults and children of the Cooking Club in Youghal). In no time at all, we had our bags full and ready for road. Oh, by the way, they don’t do credit cards so be sure and bring cash (including perhaps a few small denomination notes). 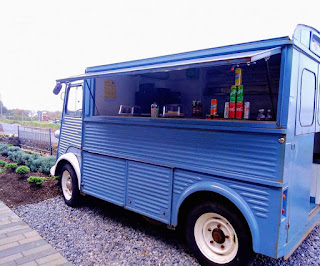 The sun was well and truly in charge as we pulled into the car park opposite the Sea Church Restaurant and Concert venue. By the way, the newly installed Sea Church van opens for business on Wednesday April 28th. It will be open 7 days a week 10AM - 4PM for all your coffee and cake needs.

We strolled in toward the village proper where CUSH restaurant is offering an At Home service. We didn't get that far though. Spotted an ice-cream cone outside the Trawl Door and, in a separate room called Coney Island, got a couple of delicious cooling beauties, Strawberry along with a Rum & Raisin both made by Glenown Farm of Fermoy. We could also have had a lot more including an East Cork Mess or a Ballycotton Banoffee! Had a quick look at the Trawl Door itself which was busy. Lots of good stuff here, including a selection of wine and a very tempting deli counter. Must call there again when it’s less busy and when I don’t have an ice-cream in my hand.

The Blackbird and The Schooner Bar here are not able to open of course under the current regulations but each offers takeaway at weekends. The popular Skinny's Diner also has weekend hours posted up on the window but you may need to check in advance.

Back then to pick up the car and our next destination was the beach at Ardnahinch. Here, the car park was close to full. On the beach itself as we walked along, we could see about 15 colourful "kites” in the sky at the next beach up, Ballinamona, quite a spectacle provided by the kite surfers as they enjoyed the brisk wind! 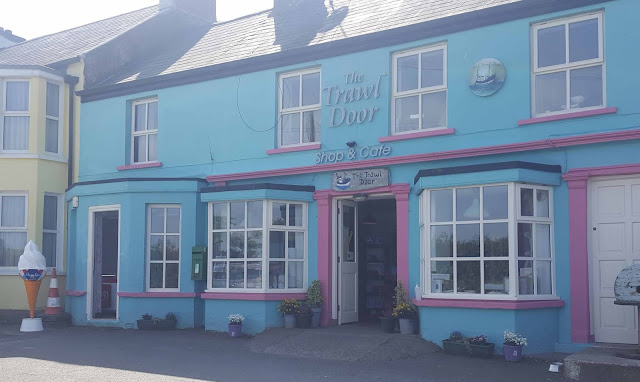 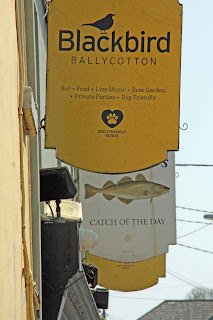 But we weren't there to see them! We were looking for the Trawler Boyz from Ballycotton who set up shop every weekend in the Ardnahinch Car Park. But we were too early as they weren’t due to start for another hour or two. There are some good reviews coming from that three person operation and they later reported selling some 500 meals during their few hours there. Check their Facebook page for opening times. Hours currently shown are: Fri & Sat 4.30-8.30; Sun 1.000-7.00. Tel: 086 4073057.

After Ardnahinch, we headed to a very important date, to collect our “At Home” dinner from Ballymaloe House. These meals come in all types of boxes and bags but none presented as classily as this one, it even had a bunch of tulips attached! We got a great welcome and a lovely chat as well. And the meal, featuring the first of their asparagus, East Cork Beef Cheek, a gorgeous panna cotta plus a super Irish cheese plate, was also high class. Details and next menu here.

As we arrived, Colm McCan was opening up a Pop-up wine shop at the front of the Grainstore. He had a well-judged selection of organic and natural wines, also the Ballymaloe Gin. And also there was their very own cider, made with apples grown on the farm, including Dabinett, Crimson Bromley, Santana, Topas, Delles Bell and Dellinquo. You can get it only in Ballymaloe or though the At Home menu. Delicious and refreshing as we found out when we got home and relaxed in the garden before getting that marvellous dinner onto the table later on. Quite a day in the east. 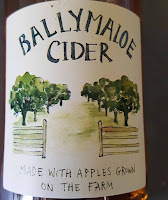 PS: A day or two later, we were in Knockadoon. You’ll find the Lobster Pot food truck in place at the pier here, again opening at the weekends. 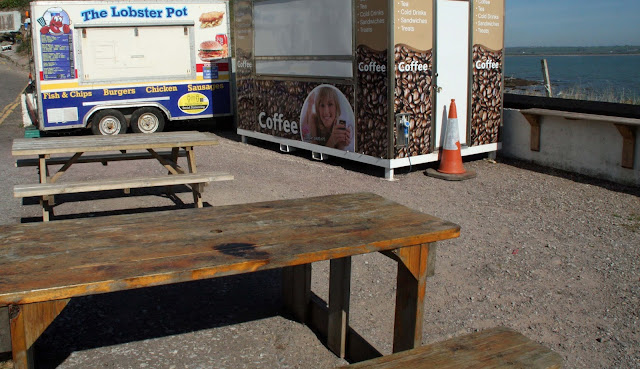