It didn’t quite show on the screen but Craft Bear’s Phil must have been blushing during the recent Online event organised by Brian of BeoirFest. Lager and Red Ale were the subjects discussed and when Phil’s Red Ale “Bimbos” came up for tasting, the other two dished out the highest possible praise. 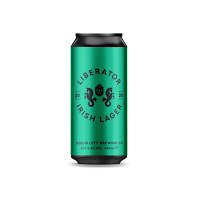 Dublin City’s experienced Fergal and Brendan of Four Provinces combined in the gush: “ ..gorgeous.. great beer..amazing.. doesn’t taste like 8%, it’s got the body, it’s got the velvet texture”. There was a suggestion that this stunning beer could be even better with longer conditioning.

Phil, who admitted his beer names are “a bit out there”, said he created it in August. “I latched onto Cashmere.......... there is very little bittering............and the conditioning is 7 weeks.” Earlier Phil told us he started brewing properly in 2018. Before that it was just a hobby. The transition was quick and something of a roller coaster. “The hobby got out of control and before I knew it I was head over heels - in debt! But the results in the kitchen were good and getting better. I got a tap at a wedding and that was a good indicator. Did an IPA first, a West Coast style. I gave it a right go and it became very popular, so popular it tied us up for a full year.”

Just highlighting the praise for Bimbos there, as quite often Irish brewers are somewhat shy in pushing their own beers and breweries. Fergal, who has worldwide experience, said we should be proud of our brewers. “We’re as good as any market in the world, outstanding. And I have judged around the world.” And still there was some frustration in his remarks. “We can make the best beers on the planet but we can’t get in the door here because of the system.” 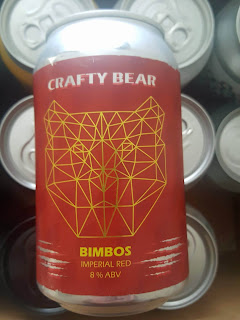 Funnily enough, Fergal had great praise for the brewers in James Gate. “I got great training in James Gate, the Harvard of beer.” And Brendan too acknowledged that mainstream brewers and beers have their place. “In our pub, we do our best to support all local brewers and distillers. You do need them to lure customers in and they’ll move to craft but they won’t start with craft. You also need to have a beer similar to what they are used to drinking.”

I myself saw much the same going on when the local pub Cotton Ball began brewing and earlier in places like Franciscan Well and Brewhaus - but you do need to have your staff trained to help customers take that first and crucial step.

Fergal said we have a supply of the greatest malt here. “You don’t have to compare yourself with Munich, Prague, or Denmark. I make two of the best lagers in the world here (and he is prepared to prove it in any head to head!). With the greatest malt here and the best brewers, make your own lager and call it Irish Lager.”

Moderator Brian O’Connell ventured that “lagers don’t get the respect they deserve” and asked why. Brendan suggested that “lagers are associated with the past, a period when there wasn’t much of a choice”.

Dublin City’s lager, Liberator, was now being sipped. Fergal: “Liberator is a light lager, hard to do, all the things that can go wrong. But this is simply to satisfy your thirst on a summer’s day in the garden, a session drink, a sit back and relax one, refreshing with a tiny hop character to balance.”

Lagers are like that in general, have two or three and enjoy the atmosphere. “Brewing is finding out what your customers want”. And he repeated what I heard a few years back from Eoin Lynch of the Cotton Ball, that seven of ten drinks consumed are lager. Eoin took his own advice of course!

Brendan of Four Provinces: “Our lager was the one that sold, nothing wrong with that (not that anyone challenged him!). To be honest, I’m more comfortable with our lager and putting out the odd IPA. People can be easily persuaded to drink our lager.”

And Fergal agreed: “You don’t have to do something extra special but you gotta have the one that delivers the money. Then, once a year, throw out a seasonal or a special.”

Moderator Brian asked about IPAs and hops and queried if there’s a little niche there that talks to itself. Can that be a bit off-putting to potential drinkers of craft? Phil did agree there was  a certain fashion in hops, that they have their season, that Cashmere for instance was all the rage in the months before Christmas. But “it’s great to see labels with fuller descriptions to encourage people to know their beers.”

Fergal urged “..be a bit cautious and careful. Exotic drinks sound great but may not sell. And Brendan emphasised that the margins on IPAs are significantly lower. Phil pointed out that lager is harder to make and takes longer while Fergal pointed out that “stout is never easy to do”.

Three straight-talking brewers shared their insights and kept us well informed throughout the hour or so. A session on cider today (3rd April) and then the next event on beorifest.com is April 10th with Lineman, Killarney Brewing and Bullhouse.