A Quart of Ale± #67. On the craft journey with Ballykilcavan, Trouble Brewing and White Hag.

On the craft journey with Ballykilcavan, Trouble Brewing and White Hag. 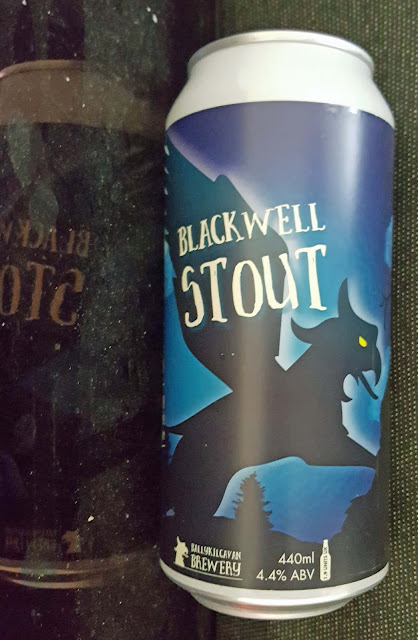 This prize contender is black, black as a moonless night in the deep wood. And there’s a soft fluffy milky-coffee coloured head of the slow sinking variety. Coffee and chocolate in the aroma plus toasty stuff as well. And it’s pretty traditional on the creamy palate also, coffee and caramel and toasted notes too plus hints of smoke and spice in the background. Good dry finish in this pretty faultless stout, redolent of ages past - remember those threshings - but well capable of holding its own on the current palate. IBU: 45

The Griffin is the symbol of the Walsh family, who have been farming at Ballykilcavan for 13 generations. “We have lived and worked here since 1639, and diversification has always been important to keep our farm viable for future generations. When I took over Ballykilcavan from my father in 2004, my motivation was to try to sustain it so that someone else would be able to take it over from me.” And the brewery is one way of doing that. Already, they are exporting.

The brewery is installed in the original stone grainstore for the farm, which was built in around 1780. In previous centuries, the building was used to store barley and oats after harvest, and then to mill them for bread making, feeding animals and maybe even making beer. Like most of the buildings in the 240-year-old farmyard, it is too small for modern farm equipment, but it is the perfect size to fit a small craft brewery.

The brewery have been boosted by some good news on this stout: “Great to see our Blackwell Irish stout has made it into the @BlasNahEireann final. All eyes on Dingle on the first Sunday in October. 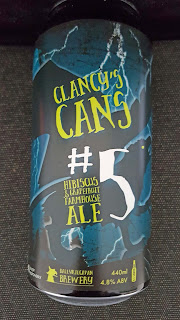 This farmhouse ale comes in a deep opaque pink with a white head. Aromas are, not surprisingly, fruity. After all, it does contain adjuncts of Hibiscus and Grapefruit. It is light and bright on the palate, a beer for the summer, one to start a session perhaps. Fruity all the way until the dry finish.

This limited edition can series is named after the five generations of the Clancy family who have worked at Ballykilcavan Farm. As it happens, this is the 5th in the series and was issued last May. Serve between 7 and 11 degrees. 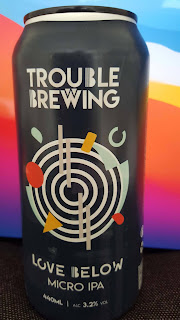 The hazy orange body is topped by a frothy white head that hangs about a bit. No shortage of hops as you can smell from the aromas, where tropical fruits are prominent plus a touch of pine. Perhaps a bit light on the body (feather-weight, they say themselves) but it does pack a hoppy flavour punch, crisp, refreshing and then very dry on the finish.

Hops used are Citra and El Dorado and the brewers recommend enjoying it with barbecue skewers, fish and chips or prawns. Not in the top rank of IPAs but a very noteworthy one at this abv and one for which there will be plenty of opportunities, including at sessions. 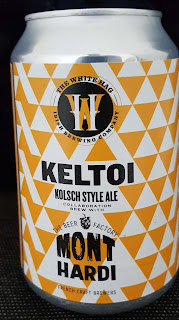 Light gold is the colour of this Kolsch style ale from White Hag. And millions of little bubbles weave their way quickly towards the soft white head that slowly sinks. Floral and fruit aromas are subtle rather than intense. Clean and crisp on the intro, the body somewhat heftier than you’d expect, the malt making an impact on the way to a very refreshing finish indeed. Quite an impressive beer.

They say: Keltoi is one we’ve made once before, with our friends from Mont Hardi, in Brittany, France making a double collab at both breweries last spring. We swapped some samples to understand the differences, and we sent some of the spare beers out to our Clann subscribers for feedback. They loved it, and demanded it be put back on the schedule – so here we are!