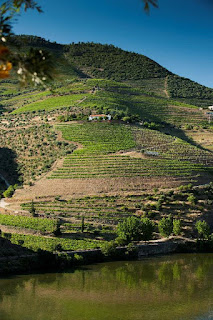 Liberty Wines is delighted to be appointed Ireland agent for Ferreira. Founded in 1751, Ferreira is the oldest Portuguese Port house and remains the leader in the domestic market.

It is thanks to the leadership and foresight of Dona Antónia Adelaide Ferreira that the house became the force it is today. When most other Port houses bought bulk wine from farmers, Dona Antónia recognised the importance of vineyard ownership to guarantee quality. By the time of her death in 1896, Ferreira had become the largest Douro landowner, including the illustrious Quinta do Vesúvio, Quinta de Vargellas, Quinta do Vale Meão and the house’s flagship Quinta do Porto vineyards.

Planted in 1771 and acquired by Dona Antónia in 1863, the 27-hectare, sustainably and dry-farmed Quinta do Porto lies on the north bank of the Douro, where the warmer mesoclimate and southerly aspect give wines characterised by exceptional concentration, weight and structure, with exuberant ripeness yet wonderful balance. Old-vine parcels, described by winemaker Luís Sottomayor as “over retirement age”, produce low yields of intensely flavoured grapes that form the backbone of many of the top Ports in the Ferreira range.

David Gleave MW, managing director of Liberty Wines, says: “Ferreira enjoys a special place in the history of the Douro and has remained a personal favourite since I first came across it in Portugal in 1987. We’re delighted to begin selling these wines, as they are distinctive in style and complement those produced by Offley.”

The Ferreira Ports available through Liberty Wines are as follows: