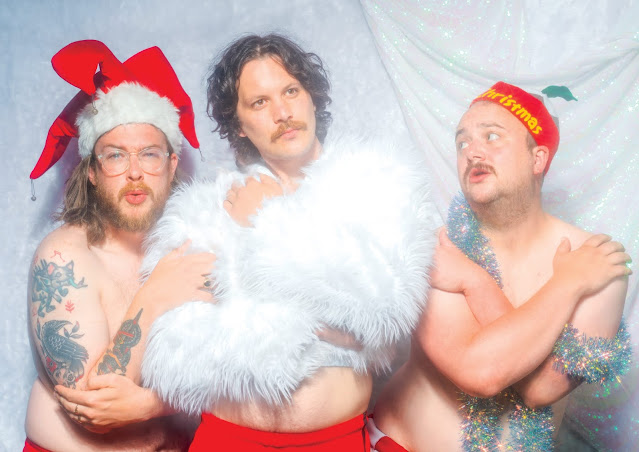 Over the last few months, Tony Cantwell, Shane Dan Byrne and Killian Sundermann have formed an online bond due to one commonality: they are Young Hot Guys. Call it a running joke, call it facts… the sex appeal is undeniable. An idea then materialised amongst the gentlemen that perhaps there would be a demand for a limited-edition calendar featuring the tantalising trio, a steamy assault on the eyes. That’s where Dubliner Whiskey stepped in.

The brand asked the guys if they could produce this calendar for them and donate the proceeds to a good cause. Tony, Shane, and Killian accepted the opportunity to marry their respective magnetisms and immortalise their legacy on paper for years to come.

The Dubliner Whiskey wanted to partner with a charity close to their hearts on this one. Gay Community New (GCN) has been a vital, free-of-charge information service for Ireland’s LGBTQ+ community since 1988 and has been a huge force of positivity in countless people’s lives.

The Dubliner Irish Whiskey Global Brand Manager, Darren Mooney, expressed his enthusiasm surrounding the project “It’s easily been the most enjoyable project at Dubliner HQ in 2021 thanks to all involved, though there’s more coming soon that we’re very excited about.” If this project is anything to go by, whatever is in the pipeline must be fantastic.

The calendar is available to buy from today at thedld.com for €20, all proceeds go to GCN.