Two highly recommended wines to savour. A Hawkes Bay Chardonnay and a Touriga Nacional from the Dão

A Hawkes Bay Chardonnay and a Touriga Nacional from the Dão 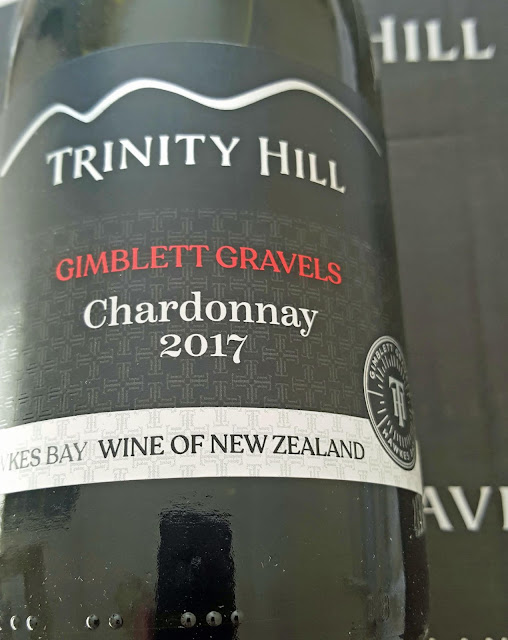 Colour of this New Zealand Chardonnay is a bright mid-gold. Aromas are fruity, grapefruit and lemon and no shortage of floral notes. Quite stunning on the palate where, along with the minerality, you again meet the citrus accompanied by a lively natural acidity. Fermentation with indigenous yeasts in 500 litre oak puncheons followed by a further four months in tank on lees has enhanced the experience, including the texture.

Delicate, rich and elegant this beauty finishes long. It is a very distinctive, harmonious Chardonnay, is closer to cool Burgundy rather than the rest of the (warmer) New World, and is Very Highly Recommended. Try with Pork (including belly), rich fish (salmon, trout, tuna), and poultry.

The year 2017 was a very good one in the Hawkes Bay area, a moderate spring with low frost risk and generally good flowering led to an extremely dry and warm summer, recording above average temperatures in January and February before rainy weather came in late February followed by humid conditions with heavy rainfall from March to May.

Importers Liberty: Winemaker Warren Gibson has been with Trinity Hill since 1997. He is also in charge of the 80 hectares of vineyard owned by Trinity Hill and knows Hawkes Bay and the Gimblett Gravels exceptionally well. The wines reflect this. Warren and his team make wines that show the best of what Hawkes Bay and the Gimblett Gravels can produce. The wines have an elegance, balance, drinkability and precision of flavour that makes them a joy to drink.

The gravelly soils resulted from a flood in 1876 when the Ngaruroro River changed its course and a vista of gravel was left behind. Probably best known for red wines. But Chardonnay grown here has distinctive floral notes and pronounced minerality on the palate.

The Gravels have been described as “the most famous single vineyard in New Zealand”. And from these gravels come surprising wines. It is now a highly sought-after sub-region renowned for the quality and Trinity Hill was one of the first to plant grapes on the Gimblett Gravels in Hawkes Bay in 1993. And soon after Warren Gibson arrived. 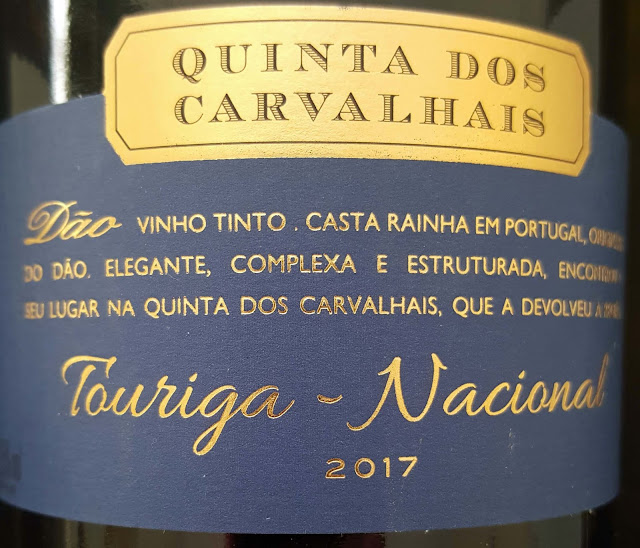 Info on the label is brief and to the point

This intense, complex and elegant Touriga Nacional from the heart of the Dão has a dark ruby colour, slighter lighter at the rim. Aromas hint of its black fruit and the well-integrated spice from its 12 months residence in oak. Vibrant dark fruit and spice again on the palate and more besides. Great depth, acidity too and smooth, harmonious all through to the persistent finish.

The Touriga Nacional is a much loved indigenous variety but you rarely see it, in these parts, on a solo run. Quinta dos Carvalhais are credited with spearheading the quality renaissance of wines from the Dão in the early ‘90s. And it is located in the heart of the Dão. The 105-hectare estate, with 50 hectares under vine, was purchased by the Guedes family in 1988. They invested a huge amount into improvements in both the vineyards and the winery.

And part of that improvement is a series of single varietals from indigenous grapes. Along with the Touriga Nacional, look out for Encruzado and Alfrocheiro. While our bottle is single varietal, some three different batches of Touriga Nacional grapes were used in this Highly Recommended wine, each of which was harvested separately.

This wine is aged for 12 months in used and new 225-litre French oak barrels. The final blend was made to fully express the high quality of the Touriga Nacional, as well as the distinctive character of the Dão region. Serve at a temperature between 16ºC-18ºC. Pairings advised for this “Very gastronomic and perfect for meal-times” wine are “with dishes such as octopus à lagareiro, oven-roasted pork and mushroom risotto”.