Have you tried Ichigo Ichie on Neighbourfood?

Have you tried Ichigo Ichie on Neighbourfood? 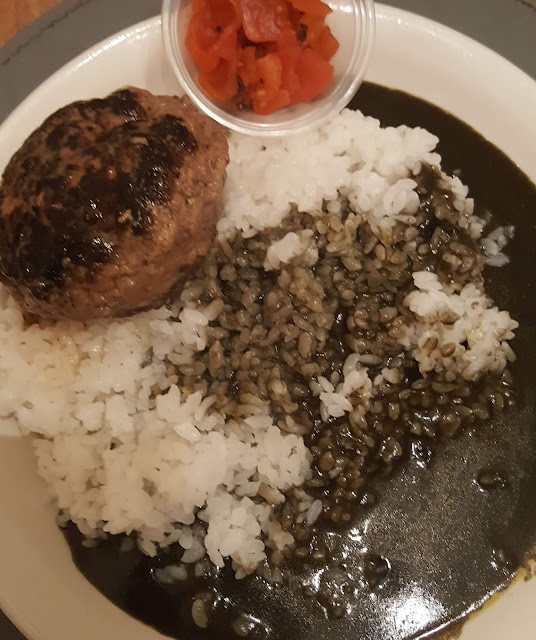 The pandemic has inspired (forced?) restaurants and chefs into new ways of getting food to their customers who have, in fairness, in many instances, also responded well to the situation. You’ve got Click & Collect, At Home and various other names. Some include delivery. Most recently, my local Neighbourhood have been featuring dishes from Takashi Miyazaki and his Michelin starred restaurant Ichigo Ichie. We’ve dipped into that offering a few times including last Wednesday. 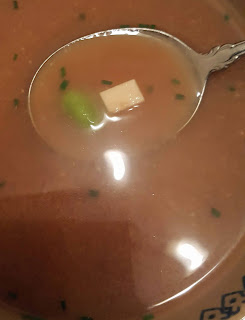 We ordered three dishes: Miso Soup, Maki Sushi and Kuro Curry. Many of you will be familiar with the first two but the Kuro will probably be a puzzle. It was to me until I read up on it. Kuro means black, not at all the most popular colour on your plate. But it, with its local ingredients, was delicious, pepped up by the curry element.

We had enjoyed the Miso soup a week or two ago and enjoyed it again this time. It is a traditional Japanese soup consisting of stock into which softened miso paste is mixed. In addition, there are many optional ingredients that may be added depending on seasonal recipes. Full of flavour and nice and warm for this time of year.

We also had the Maki, a sushi that is cylindrical in shape and includes grilled seaweed nori, that is rolled around sushi rice and various other fillings. It is one sliced maki sushi roll that comes in 6 slices - fish will vary daily. Again we have previously enjoyed Miyazaki’s sushis and he is a master.

You could also try his Nigiri which is thinly sliced raw or aged fish set on top of a mound of sushi rice. A small amount of wasabi is often placed in between the rice and fish. There is a selection of 5 pieces of nigiri - fish will vary daily. Again, these come from the hands of a master and won’t disappoint.

The Kuro curry, as I said earlier, translates from Japanese to Black Curry and is totally new to me. This dish features a home-made burger made from 100 % Hereford Caherbeg beef and free-range pork mince. The curry sauce is made from roasted wheat flour and squid ink. The result is a dark, smooth, elegant sauce. It is also served with rice and pickled vegetables.

I can understand this cuisine may sound strange and off-putting to some but if you’re game to try something new and different, then go for it! If you want to ease into it, try the soup and the sushi or nigiri. Not often you’ll get Michelin-class expertise and food at these prices. 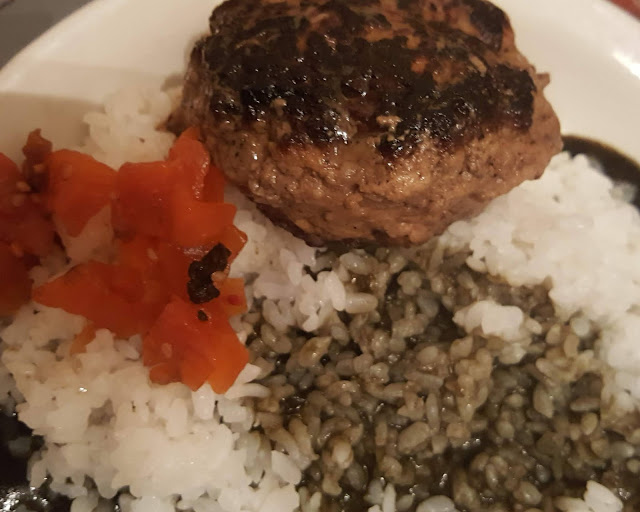