A Quart of Ale± #32. Moving on over to craft with Lambic and Geuze.

Moving on over to craft with Lambic and Geuze. 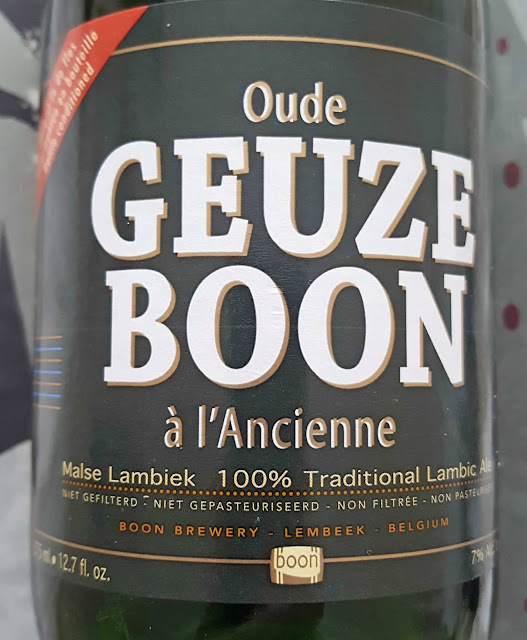 So, what is a sour? It is perhaps the style of beer most likely to put someone off with a single sip. But, according to Craft Beer for the People, “they are hugely rewarding for those who can get past the initial shock.” Think of lemons, sauerkraut, pickles and Citron Pressé (the French non-alcoholic thirst quencher) as that essential first step. “Once you gain a taste for them (sours)…. there’s no going back!” And I can tell you, hand on heart, that the conversion can come as early as the third sip. Stick with it and try some of beers below - you won’t be sorry! Link to Part 1 (which introduces a few Belgian and Irish examples) here.

Lambic and Geuze (you will see different spellings) are a further step on the sour path but not necessarily sourer! According to The World Atlas of Beer, Lambic is the only style cluster over which Belgium can claim sole mastery. And mastery is apt as “making lambics requires feel and experience”. Boon is the largest producer of old lambic while Lindeman’s is the “most industrial of the authentic producers” and it well-known for its fruit beers particularly the Framboise below.

Lambics are raised in huge foudres (very large barrels) and it takes an experienced expert to know when the beer is properly aged in the oak. Quite often the brewery doesn’t have the space or the experts and so they contract out to those that do, who can tell when the lambic is ready for blending. Blends of old and young lambics are known as geuzes and they are, according to Craft Beer for the People, “stunning”. The process has its own yeast, technically Brettanomyces lambicus, known best as Bretts. The fermentation is wild - they leave the windows open - and is unpredictable.

This "wild" yeast is key here, the magic happening when it lands in the oak casks where the beer is fermenting. Because of this unique local process, "few flavours are shared with ale or lager" according to the Beer Pocket Book.

Of the four beers below, two are fruit lambics, where lots of good fruit is added to the brewing mix. The book Beer FAQ suggests that, “as the style can be off-putting…. the bulk of their commercial volume is from fruit-enhanced beers”. “The fruit masks a lot of the style’s funkier elements." 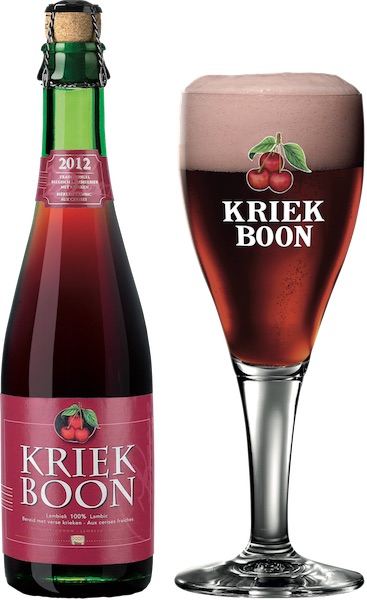 This traditional Belgian Lambic fruit-beer is dark red in colour with a pinkish head (short-lived). A refreshing, almost fizzy, beer, pleasantly aromatic and has flavours of fresh cherries, slightly sweet and full-bodied.

It is brewed according to the traditional lambic style of spontaneous fermentation. Only fresh cherries (25%) are used. Keep out of the light and serve at 4 degrees.

They say: Kriek Boon is a spontaneous fermentation beer, prepared from old and young Lambic that matures in oak barrels. 250 g cherries per litre are added to Kriek Boon. The authenticity is guaranteed by the use of only real cherries from Galicia. A refreshing and tasty celebration during summer days, on the terrace or at the barbecue. 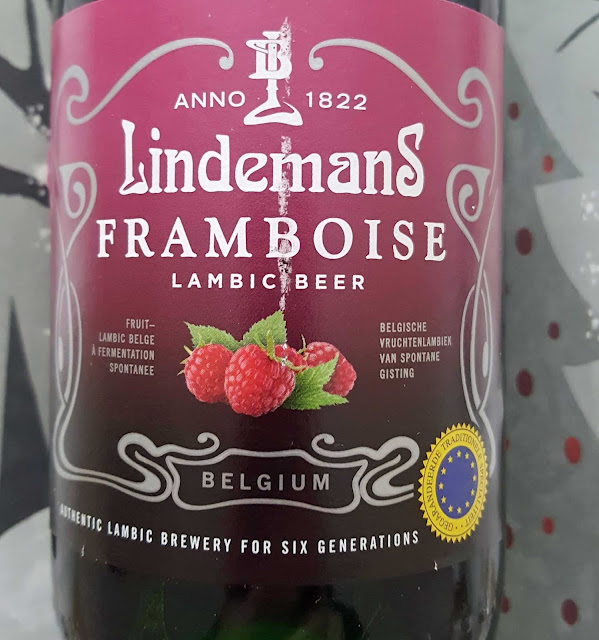 Thirty per cent raspberry juice has been added to this lambic beer and the resulting colour is a mid-ruby with a dark pink foamy “head”. And yes, raspberries do feature in the flavours.  There is also a fruity aroma. All in all, with its mini abv of 2.5%, this is  lovely drink, fruity and slightly fizzy. Lindeman’s Framboise can be used in cooking and in cocktails but as a drink be sure and serve it cold, at 2-3 degrees centigrade. Serve it as an aperitif or pair with Endive salad and desserts such as Chocolate fondant cake, cheesecake, raspberries, ice cream.

Being the middle of winter, I didn’t have fresh raspberries handy but did have the fantastic Raspberry sorbet by Yum Gelato plus some frozen loganberries (from the garden via the freezer). Not too sure that it was that much of a match but I certainly enjoyed sipping the beer on its own and could image pairing with garden berries and salads in the summertime. 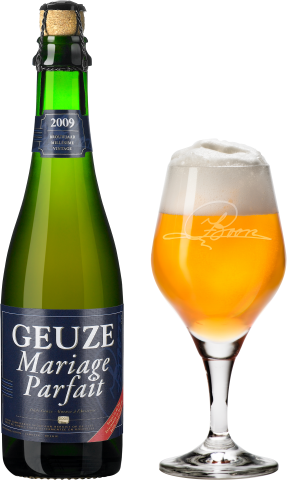 Brewed in Lembeek, the village that gave Lambic its name, this Mariage Parfait comes in a cloudy gold, countless micro-bubbles rising to the white frothy head that lingers for a while. Beautiful rounded fruit in the complex aromas and that carries through to the palate where there is no shortage of fruit flavour, background tartiness and warming mouthfeel. 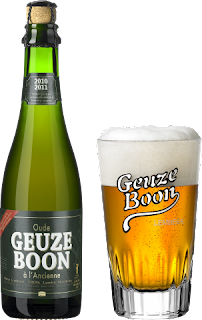 This Lambic has a mid-gold colour, shoals of bubbles racing towards the top; head is big  and soon fades to a thin disk. Sour is present in the aromas. And on the palate too of course but, with touches of citrus and oak amidst the fruit and spice, all’s in harmony, and this refreshing beer goes on to a pleasant lingering finish.

Oude Geuze Boon is regarded as one of the finest examples of the traditional 100% spontaneous fermentation Lambic style. This Lambic beer is aged for 1, 2 or 3 years in oak casks. The blend, a mild average 18 month old Lambic (unsweetened, unfiltered, unpasteurized) is refermented in the bottle and can be stored for up to 20 years.

Keep the bottles cool and in an upward position