Blood and Passion by the Blackwater. Bittersweet Taste of Love in the Club

Blood and Passion by the Blackwater

Bittersweet Taste of Love in the Club

Blood and Passion were all the fashion in Ballyduff, the hottest spot north of Fungarvan.

But fear not, on Valentine’s night, the Blackwater Distillery team were chatting, via Facebook, about nothing more "bloody" than the ingredients in their Tasters Club Valentine’s Day offerings: Blood Orange Gin and Love Potion No. 5. 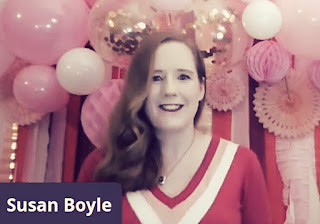 When it comes to passionate speakers on drink, then you’d be hard pushed to beat Susan Boyle, the creator of the Love Potion. On hearing the invite from Blackwater’s Peter Mulryan, another passionate drinks enthusiast, there was no hesitation, no delay: “I’m on board!”

And soon her thoughts began to take shape, pomegranate prominent in the melange. “..the proliferation of the seeds..the association with fertility.. and it’s also in season. I like to think that maybe Adam and Eve were tempted by pomegranate rather than the apple.”

And so the new spirit (25% abv) was based on pomegranate and, as Susan “was looking for balance”, Cardamon and Orange also came into the equation. As a result, Peter pointed out that there is a slight sediment in the bottle and it will haze when chilled.

At the finish, you’ll note a “final bite of gentian”. “Love,” affirmed Peter, “is bittersweet!” The bite here is close to what you’d get from an Italian Amaro. Susan: “Bitterness is an acquired taste, eg dark chocolate, coffee, but a brilliant taste.” As usual, Blackwater had cocktails in mind but Susan says the spirit is terrific when topped with pink Champagne or crémant. “It ticks all the boxes,” she enthused. “A multi-layered drink, ..all enveloping… romantic..and red-coloured. I had so much fun coming up with this idea, I hope the love potion works its magic for everyone who tries it.” 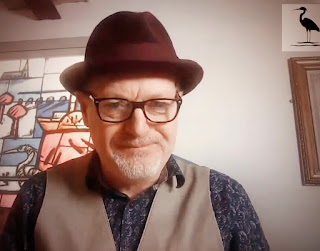 John Coleman, the resident cocktail creator here, called this one The Look of Love. But why did he used condensed milk with the Love Potion? He had started with cream but found that it stifled the citrus while the milk allowed it through. Honey and chocolate at the finish added to the smoothness.

Blood in the Bronx was John’s riff on the classic Bronx cocktail and, according to Peter (right) and lots of Facebook watchers, “perfectly showcases our Blood Orange Gin”. Very refreshing and quickly put together with, like all Blackwater cocktails, no extra alcohol involved (the gin itself is 40%). There is sweetness from the maple syrup and that is countered by the lemon juice (if you want it sweeter, tone back the lemon).

The Blood Orange Gin itself, designed by Kieran Curtin, started with "a bit of drama" before he decided to pare the whole thing back, leaving “obscene quantities of blood orange..in the dry form.. take the spotlight. “A post distillation infusion of blood orange slices with elderflower gives a bare hint of colour and a vibrant fresh orange palate.” 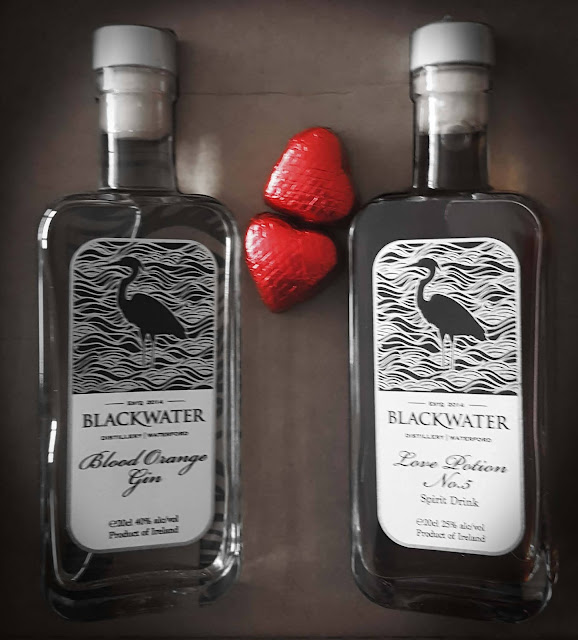 Not enough orange for some. One Facebook follower: Really enjoyed the blood orange gin with fresh orange juice and a touch of lemon juice .. I froze ice cubes with slivers of oranges in it . So they froze and look beautiful !

Blackwater’s “official” perfect serve is: Plenty of ice, a crisp tonic water and a wedge of blood orange.