A Quart of Ale± #29 Moving on over to craft. Lager Variations

Mid amber colours, fountains of little bubbles, white head hangs around for a good spell. A modest touch of hops in the aromas. The refreshment factor immediately appears on the smooth palate, spot on balance between hops and malts. A thirst cutting clean bitterness rounds off an excellent lager experience.

They say: This beer sure does have character! The classic brew to compliment party food.This inviting pilsner goes down smoothly with gourmet burgers, pizzas or wings. A perfect hit at BBQs and a great choice for alfresco dining. Now available in cans.

In their Brewery Room, the family pay tribute to the bar founder, one Humphrey Lynch, who left Ballyvourney at 15 years of age and settled in an American town known as Byefield which he later used in naming his Cork estate house.

After working for two years with Joseph Longfellow, cousin to the famous poet, he worked for a year in the shipyard at Newburyport until the American civil war broke out.

He was one of the first to enlist in the 4th U.S regiment light artillery battery and served through 27 general engagements principally in the army of the southwest and along the Mississippi valley. Then he worked for 14 years as a foreman of the picker room in Newburyport cotton mill.

This would later give him the name for the public house (where you’ll now find the small brewery) he purchased in now Mayfield after returning to Ireland in the 1870’s. Nowadays, each bottle bears an image of American Civil War veteran Humphrey paying tribute to the man who showed the way. 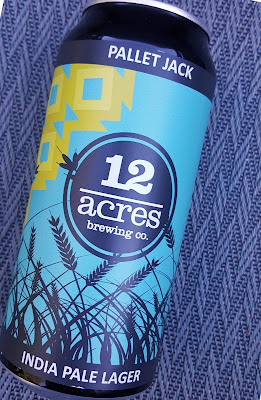 While the hops shine in the aromatics, it looks very much like a lager, golden, bright and bubbles galore.  Soft head has a fair bit of staying power. Hard to beat their own summation on the label: a hoppy Pilsner style lager, light, crisp and fruity, with an excellent mouthfeel. It is indeed and quite refreshing too.

They say, on the website: “Pallet Jack” is a 5% India Pale Lager. A clean crisp fruity Pilsner style Lager beer with the hoppy bitterness and flavour of an IPA. Not too sure I’d agree with that bit: flavour of an IPA. Strong hints of it for sure but this is still more lager than IPA and a pretty decent lager, a very decent drink, at that.

They say: 12 Acres Brewing company is the first craft brewery in Ireland that can provide traceability for its malting barley. This is possible due to our long-standing relationship with their local malting company. We are also brewing with our own spring water, which originates from a source deep beneath the same land. 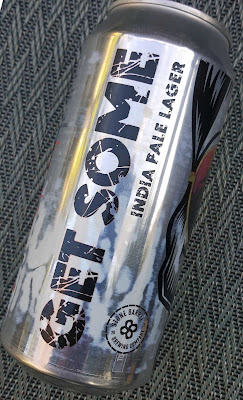 Another hybrid with elements of ale and lager in your mid amber coloured glass. It is an American hopped lager, double dry hopped with Loral, which has been noted as good for sessional and lager-type beers.

The base is lager, clean and crisp. Aromas and flavours have a punch of pepper, citrus notes too along with some floral wafts as well, all followed by a dry finish. Quite a decent beer, approachable and balanced, though I think my local brewery’s Indian Summer is perhaps the best of this hybrid type. You could say I’m biased!

Niall Fitzgerald and Kevin McKinney are the founders, brewers and driving force behind Stone Barrel Brewing. “We both have a huge passion and appetite for all things in craft beer, from making to drinking and everything in between.We launched Stone Barrel in November 2013 with one simple aim, to brew the kind of craft beers we love drinking. The good thing is that we love them all! Like most homebrewers, we dreamed of one day opening a brewery. So, after a lot of planning, stress, blood, sweat, tears and hugs, we’re here. We’re living the dream and dreaming of beer!”

Colour of this excellent lager from Letterkenny is a light gold and if you look closely you’ll see lots of little bubbles (not bunnies) rising through the cloudiness. In the mouth, it is immediately refreshing, crisp and clean as most classic lagers with a little spicy zest coming through from the rye along with a distinctive flavour. Good sharp-edged finish on this well-balanced one. It is a once-off by the way!

I often mention the head when talking about beers here. It is not of course a really crucial part but it does make the beer look better especially if it stays for a while. Sticking your finger into the head and sucking can sometimes give you a clue as to what you can expect when you start drinking (it may also get you some curious stares), as I was once shown by the Belgian beer sommelier Marc Stroobant.