A Quart of Ale± #31. Moving on over to craft with Stout & Porter. Elbow Lane - Whiplash - Eight Degrees - Cloudwater.

What's the difference between stout and porter?

I think Beer FAQ (Jeff Cioletti) sums it up pretty well. Porter is a very close cousin to stout... aficionados are hard-pressed to describe the exact differences between the two. Generally, porters are a bit lighter in body and a little less opaque than stouts...

... Stouts are very roast-forward and coffee-like and have even more variations than porter. 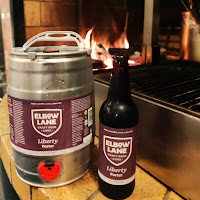 This "robust" Cork porter is black as a blacksmith’s hands and the soft coffee coloured head soon is just a thin trace across the surface. The aromas are fresh, chocolate and toffee off the roasted malts. The hops in the kettle are Pilgrim and Fuggles and then the dry-hopping in the cellar tank with “Styrian Dragon” emphasise the hoppy aroma and also ensures a dry hoppy finish.

Quite an amazing porter, one that makes me reconsider my long held opinion that stout is best. If you are inclined at all towards the black stuff, then do please give this one a try and let me know what you think.

Elbow Lane say it pairs nicely with richer warming dishes like roast or smoked meats and stews or strong cheeses. And they should know as all their beers here are crafted to go well with the food they serve in the company’s various restaurants that now include the original Market Lane, Castle Cafe, Orso, Elbow Lane and, most recently, Goldie’s. “This beer for these strange times is aptly named after Liberty Street in Cork city.” And, if you like the porter, you’ll also enjoy their Angel Lane stout. All their beers are named after lanes in the city (some of which no longer exist, though their names endure via plaques on the footpath surface of various streets - you’ll see quite a few in North Main Street).

Black is the colour of my scaldy porter from Whiplash. Scaldy? You may well ask. Well Scaldy is that baldy crank sitting on the high stool by the bar counter. You’re hoping he doesn’t notice you, that you just might get away to the far corner with your pint of porter without a word from yer man. But he’s on guard, looking for an opening to start an argument.

Best avoided. But no need to avoid this fine porter with its dense black colour and its fast-fading head. I’ve always, rightly or wrongly, associated fast-fading heads or virtually no head at all with porter.

Goes back to the very early 60s in Kelly’s pub/grocery in Belderrig on the north coast of Mayo. You asked for a pint. The lady behind the counter grabbed the white jug, cracked enamel and all, ducked down behind the counter and rose up to fill your glass with the black stuff and nary a sign of a head. You didn’t complain then - she still had that big jug in her hand!

Strong coffee in the Scaldy aromas and also on the palate, milky chocolate too and sweet toffee also, not a million kilometres from a pint of Beamish. Dry on the lips and a touch of smokiness in the mix as well.  Smooth, soft and malty, thanks to no less than seven malts. Dry too in the long finish.

They say: Scaldy Porter is an old homebrewing recipe and has been a favourite amongst the scaldys for some years now. A porter that doesn’t give a shite about what abv you reckon it should be, its focus is on pushing a big malt bill to your nose and bringing you back to your scaldy days if you’ve settled down by now.

Must admit the positive verdict wasn’t unanimous here. Offered a taste to CL and this was the response: “I’d take the pledge if that’s all I had to drink.” Scaldy, the adjective, came to mind but I didn’t dare voice it. 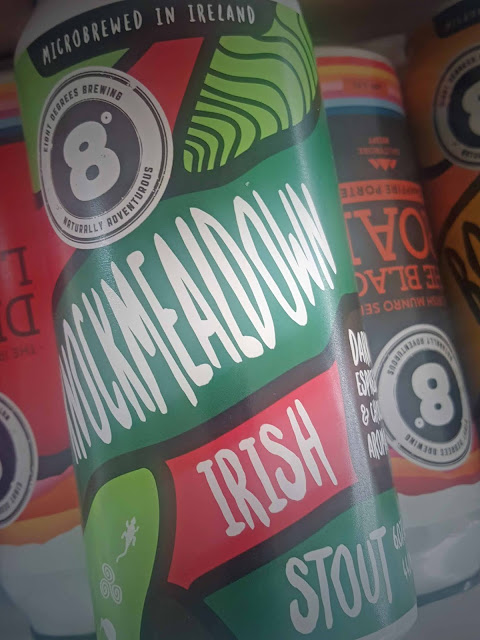 Black is the colour and the head - won’t be there for long - is like my wet suede shoes (they didn’t last too long either). Aromas speak of chocolate powder, rather loudly. On the palate, it is smooth and rich, full of the expected coffee, chocolate and caramel. Smooth and rich as in the traditional style and the finish is dry with enough bitterness to keep the pleasing balance.

They say: Like tackling the Knockmealdowns in a blizzard, this beer is not for wimps. A robust malt-driven ale, this is our evolution of a traditional Irish stout. Makes a beef stew taste that bit beefier, contrasts beautifully with blue cheese or go sweet and enjoy with an intense chocolate cake.

Food is never faraway from Eight Degrees and here’s the detailed advice on this one: For something completely different, hang on to the stout for the end of the meal; bold chocolate and espresso flavours make it a good accompaniment to a dense, dark chocolate cake or contrast the sweetness of the stout with the saltiness of our local Cashel Blue cheese. Well worth trying in a chocolate cake or these Double Chocolate Knockmealdown Irish Stout Brownies. 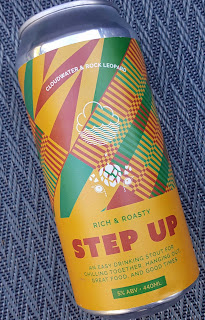 Colour’s black as can be with a flimsy head. The brewers give the aromas as roasted malt, coffee and light smoke - no problem agreeing with that.  And you get more of the same on the palate with caramel and some fruit flavour thrown in. Decent enough, it is easy-drinking all the way with this medium bodied beer, finishing dry with more of that coffee and caramel.

They say: Cloudwater and Rock Leopard combined for this one, stepping up to help charity with 5% of the takings donated to help. An easy-drinking delicious stout for chilling together, hanging out, great food, good times.