A Quart of Ale± #33. Moving on over to craft with St Mel’s Brewery. 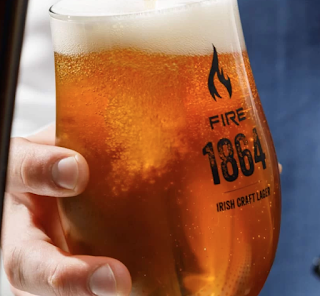 Moving on over to craft with St Mel’s Brewery

And it was from their online shop that I ordered a mixed box a month or so back. I think it celebrated their anniversary and was called the Launch Box. Now it’s available on the site as “All the beers sampler box” and costs a reasonable €35.00 for a mix of cans and bottles.

You’ll soon realise that founders Liam (Head Brewer) and Eoin (also a brewer) are well into their lagers but they have much else to offer. We have a selection below and have included and will include more of their beers in our regular posts here.

This light lager from the Longford brewery pours a hazy lemon juice colour with a soft head that rests for a spell. Plenty of bubbles rising. Citrus notes in the aromas. May well be light but this beer has quite a decent mouthfeel, plenty of flavour and packed with refreshment, with a lip-smacking finish.

They say: ”Go On So" a light feeling beer that lets one reflect. This 4% lager is made using the highest quality Irish ingredients before being matured in tanks for 6 weeks to deliver crisp, clean and refreshing notes. Pairs well with spiced dishes and barbecued meats.

As I said earlier, the folks at St Mel’s are well into their lagers and this is one of my favourites from the portfolio (though I didn't do too much reflecting!). 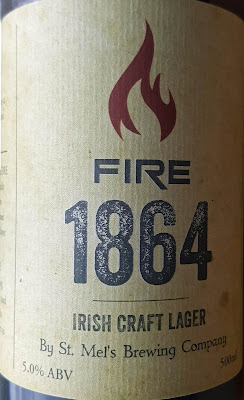 Colour is  light amber, with fountains of little bubbles rising. White head has a very brief life-span. Floral and some spicy notes in the aromas. Refreshing and crisp, with a mild bitterness and a slight malty sweetness and light fruit flavours, it is delicately balanced with a satisfying finish. Reminds me a bit of a Vienna lager.

This has been lagered in tank for 6 weeks. A hopping process called first wort hopping has been employed which lends the beer a fine bitterness balanced by the aromatics of the noble Mittelfruh (hops) variety.

They say: We work with some of the finest names in hospitality to produce their own label beer. We help with the recipe, brand development, menu pairings and staff training.

In 2017, Fire lager was developed in partnership with Fire, a well-known Dublin restaurant. The building dates to 1864 and was originally used as the supper room for the Lord Mayor of Dublin. In 2005, it became FIRE. The building itself is still in the care of the state and the Lord Mayor is still in residence in the nearby Mansion House and often comes to dine in “The Supper Room.

In fact, I visited there myself a few years back, but that was before this lager made its debut there. Next time, I’ll know what to ask for!

Founded by two friends in 2014, St. Mel’s Independent Brewing Company aimed “to make brilliant beers that are accessible and flavoursome to be enjoyed with food and with friends”. Looks like they are succeeding! 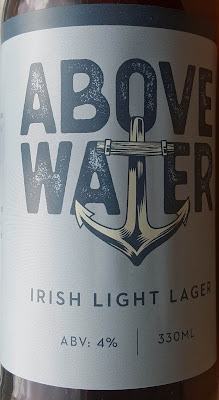 Colour is a straw yellow and it is cloudy. Aromas are a mix of grass and herb, almost a touch of Marlborough Sauvignon Blanc. Malty is possibly the main descriptor of the palate which, while making a modest initial impression, is balanced with that hop bitterness, has an appealing texture (almost like a rice beer) and mouthfeel, and is clean, crisp and refreshing.

And that combination fulfils it purpose in this case, as a beer for Dublin’s Sole Restaurant, noted for its seafood and grill. The beer, they say and I believe, goes “very well with spiced dishes, steaks, and all types of seafood”. Mission accomplished!

Their master brewer has decided not to fully filter this Irish light lager in case that operation might lead to a stripping of flavours, hence the cloudiness.

They say: “We offer a bespoke own-label beer development, production, packaging and maintenance service that allows our trade partners to maximise their beverage sales revenues without compromising on quality, while also adding to the prestige of their brand.” 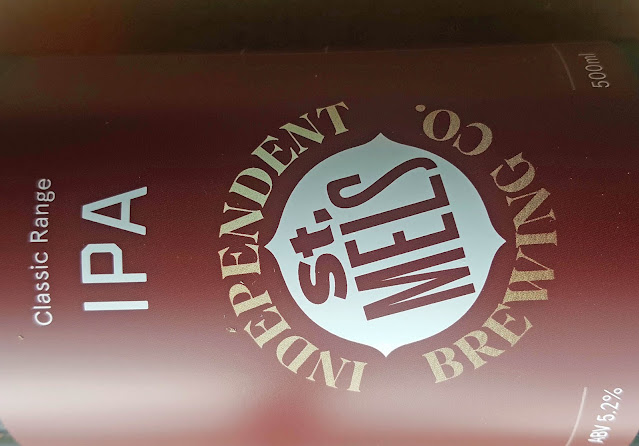 This IPA from the brewery’s classic range comes in an amber colour with countless bubbles rising. They are painstakingly precise on this point: “All our bottled beers are carbonated to an exact level in a natural conditioning process in the bottle that adds an extra two weeks to the production process.”

There’a a hint of the bitterness to come in the aromas, also featuring exotic notes. That bitterness and fruit from the “liberally hopped” beer also shine on the palate with balancing notes coming from the malt. Quite a distinctive IPA, with a great depth of flavour.

Not easy to come up with something distinctive in the well-populated IPA field these days. No wonder that the Cotton Ball have named one "Not Another Bloody IPA". I also have a Salt version labelled “No Coast IPA” in the queue.

They say: “This beer is the perfect companion to those BBQ days and whatever is on the grill. It also works great with Blue cheese or with a craft spice bag! May you live as long as you like, and have what you like as long as you live.” 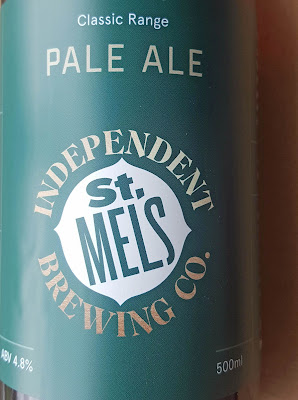 Colour is a mid amber, white head, sinks quickly enough but still a fair bit of a stay. Hoppy aromas, notes of citrus and pine.  And much the same flavours as this beer makes a refreshing impact on the palate and beyond. Smooth, flavoursome and well balanced and quaffable, a touch of caramel from the Crystal malts helping. Not too sure what hops are used here but the flavours are not quite so “American” as you often find these days and the beer is none the worse for that, quite the contrary.

The folks at St Mel’s, a proudly independent brewery, suggest pairing “to the big fresh flavours like those of Thai and Indian cuisine. It also works great with mature cheese or with a sneaky Fish ’n Chips or Curry Chips”. Over to you!

They say: Creating the best beer we possibly can starts with using the best natural ingredients possible. We brew high-quality all-natural beers which are chemical and additive-free. We are strongly committed to using and supporting Irish when possible and use the finest ingredients sourced from local suppliers with over 80% of the grain used at St Mel's being Irish grown and malted. 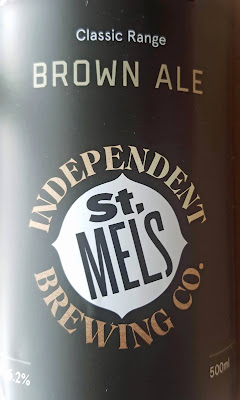 Brewed by Liam and Eoin at St Mel’s this is a dark brown with a thin coffee coloured head. Aromas are herby and floral.  Light orange blossom is mentioned on the label but I’ve never come across that particular blossom. Light and fresh on the palate, bitter enough too but balance coming from the caramel of the malt base.

A pleasant enough beer but hasn’t got the quite the same heft as Ballykilcavan’s Bamrick’s. Heft is, perhaps, not the aim here. A few sips in, I’m thinking there’s a certain balanced delicacy here and maybe that was the aim all along.

They say: “..perfect companion for food with a depth of flavour and a fresh lightness of herbs and citrus. It also works great with Mexican cuisine or a sly warm black pudding, lashings of rich butter and thick batch loaf sambo.”

I’ll be including more beers from St Mel’s in the regular Quart of Ale posts.