A Quart of Ale± #28 Moving on over to craft. With A Variety of IPAs

With A Variety of IPAs 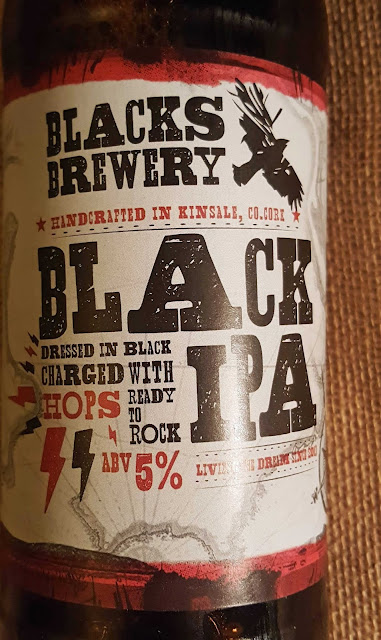 A hybrid beer, according to the Kinsale brewery, giving us the best of the IPA and Stout styles where West Coast US meets South Coast Cork.

And that about sums it, this dark beer, another with a short-lived head (coffee coloured). Hints of the coffee and cocoa to come in the aromas. But the big ambush comes with the palate experience, the light touches from the IPA side, the dark deep stuff plus the creamy mouthfeel from the stout side, complex fruity elements holding their own as the coffee and chocolate notes push forward. Somehow there is a harmony right through the dry and very satisfactory finish. This has been spot-on since day one (2016), and a favourite here since first tasted.

They say: This bad boy is a beer lover’s dream come true. We have taken the amazing hoppiness of our IPAs, tuned it to perfection, and fused it together with the roasted malt backbone of a stout to create a hybrid beer that represents the best of both styles. Expect citrus, pine and berry notes to be suddenly ambushed by flavours of coffee, cocoa and liquorice. Pair with Blue cheese, Chocolate brownie. Hops used are Centennial, Citra and Vic Secret. The IBU number is 60. 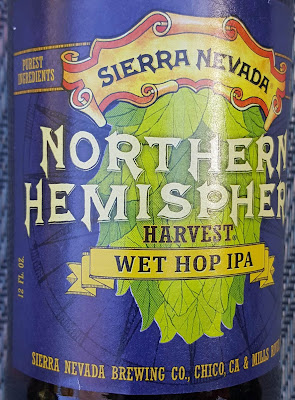 They promise hops and they deliver with a punch in a dark amber robe, an off white head quickly sinking to a lacy disc. And there are bubbles galore rising. Quite complex in the mouth, earthy and fruity and then a long and bitter finish.

Quite a concentrated shakehands (it is 6.7% abv) from this Nevadan, one to remember. It took me a few sips to get comfortable with it but soon we were hanging like long-time buddies.

Easy enough to promise hops if your source is the Yakima Valley (Washington state) as it, according to Wikipedia, produces 77% of all hops grown in the United States. Sierra Nevada get theirs shipped to the brewery within 24 hours to “capture hop aroma and flavour when they’re most profound”.

They say: Northern Hemisphere drops you into a hop field, the beer’s profound flavor like strolling under the lush canopy. This year, we picked Centennial hops at their peak, rushing the harvest into our brew kettles the very same day to make a wet hop IPA loaded with notes of citrus blossom, rose, and pine. 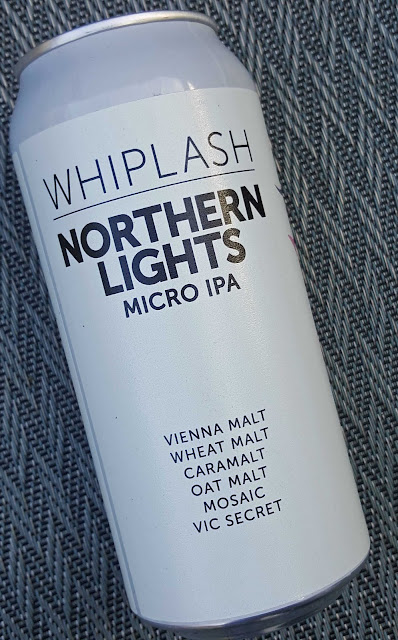 Hazy mid-gold is the colour of this Whiplash IPA and yet another short-lived head. It may well be micro in terms of abv but nothing shy about the hops, both in the aromas and on the palate. There’s a full-on blast of the more exotic fruits thanks to the generous input of Vic Secret and Mosaic hops. Big on flavour, low on alcohol, an excellent beer and ideal for a session.

The introduction of  ‘Micro IPA’ was “one of our proudest moments of 2018”, according to the brewery. And we punters  lucky to have it. “When we dropped Northern Lights at Hop City last April we thought we’d be crucified for bringing a knife to a gun fight of 10%+ IPA’s. Instead, people came to us and said this stuff is rocking, fun, and accommodating of the sesh. We thought so too. So much was the fun of drinking our 2.8% hop bomb over those weeks that we decided, fuck it, let’s keep this beer on year round. That July we rolled out Northern Lights as a year round offering and man it’s fun to have around.”

So successful has it been that they’ve “built a brewery around being able to deliver this consistently and year round. Still packing a base of German Vienna, Wheat, Oats and a touch of super light Caramalt - this short arsed banger is tasting the best it ever has thanks to all the silly kit we’ve put in to make it sing.” 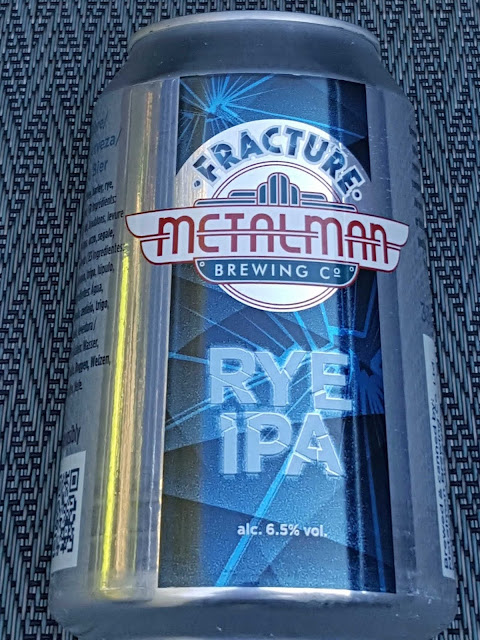 Colour is a light amber, millions of micro-bubbles rising in the cloud. Aromas are slightly sour, perhaps that kveik yeast having its say. Fruity and lively on the palate, a tang of spice as well, and then a dry finish (almost Campari like). Probably the most impressive of the Metalman beers in recent weeks (the American style Pale Ale and the Equinox Wheat Lager were the others).

They say: brewed with a Norwegian farmhouse yeast called kveik, this rye is full of soft fruit notes, combined with the spiciness of rye and complemented by Azacca and Citra hops. Ah sure go on then! It’s not pasteurised or finely filtered, so store in the fridge if possible (but not for long).