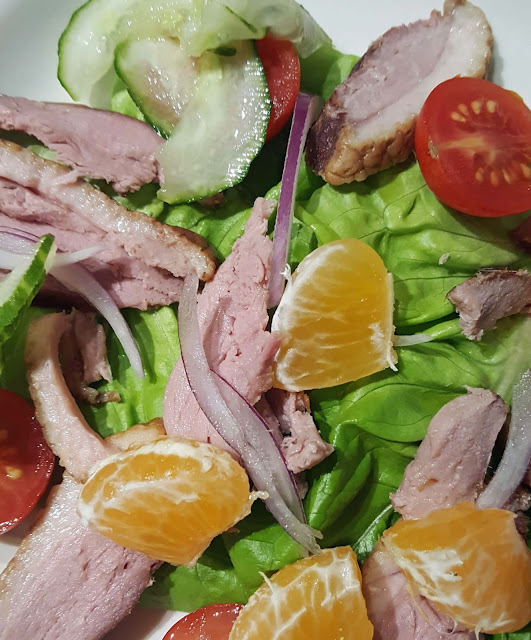 Back in November 2009, at O'Donovan's Wine Show in Cork city, I tasted a new product from Ummera, the smokehouse on the banks of the Adrigeen River in Timoleague. Ummera's Anthony Cresswell had just opened the pack and was wondering what the reaction was going to be. I was blown away by the texture and the succulent flavour and so too were many people that followed me that evening.

It certainly had the wow factor and they entered it in the 2010 Great Taste Awards and were thrilled to receive not only a 3 Star Gold Award but they also were honoured with their first Oscar, the Golden Fork for the best Irish Speciality Food of the year. (They won another Golden Fork this year, for their smoked salmon, story here.)

The duck is marinated in a brine of sea salt and raw cane sugar, then hot smoked over oak sawdust fires, the flavour and succulence of the duck breast is amazing; serve on a slice of ripe pear and a trace of light vinaigrette sauce – magic! And enjoy it all!

For at least the second time, Anthony's Smoked Duck is our Taste of the Week. At the weekend, we used the recipe below (from an old Ummera leaflet). We had to adapt it as we didn't have every ingredient (no pomegranate, for instance) but it worked out very well indeed. 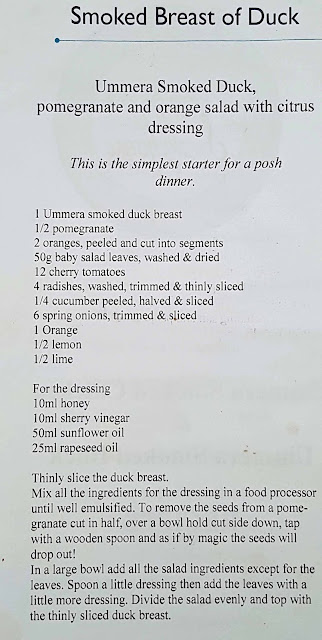