Moving on over to craft with Pale Ale. 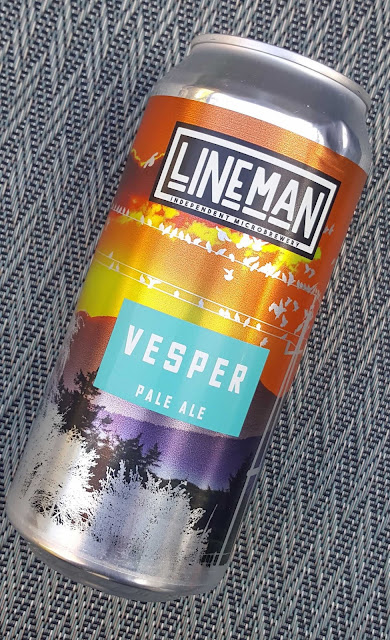 Colour of this Dublin produced pale ale is a light yellow, almost lemon, hazy too with shoals of micro bubbles seeking the surface. The early ones hit a big white head, latecomers just a thin lacy disc. Quite complex aromatics of the more exotic kind. And the impression on the palate is much the same, flavour galore but all’s in harmony here. So take your time and meditate on the good work of the farmer and the brewer and enjoy. No need at all to glug this dry-hopped pale down in a rush. Take it cool and easy, enjoy the fruit, let it linger.

Their story: Lineman had been a long-planned project of founder/owner/brewer Mark Lucey. Having been obsessed with beer and heavily involved in homebrewing for all his adult life, it was always an ambition to open a brewery or have a commercial brewing project that would allow him to produce a diverse range of beer. Stouts, Belgians styles, IPAs and Mixed Fermentations.

It soon became a proper husband and wife team when Vivienne joined shortly before the first beers were released. Being a graphic designer with lots of commercial experience she was able to bring the look for Lineman together just in time for their beers to be released. Vivienne produces all the artwork and looks after the marketing side of things.

Gold is the colour here, a very cloudy one! Soft white head is something of a keeper.  It is double dry-hopped and you get the message in the aromas. And also on the palate. But glad to report, while hop lovers will be happy, there’s nothing extreme here. Just a glassful of cracking flavour, rich and intense right through to the finish.

Superb with food and they recommend Indian and Thai cuisine, “also works excellently for washing down those spicy chicken wings”. Great balance in this one, a pretty perfect pale ale, juicy all through with a dry and bitter finish.

Came across the name St Mel’s when (don’t ask!) I was playing colleges hurling (Harty Cup etc..) but always thought Mel was a short version of something longer. But apparently not. Mel is the full extent of the name. No shortcuts in the brewery either. They go to the limit and pay attention to detail with every single beer. The customer wins. 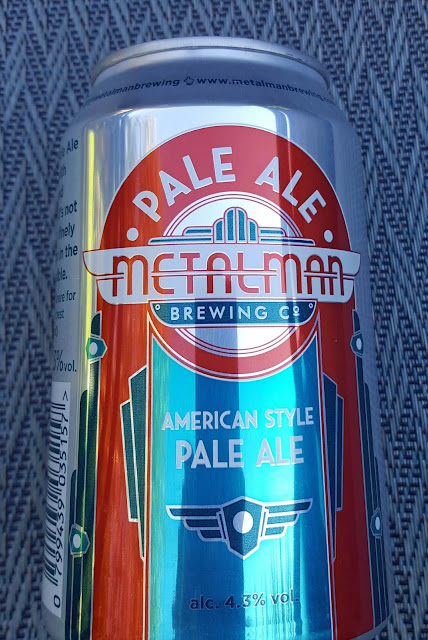 A rather delicate, and shy, head on this American style pale ale,  the American bit reinforced by the use of Cascade and Summit hops. Hop induced citrus and floral aromas, even a touch of pine, feature before the same flavours (grapefruit and mandarin), again a product of the hops, take over on the tarty palate, veering towards sour rather than bitter, refreshing though.

It’s not pasteurised or finely filtered, so store in the fridge if possible. Available in: Keg, Cask and Can. Named Beoir Beer Of The Year 2013. Much more competition around these days.

Metalman Brewing was born in 2011 when two beer enthusiasts decided they’d had enough of the outlandishly limited selection of beer available in Ireland. ..they decided to help do something about it. Gráinne chucked in her I.T. job and went about setting up the brewery. Meanwhile Tim stayed at the day job.

They availed of contract brewing initially, finally moving across to the Tycor brewery in early 2012 and things really started to get underway. Tim joined the brewery full time in 2013. At the end of 2014,  the first canning line was installed at an Irish microbrewery, and cans of Metalman Pale Ale hit the shelves in January 2015. And it’s busy busy these days. 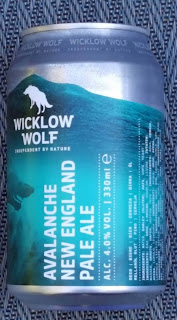 Light gold is the colour, quite bright too and clear with no shortage of bubbles rising towards the white fluffy head, a head that is in no hurry to clear off. Aromas are mildly hoppy as is the beer itself. And nothing extreme on the palate either because it is in balance between hop and malt. A well made beer that fits easily, if unassumingly, into its stated category.