If Douro or Duero is on the bottle label, you're on an Iberian winner. The River and its Wine. 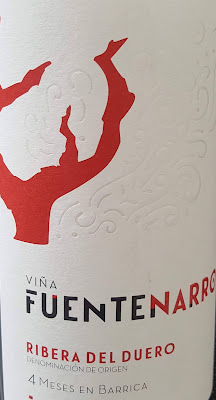 The river begins its journey in the centre of the north of Spain and is called the Duero. Five hundred miles to the west, it enters the Atlantic at Porto where it is now called Douro. Not quite a river of wine but there is no shortage of the drink as you travel from east to west, from Spain to Portugal. Our first bottle below comes from the Spanish area known as Ribera del Duero (ribera means riverbank). In Portugal, the amazingly scenic Douro is perhaps best known as the home of Port but here too you will find excellent still wines such as the example below from Quinta Da Esteveira.

Tempranillo, in many Irish people’s minds, is the grape of Rioja. And it is. But, since the end of the 20th century, the 300 plus bodegas of Ribera Del Duero are also laying a strong claim to the grape by making some excellent wines with it.

This deep red Fuentenarro (from a family owned winery) is a 100% Tempranillo. Traditional aromas of black berry fruit, touch of spice. Big intro of fruit and spice, no shortage of acidity either, juicy yet dry. Powerful start eases smoothly down to  super-long finish. One to sip - a little goes a long way - and enjoy your long lunch or dinner as the sun goes down. Very Highly Recommended. That it is well priced is a bonus.

Wine has been produced in this beautiful region since Roman times, though it became well known outside of Spain only in the 1990s. North west of Madrid and south west of Rioja, in the Castilla y León region, the vines grow on a flowing swathe of land that’s approximately 115 kms long and 35 kms wide.

The vast majority (including Fuentenarro, near La Horra) grow in the province of Burgos but some too in Segovia, Soria (Antidoto, for example) and Valladolid. 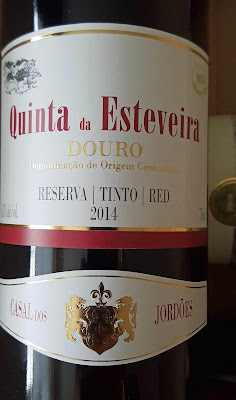 This organic Portuguese blend is a dark red colour. Rich and ripe aromas. Smooth, fruity and a bit spicy, a lovely mouthful with a good finish as well. Highly Recommended. Pretty well priced too.

Two of the grape varieties, the two Tourigas, are also used in the production of Port. The Jordoes family began producing wine from terraced vineyards on the slopes above the river Torto in 1870 and, since 1994 have championed the production of organic port. They are just one of quite a few Port producers also involved in still wine (no big surprise there!).
#DrinkResponsibly
Douro Le Caveau Mary Pawle Portugal Ribera del Duero Spain tempranillo