Wayward Irish Spirits Content On Shores Of Lough Leane. Cheers To The Liberator

Cheers To The Liberator

We enter a locked door to a group of old farm buildings. Chinese characters over the door catch my eye. Maurice O’Connell, my host, tells me it means “House of Contentment”. But it is something of a joke played by one of his ancestors on his less travelled relations as House of Contentment is a euphemism for a brothel. Yet, as the visit continues I consider contentment as a pretty good word to sum up Maurice’s pursuits here. He is a whisky bonder and these old buildings are the bond with rows of maturing casks awaiting their freedom and their drinkers’ contentment.

And freedom too is associated so much with his family. Daniel O’Connell (1775 – 1847), The Liberator, is one of his ancestors. Daniel fought, with non-violent methods, for Catholic Emancipation. In the early 19th century he became such a thorn in the side of the ruling British that the then PM, Sir Robert Peel, described him as ‘that wayward Irishman’. Maurice decided to take ownership of the insult and so his whiskey company is called Wayward Irish Spirits and their first series is named The Liberator.

The Liberator whiskeys are finished off here in this 300 year shed, so far in Port pipes, appropriate too in that Maurice’s wife, Francesca is Portuguese. He is very, and rightly, proud of these new releases but the jewel in the crown (if we can use that term in a place that gave the crown so much worry) is yet to come. His plan to have the Lakeview Estate Single Estate Pot Still is well under way. They grow their own barley on the Estate – laying down their first Single Estate Pot Still spirit in early 2019 and then start grain-to-glass distilling on the Estate in 2024. And we were shown some of the casks that have been quietly maturing for over 18 months. 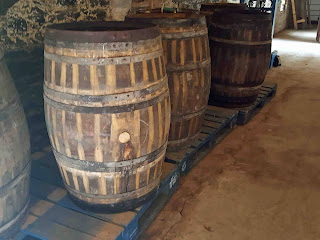 Not always quietly. The lake and mountain setting gives the estate a special microclimate: the famously changeable weather provides lots of variation in barometric pressure, even on an hourly basis - that contributes to cask maturation which depends on these changes. Sometimes, you can feel the pressure if you put a hand on top of a cask. Perhaps the angels are impatient for their share.

They craft their whiskey at the family’s historic Lakeview Estate on the shores of Lough Leane, the largest of the Killarney lakes. The O’Connells, then rising in the political world and easing out of the smuggling, moved to this house in 1820. For centuries before it had been owned by the McCarthys (ancestors of Maurice on his maternal side).

Before that the O’Connell’s base was in Derrynane, a beautiful natural harbour, difficult to find from the sea and surrounded by mountains. This was an idyllic private kingdom at the edge of Europe, ruled by the O’Connells (from the late 17th century). This they used to advantage and built up a fleet of ships importing wines, spirits and fine silks from France and the Iberian peninsula. The Revenue could never quite penetrate that remote area to get their share.

The tales still echo. When Maurice approached the Revenue about the new whiskey business and declared who he was, the officer, an amateur historian who knew all about the history of the O’Connells, laughed heartily at the irony of one of the famous family approaching the Revenue in a such an open way.

Maurice did everything right but no one could have foreseen that Covid19 would strike with devastating effect just weeks after the Liberator was launched. “With pubs and bars closed, it’s been a challenge for people to taste and get to know our Whiskeys so we’ll be releasing miniature versions and have also started a partnering program with hotels”.

I was lucky enough to taste four samples from Killarney and have included Maurice's tasting commentary.

"The inaugural release was in March and is now almost sold out. This Batch 2 is now available and is another vatting of 2 Single Malts - 22% of 2006 Cooley Single Malt, matured in Bourbon casks. The rest is 2015 GND Single Malt, firstly in Bourbon and then finished in really fresh Tawny Port cask. To explain that this is pure Malt Whiskey and not a blend, some have called it a Double Malt - twice as good." Just 1,000 bottles, RRP €65.00, 46% abv.

"This is a delicious light blended whiskey with a high (42%) Malt content, comprising some 2006 Cooley Single Malt and 2015/16 Double and Triple Distilled GND Single Malt, initially in Bourbon but finished in a range of Tawny and Ruby Port Casks. The Grain is mostly 2015 GND but with some 2010 Cooley, all in Bourbon with some finished in Ruby Port. You'll find on the shelves this autumn. ABV is 45%, RRP €49.00."

"We offered this Cask Strength version of our Small Batch in a recent online tasting and we were blown away by the response so decided to offer it as a small "Storehouse Special" release direct from our website - with some available in specialist Whiskey shops. The initial release is 140 numbered half bottles (350ml), 62.1% abv, RRP €55.00." Available September.

"This is a work-in-progress from our 2018 Hilly Field barley crop. Harvested in August, small batch malted in Naas, then distilled to our 50/50 mashbill and specification by GND in March 2019. This spent 3 months in Bourbon before transferring to NEOC casks for the last 12 months. (NEOC are First Growth Bordeaux casks, hand shaved with the grain and retoasted). Casked at 62%, this sample was cut to 46% abv for tasting." Not available for sale. Patience! 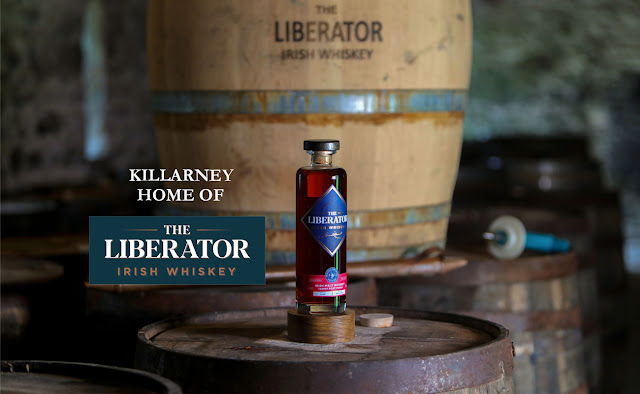 Whiskey bonding? Maurice explains: Before the days of big brands, merchants and inn keepers would buy spirit from their local distillery and mature it in their own barrels to produce Whiskeys unique to their establishment. This was called Whiskey Bonding and we're at the forefront of the movement to restart this traditional business.

One of the buildings on site has been earmarked to house their micro-distillery and then we’ll have something special from the fields of the estate, “grain to glass” as Maurice says, with huge anticipation and enthusiasm. Having returned here two years back after a long spell in the UK he is contented: “Never had so much fun.”