A Quart of Ale± #10. Moving on over to craft. American Style IPA 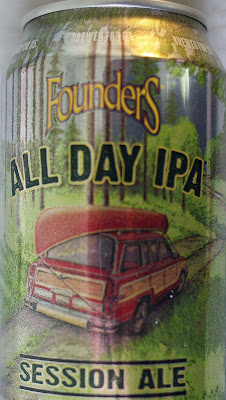 First, there was IPA. In the 18th century, English beer, on its way to India was highly hopped. It became known as India pale ale and went down well with the soldiers and later found favour with drinkers at home.

Two hundred years later, just like the empire, it was slipping into oblivion, until the Americans revived it by using their more aromatic and flavourful hops and more of them. And so the American IPA was born. And that led to a revival in the UK.

In Part 1 here, we start with a 100% American IPA and an answer from the UK and a worthy effort too from our own Porterhouse. Both Lyons and Lough Gill have strong US connections. Part 2 will focus on some excellent American style IPA produced here in Ireland by the likes of Kinnegar, Whiplash, Blacks and Yellowbelly.

Light amber colour, no shortage of bubbles, white head falls quickly. Aromas are sharply hoppy. Mouth-filling, with strong but not by any means overpowering hop input, not too bitter at all. Excellent, and certainly sessional as they indicate on the label. A classic Founders without all the alcohol.

They say: The beer you’ve been waiting for. Keeps your taste satisfied while keeping your senses sharp. An all-day IPA naturally brewed with a complex array of malts, grains and hops. Balanced for optimal aromatics and a clean finish. The perfect reward for an honest day’s work and the ultimate companion to celebrate life’s simple pleasures.

Brewer Jeremy Kosmicki  made the All Day his mission: “Not too malty, not too bitter, not too much alcohol. Something I would get satisfaction from. Pretty excited that the company got behind it and said go for it. It’s not a light beer.. the only thing light about it is the alcohol.” Reckon he cracked it! See his video onsite at www.foundersbrewing.com

Thornbridge Jamestown New England IPA 5.9%, 330ml can, Bradley’s of Cork
Lighter colour, a light hazy gold, than Founders, big white head, a bit slower to sink. Hoppy aromas. On the palate, you get a fruity greeting, little trace of bitterness. Very quaffable indeed. And if you’re inching your way into craft, you could do worse than try this English made beer.
Hops: Galaxy, Nelson Sauvin, Citra. Mosaic
Maris Otters, Wheat, Oat

They say: Jamestown is soft in body and huge in character. Expect a bouquet of stone fruit and citrus, followed by flavours of papaya and pineapple on the palate. Vegan friendly!

Again a hazy gold, a little heavier than the Jamestown, big white head that lingers a while. Hops peep through in the aromas. Well flavoured as you’d expect from the hops but this smooth New Englander from old Dublin is very drinkable, well balanced with hops enough but no overt bitterness.

They say: Renegade is our take on a NEIPA. With an extended whirlpool at lower temperature for a smooth soft finish. Unfiltered and heavily dry hopped with Amarillo, Galaxy and Mosaic for notable flavours of passionfruit, mango, lemon with a touch of blueberry. This NEIPA is fermented on traditional East Coast yeast.

Lough Gill Native IPA 5.5%, 440ml can, Aldi
The label shows a buffalo with the stars and stripes background. More than enough to indicate that this is more than likely an American style Indian Pale Ale. No big surprise really considering that head brewer Tony is a Lakota Sioux. It came into the Aldi offering about two years back and I hadn’t heard of it until a chance visit to the local store recently. The surprise is that this has some characteristics of an English style IPA.

With COVID-19 hammering small business right across the country James Ward, founder, Lough Gill Brewing Company, is delighted that Aldi has extended its usual summer contract for Native to last through the autumn.

Amber is the colour of this Aldi beer. The soft white head soon sinks to a lacy disc. Hops and their floral notes feature in the aromas of moderate intensity. It has been dry hopped and that comes across clearly on the palate right through to the finish but the malt has a strong enough part to play here as well.

Well-made, well balanced as you’d expect from the Pearse Lyons company who own a distillery and a brewery in the US. Their distillery in Dublin’s Liberties is a must visit while their beers are being produced, for Aldi, in the old McArdles brewery in Dundalk. I haven’t had the pleasure of a visit there yet.
Aldi American IPA. Founders Bradley’s of Cork Lough Gill Brewery Pearse Lyons Porterhouse Thornbridge