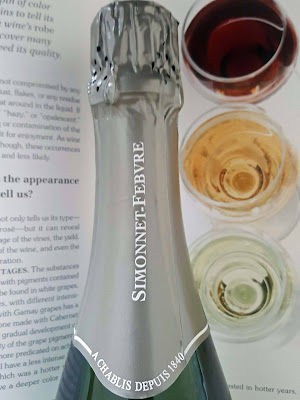 With that out of the way, let us get into this one from Chablis in Burgundy. Not alone is it made in the traditional way but two of the usual Champagne grapes, Chardonnay and Pinot Noir, are used here to give quite a lovely sparkling wine.
Toasty fruity rather intense aromas are followed by a dry (brut) creamy palate - it has spent quite a spell on lees. It is deliciously complex with fruit and biscuity flavours and that long dry finish. Recommended serving temperature is between 6° and 8°C.
Quite good then on its own, as an aperitif (chilled if you prefer) and it may also be used in cocktails. Kir is one famous French drink, the basic one mixing Creme de Cassis with white wine. Move up a step now to the Kir Royale where the blackcurrant liqueur may be added to champagne or to this crémant.
And I’ve taken it a step higher recently with a French Liqueur called Chambord, named after a very large royal chateau in the Loire Valley. Chambord is a “black raspberry” liqueur and may be used in a variety of cocktails - there’s usually a bunch of recipes tied to the neck of the bottle. But my current favourite is the Kir Chambord where you mix one part of the Loire drink to six parts of sparkling wine and this Crémant certainly fits the bill. Salut!
Of course, Bordeaux and the Loire also have their own sparkling wines but many of the French crémants, there are 9 or 10 in all, come from the eastern half of the country, including this one; others to note here, near the mountains, are Alsace and Jura.
* If you’d prefer champagne, or if you’d like to do a head to head with the crémant, why not pick up a bottle of the Pierre Darcys champagne, also reduced (from 29.50 to 22.62). 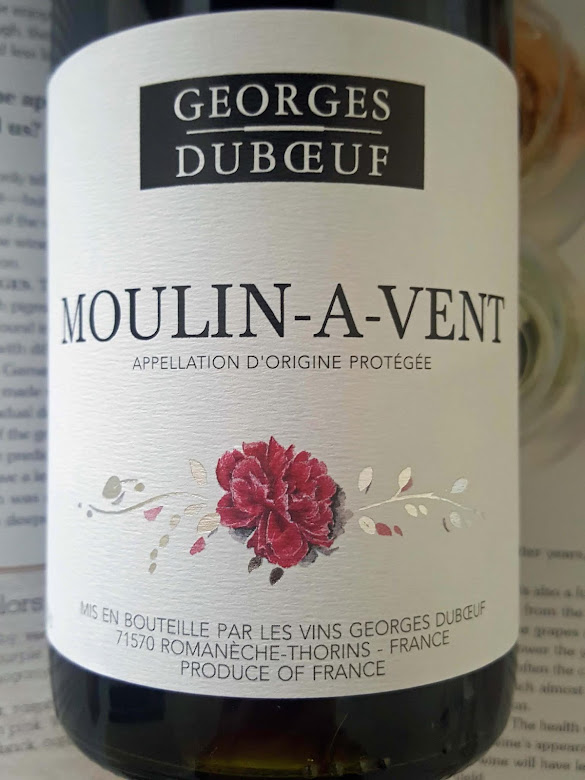 This particular Beaujolais has a mid to dark ruby robe. Black berried fruit mainly on the nose, floral (violet) notes too. Beautiful on the palate: juice, fruit, those floral notes again and some spice too and that deliciousness continues right through to the finalé. This is a wine - a terrific food wine - that makes your taste buds sit up and take notice.

“Good Beaujolais is delicious: mineral, focussed, with fruit of raspberries, black pepper, cherries; it's never overstated or blockbusting, but it has character, balanced acidity, lightness and freshness”. Reckon Oz Clarke and Margaret Rand got it more or less correct there. And Supervalu have an excellent example here. At an excellent price too.

According to Wine-Searcher, “Moulin-a-Vent is arguably the most noteworthy of the ten Beaujolais crus, located in the very north of the Beaujolais region. Moulin-a-Vent wines, made from the Gamay grape variety, are known for being some of the most concentrated and tannic made in Beaujolais, a far cry from the light, simple Beaujolais Nouveau wines.” Gamay and granite go well together and there is no shortage of the ancient stone in the area.

Other Wines in the Sale
Aside from the guests listed below there are scores of other French wines on offer in the sale. And there's a mini-focus on the Rhone with three of the crus featured: Chateauneuf du Pape, Vinsobres and Vacqueyras. Chateauneuf is no doubt the more famous but I've enjoyed some excellent reds from the other two. Indeed, I enjoyed a bottle of the Vacqueyras earlier in the year. Colour is ruby red and ripe dark fruits abound in the inviting mix of aromas. There is a great balance between the ripe fruit and spices, plus a hint of liquorice, impressive texture, full bodied and rounded. Pair with lamb and hard cheese.

Bordeaux of course just has to feature. One that you might note is the Les Hauts De Gros Caillou , Saint Emilion. The wines of Saint Emilion are well known and, like many here, this is a blend of Merlot and Cabernet Sauvignon. Red fruit aromas and in the mouth, there are fruity notes galore in this typical Saint Emilion, good acidity too, of course, all leading to a well balanced wine.

The Guests
The Special Guest Wines that will be available in SuperValu for a limited time during the French Wine Sale are: