You'll Find Jacques Always On The Sunny Side Of The Street

You'll Find Jacques Always On The Sunny Side Of The Street 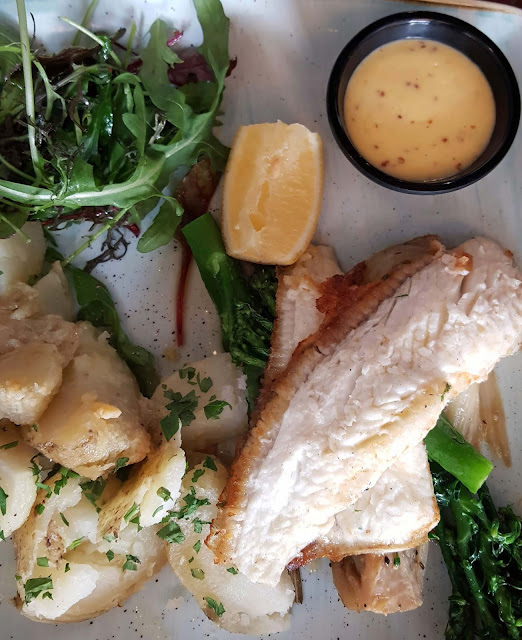 There may be less covers in Jacques these days but the menu is still expansive as the popular Oliver Plunkett Street restaurant hasn’t followed the trend that sees less options available to the diner. No shortage of choice at all when we called for lunch last Wednesday, everything from soup to ribeye, from toasties to fish and chips. And much more in between with most tastes and budgets catered for.

Hands sanitised, we were soon seated in a comfortable corner by the window and, after the usual warm welcome, were studying the long menu. The salads looked very tempting indeed: Baked Ham Salad with Ballinrostig Cheese, the Roast Beetroot Salad with Knockalara Sheeps Cheese (this was just one dish underlining a great loyalty between Jacques and their suppliers), and the Fresh Crab and Bushby Strawberries. 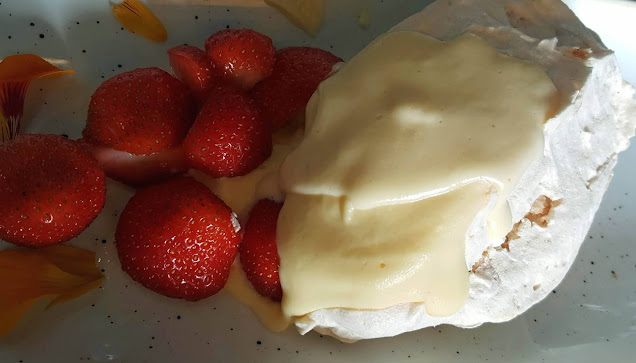 We would have those luscious strawberries in the dessert. And what a dessert! The Almond Meringue, Custard and those Bushby Strawberries (perhaps the last of them for this season) sent us off into the sunny afternoon in great form. And that form was also boosted by a terrific cup of coffee, Maher’s of course. After all, Maher’s are next door neighbours!

Regulars were rolling in as we engage with our mains. CL choose the Pan Fried Plaice, Hollandaise, Seasonal veg, and Ballycotton Queens. Those buttered up Queens were a highlight, the broccoli cooked to perfection (not too hard, not too soft) as was the fish itself while the sauce was served on the side (always a good idea as it leaves the diner in control). 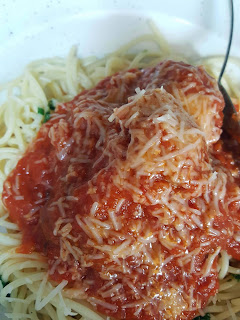 I had been seriously looking at the cheeseboard, all for myself: Cashel Blue, Durrus Classic and Ballinrostig Gold, with sourdough crispbread and drunken figs! It’s also an end of meal option. In the event though, I picked another favourite: Italian Meatballs, Tomato, Spaghetti, Basil and Parmesan. Usually a superb combination of flavour and texture. It was all that here and more!

Jacques have also have a huge choice of drinks. Earlier in the week, I spotted on their Instagram that they now have some of the beers from the German Brewery called And Union. The one featured in the photo was a Wheat Beer called Wednesday, quite appropriate since we were in on a Wednesday! They have a beer for every day of the week (and more) and you’ll note that the And Union bottles and cans come in one solid colour - Wednesday is yellow, Tuesday is blue....

Anyway, this Wednesday Weiss is easy drinking with perhaps not so much clove in the aromas as you might expect, more vanilla and banana. This traditional German beer is a hazy gold and smooth and rich in the mouth. 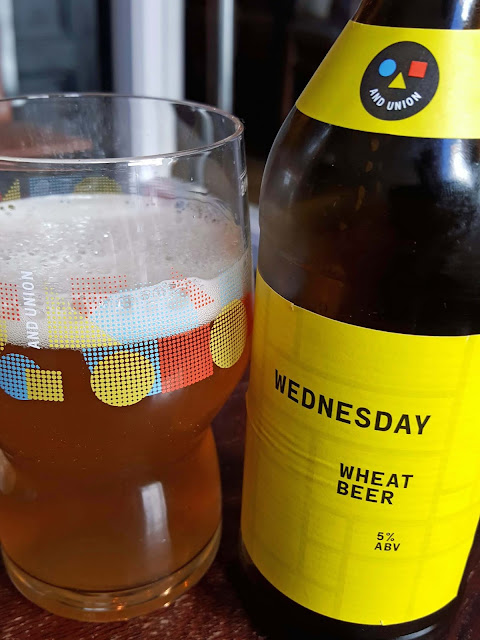 Sisters Jacque and Eithne Barry started Jacques over 40 years ago. “..we still love it, still driven by food, by people. It's a good way to earn a crust. Over the years we have built up a great network of growers, farmers, cheesemakers & small wine suppliers.”

And the customers keep coming back for the honest and unpretentious food, well sourced, well cared for and cooked to the highest standard and, mask or no mask, served with the friendliest of smiles.

They have a website here but if you want the most up to date info (and these Covid days, it can change) you’d be best advised to keep an eye on their Instagram page where you’ll see menus and so on. Do note that, though you’ll see otherwise, even on Insta, that they are now open on Wednesdays (from noon til late).

*They have a second entrance in Phoenix Street at the other side of the block.