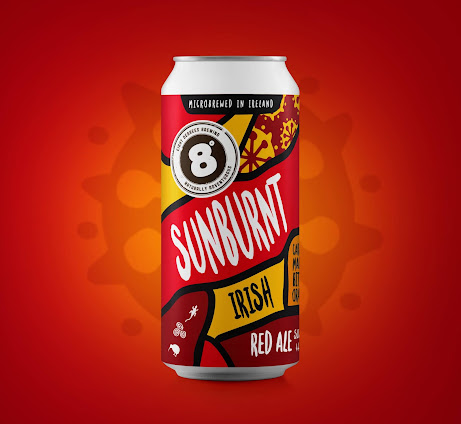 “We’re delighted with the news,” said Eight Degrees founders Cam Wallace and Scott Baigent. “Sunburnt Irish Red is the second beer that we ever brewed - back in 2011 - and it’s been a core part of our range ever since.”

The verdict on the beer from a panel of international respected judges was: "Dry, a distinctly deep coppery red in colour, and full-bodied with a good head. There are some bitter, burnt raisin aromas, and it’s distinctly hoppy but with malts still present. Very assertive on the palate, with light carbonation and multi-layered flavours."

Citra Single Hop IPA was chosen as a Gold Medalist in the highly competitive IPA category.

The World Beer Awards’ judges tasted through more than 2,200 entries from over 50 countries in 2020. The judges blind tasted and scored the entries across three rounds of judging. Traditionally, all tastings are held in person, but this year the beers were brought to the judges. Black-wrapped and sent across Europe, Asia, Canada and Brazil, the judges tasted the beers at home and connected for each session over Zoom.