A Quart of Ale± #26A. Moving on over to craft. A Variety of Lagers. 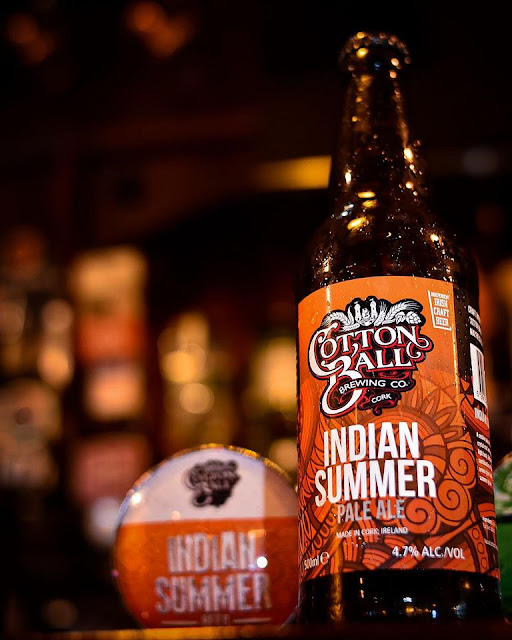 A Variety of Lagers

This modern hybrid style lager has a hazy gold colour, lots of bubbles on show, with a delicate quickly fading white head. Hops make their presence known in the nose. Very impressive introduction on the palate, with a terrific mouthfeel, malt sweetness and hop bitterness get along very well indeed. It is deeply refreshing, full of flavour and persistent. A big and pleasant surprise for me and one to note for sure.

They say: The malts and the yeast we use are traditional, but the hops are not. We use lager malt and other European malt such as Munich malt for flavour, and we use a classic German lager yeast: a strain originally isolated from the oldest brewery in the world. We also use modern American hops for flavour, such as Citra, El Dorado, and Mosaic, furthermore we use the dry hopping technique which is associated with IPAs rather than lager. Underdog hoppy lager is the result.

When it comes to food pairing it’s a brilliant all-rounder, great with BBQs, pizza, spicy foods like curries and for anybody who doesn’t like wine with their food.

The Brewery: Hope Beer started out in 2015 when the brewery was founded by four friends with a passion for beer and business. What began as a series of late-night kitchen table discussions is now a state-of-the-art brewery, producing an extensive range of award-winning premium craft beers. All Hope beers are brewed, bottled, canned and kegged at Howth Junction on Dublin’s Northside and are crafted to be the perfect accompaniment to food.

The Story: During the American invasion of Mexico in 1846, Irishman John Riley came to the aid of the Mexicans in their hour of need. He formed the famous San Patricios Battalion and willingly joined the underdog by fighting against the odds. Ok, they lost, but they became Mexican heroes, remembered especially on St. Patrick’s Day, and on every other day of the year by their nickname: Greengo’s. 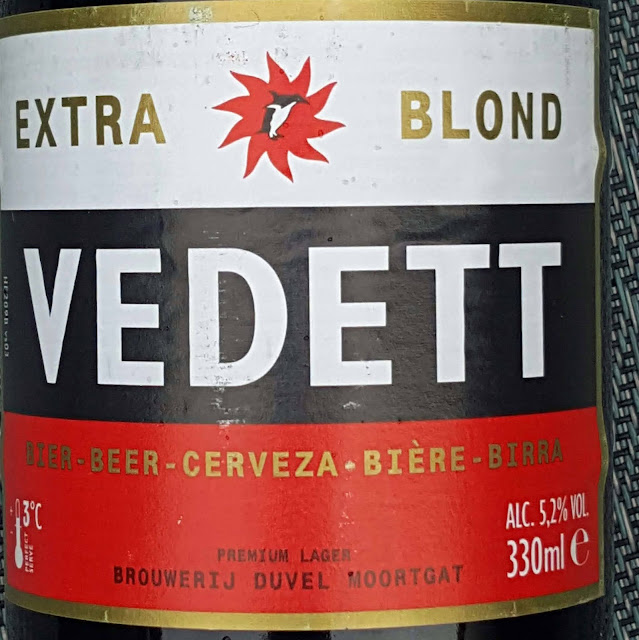 Thought I was buying a golden or blond ale here but turns out this one is more of a lager, a bottom fermented beer, a speciality of the Belgian brewery.

It is straw coloured, lots of bubbles rising, and a fluffy white head that diminishes slowly.  The “extra” here is because of the higher than usual abv. There is a moderate hoppy element in the aromas and on the palate, you immediately realise you have a thirst-quencher in your hand, dry and smooth with a finely balanced hoppiness and a subtle bitterness towards the finalé, always with a mild malt character in the background.

This Vedett has been in production since the 1940s and was “refreshed” and re-launched in 2003. Brewed with 100 % natural ingredients: water, yeast, pale barley malt, rice. Saaz-Saaz and Styrian Golding hops.

Fancy the freshness of a lager, the flavours of an ale? Then check out the Cotton Ball’s Indian Summer. 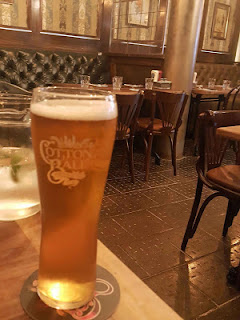 I was reminded of the qualities of the Cotton Ball’s Indian Summer, produced first as a seasonal but now very much a core beer, during a visit to one of Cork’s newest restaurants in MacCurtain Street.

A delicious pint (left). The brewery indicate Indian Summer is “a hybrid beer made with lager and crystal malts but with an ale yeast and is an excellent thirst quencher….  great with an Indian Friday night take away.”

I had my pint in the new Thompsons restaurant (where the Cotton have a micro brewery) and it paired very well indeed with a Nduja pizza. The recipe for this hybrid may be somewhat unusual but it has impressive character, giving the drinker the best of both worlds.

This beer gives a citrusy aroma with a light clean palate and a lingering hoppy bitterness. This beer is for sure a thirst quencher! 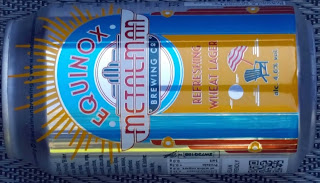 A beer for a sunny day! Even if that sunny day was just above freezing as winter sneaked in.

It’s a hazy mid-gold colour with a myriad of little bubbles rising towards a white head that doesn’t hang about. Orange and lemon peel have been added for a burst of citrus, along with some ground coriander to give a hint of spice at the end. It seems to have worked well as the wheat lager is very refreshing, full of flavour and totally quaffable with a clove-y hint there too. Nice finish also.

Very satisfactory overall and good too that you are able to get it in keg, cask and can.

Something of a hybrid like the Cotton Ball’s Indian Summer. A more serious beer than I first thought and quite a satisfactory one as well. Not a big fan of the discounts but credit where credit is due, so a big thumbs up for this particular Brown Bear. Colour is more amber than gold, the aromas are hoppy and the fruity finalé is more ale than lager.