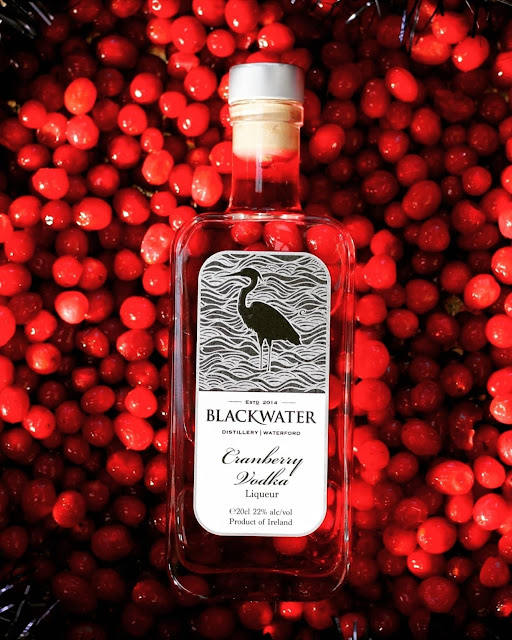 The Christmas Box from the Blackwater Distillery’s Tasters Club was launched, with not a little fanfare, at the Ballyduff distillery last Wednesday evening. Seasonal gins and unique spirits crafted exclusively for the members are delivered on  bimonthly basis and the latest offering consisted of a Christmas Pudding Gin and a Cranberry Vodka Liqueur. By the way, there a few boxes still available but you need to move quickly as the cut off for the Republic of Ireland is midnight on Sunday next the 29th! Details here.

Following the musical intro by the resident distillery band, Peter Mulryan introduced the two new products. “That Christmas pudding gin, I’ve wanted to make that happen for a long time. I also enjoyed bringing the Cranberry Vodka to fruition. Now I enjoy it straight from the freezer which brings out the sour taste of the cranberry. We stop-sweetened it, not too sweet, still a slightly bitter bite. We made it from frozen berries macerated in vodka. It is not fully filtered so you see a little haze, all normal. And it is fab in cocktail.” 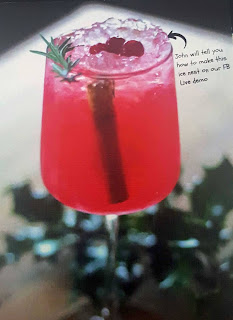 Cocktail ace John Coleman was again on hand to take us through his creation, the Festive Fizz (left). And he came up with a very impressive finish indeed. Prosecco or elderflower tonic or soda water are recommended as top-ups but John's favourite is Cava and then he demoed how to make an ice nest that sits on top, very cool.

Blackwater’s Caroline Senior then introduced is to local artist Valerie Lee who made the gift labels the came with the current box. Based in Lismore, she makes all kinds of cards, earrings, even figures out of clothes pegs. Find her on Insta at GalleryValerieLismore. 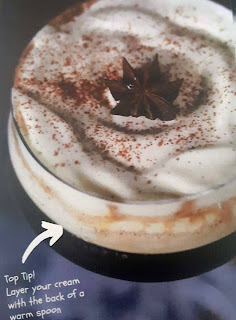 Now it was time for the pudding gin and a chat with its creator Kieran Curtin. That particular journey had its origins when Kieran steeped some damsons in poitin. It was “interesting, a snapps like spirit.” And he began thinking of a Christmas pudding gin. Quite a few more experiments advanced the project until they had it more or less where they wanted it. Still lacking something though, until he took up a suggestion to finish it in Cognac and Port casks. That did the trick. “I love it,’ said Kieran who sometimes enhances it with a little drop of brandy and he did mean little!

Now it was time for John Coleman to introduce the cocktail (above right) for this unusual gin, called Blas na Nollag. It took quite a bit of thought, he admitted. “I played around with a lot of ideas and settled on making a hot one. No shaker required here.” But you will need to add coffee to the mix and then finish it off with a layer of lightly whipped cream which John did to perfection! See John in action and much more from the December unveiling here. 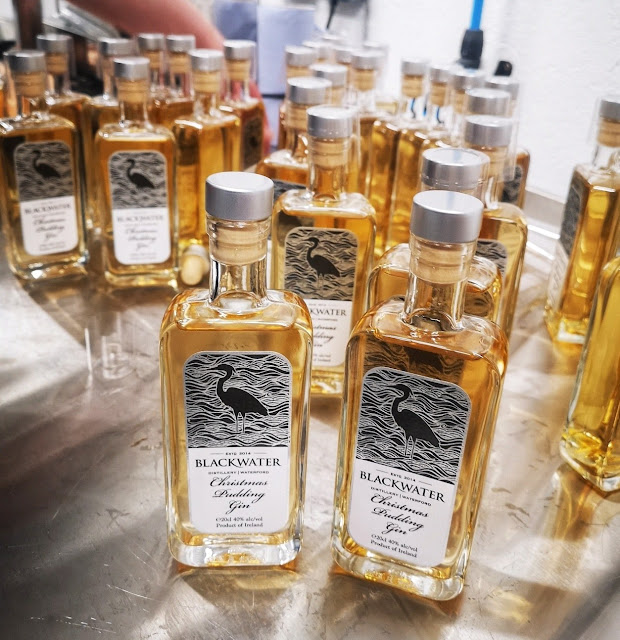 So well done again to the Blackwater team and I’m looking forward to seeing what they’ll come up with for the Valentine’s Day box. In the meantime, if you want one of those few remaining Christmas boxes, remember the cut off point is midnight on Sunday.