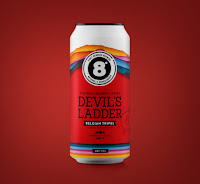 Of all these high ABV specials, of this and years past, some have promised much.  And now, at the end of this annus horribilis of 2020, I’ve found it, the nectar. Not perhaps the nectar of the gods - such a rambunctious bunch and not at all suited to social distancing - but the sweet nectar of the sweet angels. Ironically, it is called Devil’s Ladder. Luckily this ladder goes up. 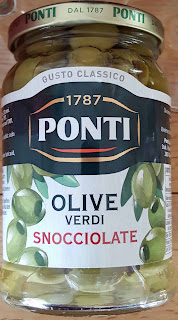 It is a very special beer from Eight Degrees, a special that transcends the boundaries of the humble drink, because of the ingredients and the skill with which they are managed. This is one of best drinks, of any kind (wine, beer or spirit), that I’ve come across and one that could, in moderation of course, turn 2021 into an annus mirabilis.

They say: The beer is pale gold with a gentle Belgian yeast profile. Think soft banana esters, cloves and spice. We finish it in sherry oak butts, which add sweet vanilla, dried fruit and Christmas cake notes to this beautiful beast of a beer.

With Eight Degrees, there are, unfailingly, food pairing suggestions and we took serious notice on the big day and the Belgian Tripel straddled both sides of the Christmas meal. We began with a small serving in Sherry glasses with a selection of nibbles, most notably beautiful buttery low-sodium olives Snocciolate by Ponti and succulent dried tomatoes in extra virgin olive oil by Frantoio Bianco (both imported by Little Italy in Dublin).

Good then but the beer, in slightly bigger but still small glasses, really came into its full glory with the Barnabrow House pudding. An absolutely amazing pairing. I could hear those angels humming as I sipped the exquisite liquid. Euphoria. Until someone stood on the dog's paw!

Fabulous Festive Feast from The Glass Curtain. "Deck The Halls" A Christmas Highlight