O'Mahony's Looked To The East And Netted Dim Sum Hat Trick. This Week, They Focus On Mexico

O'Mahony's Look To The East And Net Dim Sum Hat Trick. This Week, They Focus On Mexico*!

Okay, we've got quite a few Dim Sum aficionados in Ireland. And, on the other hand, quite a few who know very little about this element of Chinese cuisine that has spread worldwide. Dim sum itself refers to a style of Chinese cuisine, served in small bite-sized portions, including but not limited to dumplings.

Cantonese dim sum culture developed rapidly during the latter half of the nineteenth century in Guangzhou. It sum was based originally on local foods. As dim sum continued to develop, chefs introduced influences and traditions from other regions of China and this was the start of a wide variety of dim sum. Dim sum restaurants typically have a wide variety of dishes, usually totaling several dozen.There are over one thousand dim sum dishes in existence today.

And that 1000 plus would not include this Watergrasshill version from O'Mahony's, solidly based on top class local produce, including Carrigcleena free range chicken and duck, Fitzgerald’s pork belly, Ballyhoura mushrooms, Jack McCarthy’s and Hanley’s Black Pudding and more. I got mine at the weekend. It was their third offering and all sold out. This week, I'm told the focus will be on Mexico. Check their Facebook page for details (from today Tuesday) as I'd expect something of a rush. 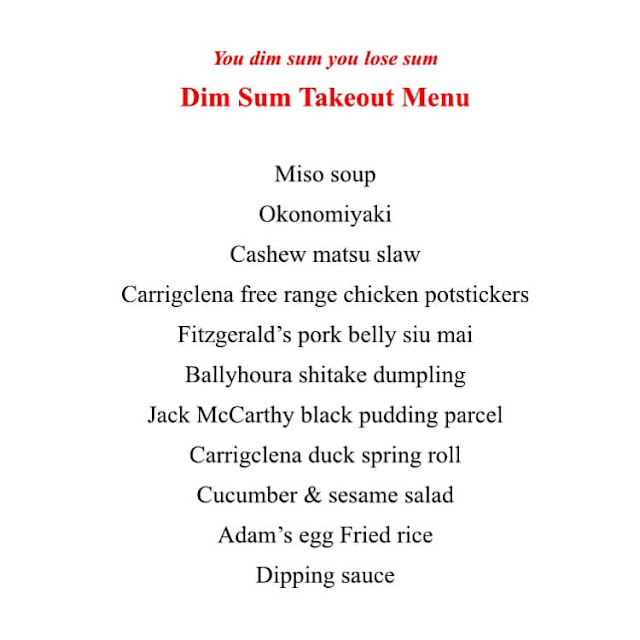 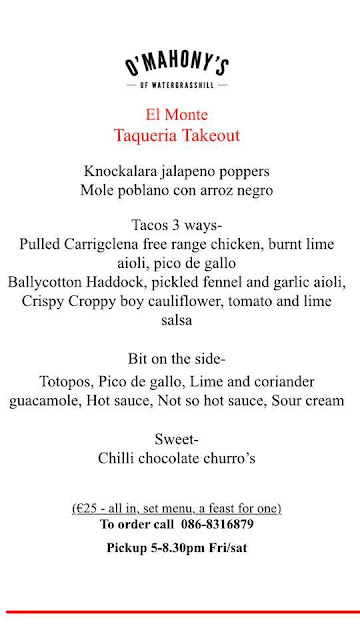