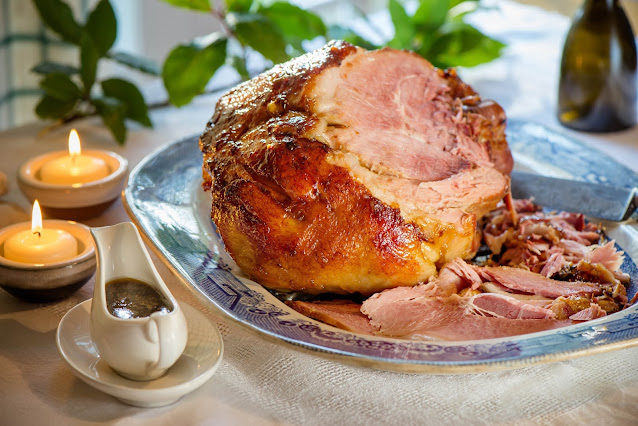 Ballymaloe Foods has compiled some very special Christmas recipes for you to enjoy.

This has been a very special year for Ballymaloe Foods as they celebrated 30 years in business.

Ballymaloe Foods was established by Yasmin Hyde, the daughter of Myrtle Allen 30 years this year. Myrtle established a country house hotel and restaurant at Ballymaloe in the 1960s and it was here she developed her now famous, Original Relish recipe. In 1990, Yasmin decided to start Ballymaloe Foods from her kitchen.

Today the company has 33 staff and 18 products and exports into the UK, Germany, the Netherlands, Australia and the US and its products include relishes, mayonnaise, pasta sauces and dressings. 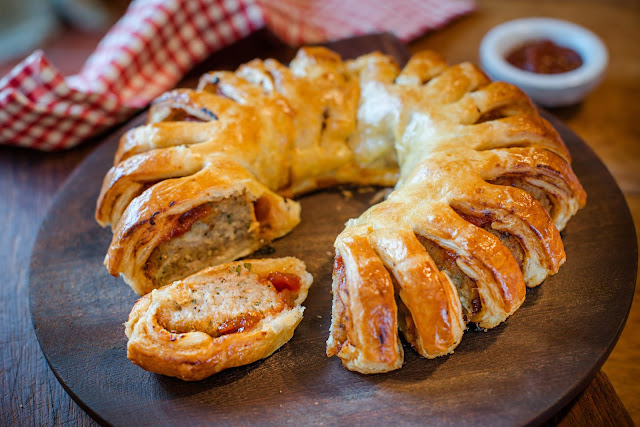 -  Salt and pepper to taste

2. Combine all the ingredients for the sausages together and mix well. Fry a little of the mixture on a frying pan to check the seasoning, adjust if necessary.

3. On a floured work surface, if using homemade puff pastry: roll the pastry out into a big rectangle, a little thicker than a one euro coin. Roll the sausage mixture into a sausage shape with your hands and lay it lengthwise on one side of the rectangle.

4. Spread Ballymaloe Original Relish over the pastry, leaving the last ¼ free for sealing.  Roll the sausage and pastry into tube, pressing the seam together. Join both ends together forming a circle, pressing to seal tightly.

5. Place on a parchment lined baking sheet. Mix the egg and milk and brush the pastry with the mixture. Using a sharp knife, score through the garland to within 1cm of the inside, at 2.5cm intervals.

6. Bake in the preheated oven for 25 minutes or until puffed, golden and cooked through. Serve with more Ballymaloe Original Relish on the side. 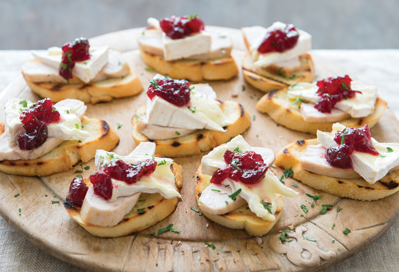 -  A round of camembert (Cooleeney make a delicious Irish camembert)

2. Grill the slices of bread until they are just golden on both sides. While they’re still hot, rub them gently with the cut side of the garlic and drizzle with good quality extra virgin olive oil.

3. Slice the Camembert into small wedges. On a serving plate arrange on the crostini, with a slice of chicken, camembert and a teaspoon of Ballymaloe Cranberry Sauce.

1. Cover the bacon in cold water and bring slowly to the boil, if the bacon is very salty there will be a white froth on top of the water, in this case it is preferable to discard this water. It may be necessary to change the water several times depending on how salty the bacon is, finally cover with hot water and simmer until almost cooked, allow 25-30 minutes approx. to the lb. Remove the rind, cut the fat into a diamond pattern, and stud with cloves.

2. Spoon Ballymaloe Ham Glaze Spread all over the bacon. Bake in a fully preheated hot oven 250°C/475°F/Gas Mark 9 for 20-30 minutes approx. or until the top has caramelized – baste the bacon 3-4 times during this time.

3.Remove to a carving dish. Carve in thick slices lengthwise so each slice includes some of the eye of the loin and streaky bacon. 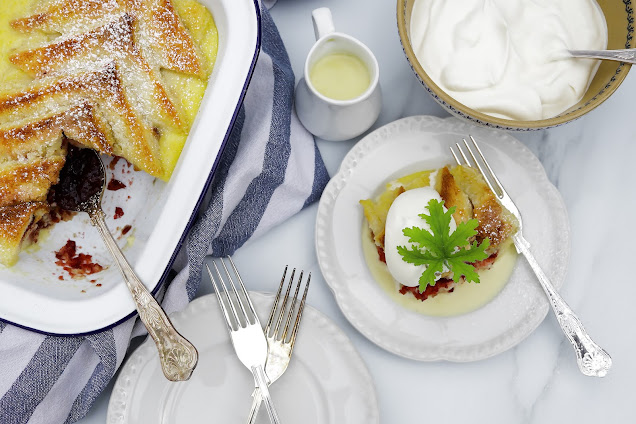 Bread and Butter Budding with Ballymaloe Cranberry and Prosecco Sauce

1) In a medium saucepan gently warm (do not boil or simmer) the milk, cream, sugar and white chocolate. Stir until the chocolate dissolves then set aside.

2) In a separate bowl beat the eggs with the vanilla extract.

4) Using a serrated knife cut off all of the crusts and use for breadcrumbs in stuffing.

7) Butter the serving dish then start to assemble by placing two slices of bread cranberry side facing down.

9) The remaining three slices- cut each slice in half to create 2 triangles, do the same with the remaining two slices. Take these triangles cranberry side facing down and overlap each one to cover the top layer fully.

10)  Take the remaining chocolate cream and egg mixture and pour it over the bread ensuring full coverage.

11)  Carefully sprinkle the sugar over the triangles then wrap and refrigerate for 24hrs.

13)  Place a bain-marie in the oven half filled with hot water. (you can use a roasting tray for this).

14)  Remove the pudding from the fridge. Discard the foil and place CAREFULLY in the bain-marie and bake for 1 hr until deliciously golden brown and fully cooked.

15)  Just as the pudding is baked, put the remaining custard into a small saucepan and place on a gentle heat. Stirring continuously allow the custard to thicken slightly. This can take up to 10mins. Remove immediately from the heat and place into a warm jug to serve over the pudding.

16)  The whiskey cream- lightly whip the cream then fold in the whiskey. Jameson is delicious but it will work with whatever your favourite is. Don’t be shy with the measure- adjust according to your taste.

17)  Once the Ballymaloe Cranberry and white chocolate Bread and Butter Pudding is out of the oven, bring it straight to the table.

18)  On warm dessert plates serve each portion of delicious pudding with a great big dollop of whiskey cream and lashings of white chocolate custard. Enjoy every mouthful!