Barley to Beer a Path to the Future for Ancient Ballykilcavan Farm. 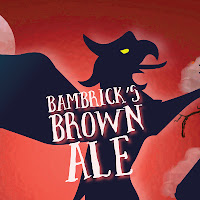 Moving on over to craft with Ballykilcavan Farm

"Ballykilcavan Farm has been the home of our family for 13 generations. We have lived and worked here since 1639, and diversification has always been important to keep our farm viable for future generations. When I took over Ballykilcavan from my father in 2004, my sole motivation was to try to sustain it so that someone else would be able to take it over from me. After farming here for 10 years, it became obvious that just growing barley wasn't going to give the security that I was looking for, and so we started to look at alternatives. The new brewery (founded 2017) and visitor experience are our attempt to keep the farm in the family."

I was in touch with David Walsh-Kemmis, brewery owner and 13th generation farmer, ahead of this post: "We're starting work on our new visitor centre, and that will be ready by April of next year (when hopefully we'll be allowed to have visitors to come and see it)."

In the meantime, we can enjoy some of their specials. "We have a few limited edition specials out at the minute (which are or will be available in Ardkeen Superstore as well, and should make it to Bradley's in Cork). Our limited edition series is called Clancy's Cans - named after the Clancy family who have worked on the farm for five generations.  Can #2 is a double dry hopped IPA, Can #3 is a tiramisu dessert stout and Can #4 (out in early December) is a walnut whip stout.  We also have our annual fresh hopped beer out at the minute - 100% our own barley, water and hops from our small hop garden near the brewery."

David uses his own barley in the brewery. It is brewed up the road by Minch Ltd, another Laois firm. As you may have heard him indicate during an Ear to the Ground interview (19th Nov 2020). "Using our own barley and water (and hops in some cases) is a great selling point for us, both at home and abroad. Check out the programme  (Episode 5) here.

For all recent craft beer/cider posts, please check out the series of A Quart of Ale± posts.

I enjoyed my introduction to the brewery via three cans I bought from the Ardkeen Superstore in Waterford.

A brown ale though the colour is close to black, an off white head is not inclined to linger. Aromas are coffee and caramel. And you get much the same flavourwise on the smooth and silky palate that stays rich all the way to finish. Superb. IBU 26

The label declares, not inaccurately, that this is a “Rich and malty American Brown Ale with notes of chocolate and burnt toffee”. IBU 26

Brown ales and like-minded styles — including straightforward lagers, pilsners and porters — to name a few, are very different sorts of beers (to IPAs). They occupy subtler realms, quenching thirst with pure flavors and perhaps a snappy zestiness in the case of pilsner and a rich depth in the case of porter. They are not flamboyant styles that wow with complexity or make themselves the centers of attention. They simply satisfy. It’s the kind of beer that gets left behind in our I.P.A. culture.

Another Brown Ale I enjoyed, this about 3 years ago, was Lough Gill’s Mac Nutty Macadamia Nut Brown Ale.The guys at Lough Gill admitted to having hand-toasted “trays upon trays of macadamia nuts” for this. No doubt about the colour here, a rich dark brown. Rather handsome overall from the introduction that deposits bags of flavours. It has an excellent body and a nice balance of hops and malt. Must look out for that again.

With the fruit prominently highlighted on the label, I was a little apprehensive when I opened this beer from County Laois. Would it be too sweet? But I needn’t have worried. It turned out to be a very pleasant drink indeed.

A murky amber is the colour here, with a fairly short-lived white foamy head. The aromatics are faintly floral. That fruit, and there is real fruit used here (peach and passion fruit, and also a little lactose), comes through on the palate. But in quite a pleasant way. The brewer has found a happy balance and come up with a smooth and refreshing beer. Easy drinking. Hard to believe, even if it finishes dry, that the IBU is 55 or that the ABV is 6.5. Vic Secret and Huell Melon are the hops used.

Even though I enjoyed this on a cool November’s night, I could see that it would be even better in summer and, in fairness, that’s what Ballykilcavan were aiming for.

This County Laois pale ale has a light (and hazy) amber colour. The head is not inclined to hang around at all. Aromas are hoppy, but with a hint of sweetness. and that hoppy heart continues to beat strongly, without ever threatening to overpower, so the palate is balanced, and pleasant all the way to the finish. One Pale Ale that is is hard to ignore but easy to enjoy.

It has been double dry hopped with Citra, Mosaic and Amarillo and the IBU is 54. Oats is one of the possibly unexpected  ingredients here. Beer brewed with barley and water sourced from “out family farm”.

For all recent craft beer/cider posts, please check out the series of A Quart of Ale± posts.

Ballykilcavan is a 440 hectare block of beautifully landscaped farmland and forestry in the heart of Ireland. We are very fortunate that our ancestors loved the look of the farm and left in almost all the landscape features, particularly the hedgerows and trees in the fields. We also still have our original 18th century stone farmyard and 19th century stable yard our walled garden and the gardener's tunnel as well as the champion black walnut tree of Ireland.

We also grow the barley we use to make our beers and a crop of barley for Waterford Distillery. Ballykilcavan is situated in prime malting barley growing area, just outside Stradbally, Co. Laois. We have been growing it here for at least three and probably five generations and our barley is malted by Minch Malt, just 11km down the road in Athy.

We have won a Boortmalt barley grower award, and won the first ever Best Barley Cup for Waterford Distillery growers. With the opening of a brewery at Ballykilcavan, we are now able to use our award-winning barley to produce our own beers.