A Quart of Ale± #9 Moving on over to craft. American Pale Ale.

Moving on over to craft.
American Pale Ale 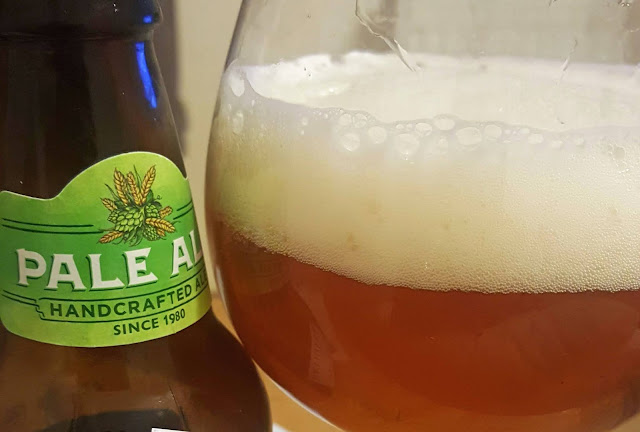 You may be familiar with the Brewdog book: “Craft Beer for the People”. They talk a fair bit about how people come to craft beer and have a feature on what they call “Gateway Beer”. And the one they highlight is this very Sierra Nevada Pale, the gateway par excellence, “not only a gateway but a true pioneer”. “First brewed in November 1980, it has inspired countless brewers… (not least ourselves). A stone-cold classic…”. Classic because it has the 3 ‘A’s: accessibility, approachability and availability.

It’s got a mid-amber colour. A big white head that soon sinks to a lacy cover. Aromas are quite intense, fruity, cut through with pine notes. And you find all that too in the bold flavours but it’s a bit more complex than that. Lots of flavour for sure but the whole-cone Cascade hops bring much more to the party, “introducing a generation to the glory of hops”. But the beer is so well balanced that it seems nobody was turned off and the craft scene got up and running accompanied by an anthem of citrus and pine notes. And, 40 years later, we all march on! If you haven’t tried it, then you should! 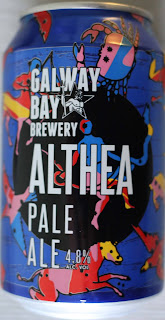 Galway Bay’s Althea, is named after the head brewer’s favourite Grateful Dead song. You’ll have no problem catching this widely available beer which is a straight take on a modern American Pale Ale.

You get quite a large white head on pouring but not for long! The nose, with its bunch of tropical fruit aromas, is quite hoppy, very pleasantly so.  And so it continues on the palate, rich fruits from the hops and barely a peep from the malts.

Galway Bay are one of the Irish breweries that suggest food pairings and here the tips are: chicken, lamb, and other light meats.

Bitterness, by the way, is measured at 48 IBUs. And that number confirms the dominance of hops and the downplaying of the malt, fairly typical of the modern American Pale Ale style, but there are many variations as there are in all beer styles. Nothing stands still as innovative brewers keep your taste buds on full alert. 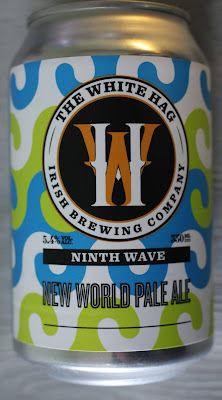 This New World Pale Ale is named after the (mythical) Ninth Wave that formed a formidable barrier for anyone wishing to cross over to New York and Boston.

Hard to believe that the IBU here is 15 IBU, a lager like reading, while that of the Althea is 48! Pity I started this quartet with the Galway Bay and finished it with this one. Must taste the two together sometime! Sierra Nevada, by the way, is 38 IBU.

Colour is a clouded amber, topped with a short-lived white head. Aromatics are mild also, apricot, mango and citrus, all from the hops, in there.

Quite a greeting on the palate though, creamy feel and insistently fruity (citrus to the fore) from the American hops, but all is kept in check as this balanced effort makes its way towards a very satisfactory finalé indeed.  Lively, flavourful and very drinkable. Another for that second glass, or should that be can, designation!

They say: “We are a modern independent craft brewery from Sligo, on Ireland’s Wild Atlantic Way. We brew innovative and groundbreaking beers, inspired by ancient and classic styles.”
They brew a good lot of them! The able and masterly brewers here ensure a lot of them are good.

Two of the same three hops feature in this County Clare beer and again they make the running. Cascade, Citra and Amarillo are in the mix, along with water from their own farm.

Colour is touching amber, again a big head, deflating rapidly. You notice the hops straight away in the aromas, fruity and bitter, a touch of citrus also. Flavours too feature the hops though perhaps the malt gets more of a look-in here compared to the earlier beers. Still there’s no hiding the bitterness from the Cascade hops though I get the impression (after one of each) that the Siege has more character.

Good name too isn’t it? They say: “Anywhere else, Siege is a battle cry but around here, it’s a call to dance. This modern version of the classic American pale ale has distinctive hoppy aromas of grapefruit and orange, perfectly balanced with the distinctive spiciness and bitterness of the Cascade hops.” 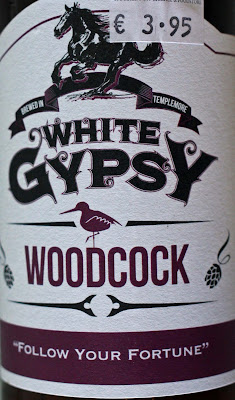 Colour here is amber. Head is off white and inclined to hang on for a bit more than the earlier beers. Hops and malt in the aromas, the hops not as dominant as in the Althea. Fruity and refreshing with the hops and malt in excellent balance, each contributing to the pleasant journey through to the dry finish.

Hops used are Citra and Mosaic, both American, yet this beer has more character than many American ales, both east coast and west. That probably goes down to the malts and, indeed, the Marris Otter Malt is “world renowned for its deep rich flavour.”

The superb harmony of the Woodcock is a pleasure to enjoy and the ace Tipp beer would be difficult to top in any company.

The Gypsy invites you to follow your fortune to this independent Irish craft brewer in Tipperary and the ale is named after a local legend: “The Woodcock Carden”.