The magic gardens of Villandry. Chinon Market and the Wines of Bourgueil

Chinon Market and the Wines of Bourgueil 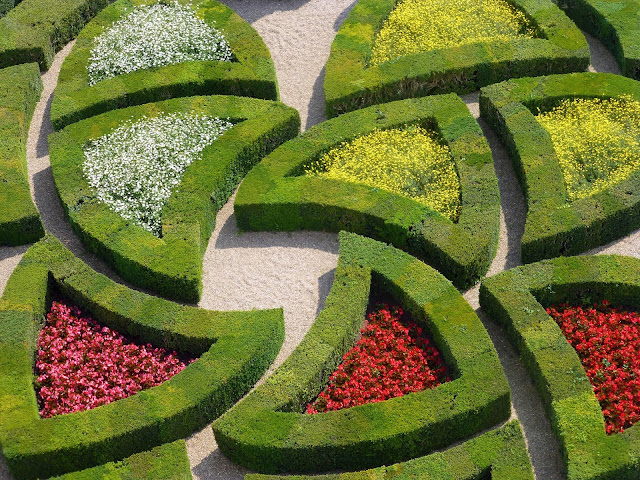 Joachim Carvallo and Ann Coleman were the couple that, in the early 20th century, bought Chateau Villandry and created the 16th century style gardens that you can enjoy today. The chateau was built in 1536. We were there today and, with the aid of two very good booklets, enjoyed both the house and the gardens. 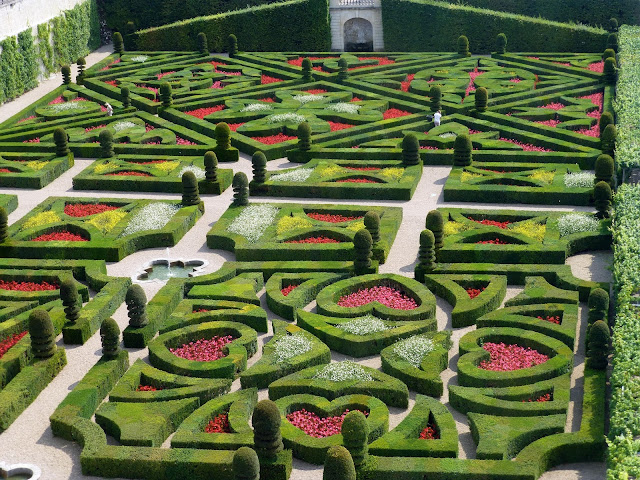 While the gardens are undoubtedly the star of the place there are many treasures inside the building. The one that really stood out was the Mudejar ceiling, which combines elements of both Christian and Moorish art and was brought by Carvallo from a 15th century palace in Toledo. 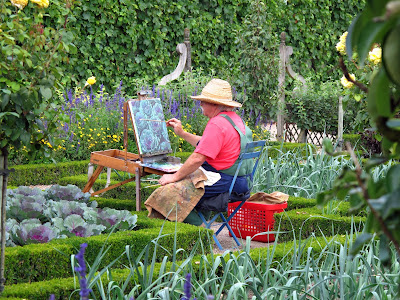 From the chateau you step out on to high terraces overlooking the gardens and can walk all around, going down to different levels as you wish. The Ornamental Garden, also known as the Love Garden, is best seen from above but you do get closer to the Water Garden (most of the water is recycled) and there is also a Sun Garden and a Maze. 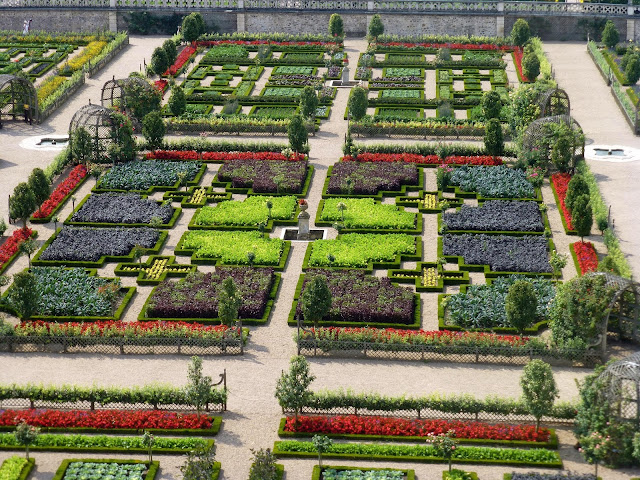 Perhaps the real star is the ornamental kitchen garden where flowers and vegetables mix, well over 115,000 of them! There is a standard rose bush in each plot. The work is ongoing. It takes four gardeners three months each year to prune the 1,015 lime trees! Also needing pruning are the box trees which, if placed end to end, would measure a distance of 52km. All in all, quite a spectacle

After that, it was time for a drink and we headed to the Maison Jean Carmet des Vins de Bourgueil.  Bourgueil wasn’t really damaged by the hailstones earlier in the year so they are looking forward to a good harvest. After a rapid fire tasting, I decided to concentrate on the good years there of 2005, 2009 and 2010. That filled a carton and off we went, intent on dinner.

It was already in the fridge. First job of the day had been a visit to the local market. Among other stalls, we called to the Asian specialist we met last week and bought those fantastic spring rolls again. Main course though is beef “with three delicacies”. Sipping a local craft beer now in anticipation!
By the way, the crowd at the market was well down on last week.  Looks as if most of the holiday makers have headed home.