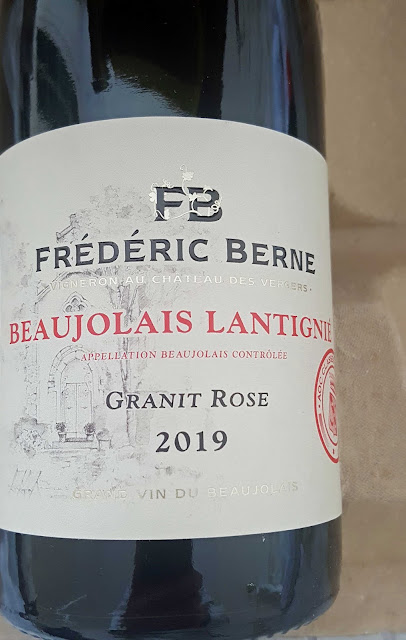 This Lantignié ‘Granit Rose’ is a blend of different parcels grown on granite soil in Lantignié, close to the crus of Régnié and Chiroubles. Made in a fresh, vibrant style, with 100% whole-bunch fermentation in stainless steel tanks, it has an exuberant red fruit character with fine tannins from the granite.

It is a bright red in colour. Red berries and floral notes in the aromas. The purity and elegance influence from the granite is immediately obvious on the palate, floral at first, then an exuberant fruit flavour take centre-stage, the balance provided by an equally exuberant acidity and fine tannins.  The fruity finish to this distinctive Beaujolais lingers pleasantly. You can taste why wine-maker Frédéric says that Lantignié has the potential to become the eleventh cru of Beaujolais.

This Lantignié may not (yet) be regarded as a Beaujolais classic but it is highly sophisticated and I’m more than happy to include it in the Very Highly Recommended listings.

Importers Liberty tell us  that Frédéric finally set up on his own vineyard in 2013. Inspired by the diversity of the granite soils in Lantignié (close to Régnié and Chiroubles), Frédéric established himself in the grounds of Château de Vergers, in the heart of the village. Firmly committed to highlighting what he calls “the many faces of Gamay” in his wines, Frédéric also strongly believes that Lantignié has the potential to become the eleventh cru of Beaujolais.

This vintage worked out pretty well on the phenomenal terroirs of Lantignié, rich in pink granite and blue stones. Frost in spring reduced yields in Beaujolais, as did hailstorms. However, hot weather followed and lasted throughout the summer. Rain towards the end of August prevented the vines from suffering from hydric stress after this long dry spell and allowed the grapes to reach perfect ripeness in excellent conditions. The fruit showed excellent concentration and quality. 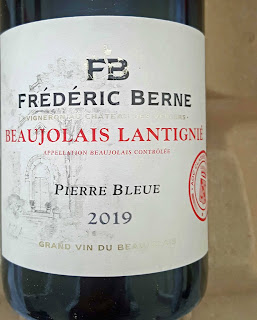 From the Eastern side of Lantignié, where the soils are predominantly clay on a base of blue stones, like Juliénas or the Côte de Py in Morgon, this Beaujolais wine is elegant and fragrant, with notes of blackberry and cherry compote.

It is a somewhat deeper red than you’d expect, close to purple. And yes you do get the berry and cherry compote aromas that they mention. In the mouth you’ll note subtle and ample tannins and minerality. Perhaps the most striking element on the silky palate is the generous acidity that balances the fruit flavours. Another terrific and characterful Beaujolais from Frédéric Berne and Very Highly Recommended.

All the grapes were hand harvested. Whole bunches were placed in stainless steel vats and underwent semi-carbonic maceration for one day. Following this, the grapes were pressed in a traditional wooden, vertical press. Frédéric follows a policy of minimal intervention in his winemaking and uses only natural yeasts. Fermentation took place in concrete tanks, where the wine aged for six months prior to bottling.

Berne has done much for the recognition of Lantignié wines and is spearheading a group effort among young winemakers to obtain cru status for the area.