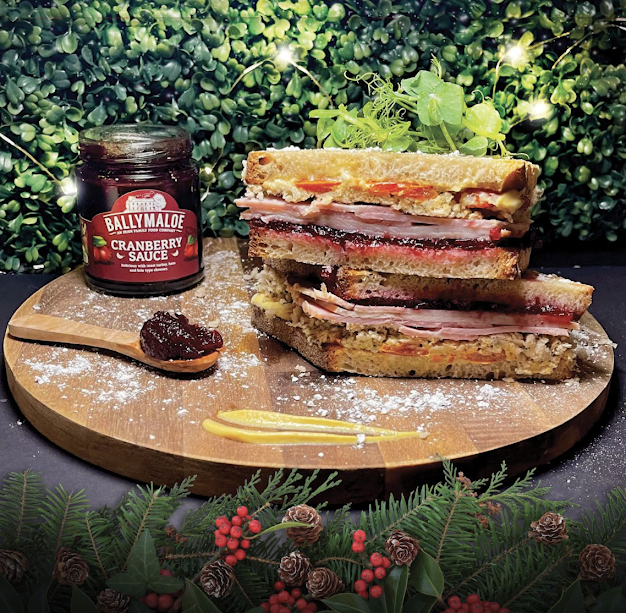 Ballymaloe Foods has teamed up with leading food chain Esquires Coffee to develop a Christmas offering. It follows a series of similar collaborations announced by Ballymaloe Foods this year as it joined forces with restaurants and food service outlets in Ireland.

During 2021, Ballymaloe Foods worked with CoqBull restaurants in Cork and Limerick to create a limited edition burger using its fiery and original relish. Cornstore included Ballymaloe Foods roasting sauces in its Mother’s Day Gift Boxes. Ballymaloe Foods teamed up with Toasted in the Marina Market and Tramore Valley Park who use Ballymaloe Mayo in its Pure Cork Sandwich.

The Cork-based company also began working with two Northern Ireland based businesses collaborating with Toast Office in Belfast as well as Blend and Batch in Banbridge.

Sarah Collins, Marketing Manager for Ballymaloe Foods said, “We love working with restaurants and cafes across Ireland especially when they share our passion for sourcing good-quality Irish ingredients. It’s wonderful to see our products being used in creative ways. We’re thrilled to have Esquires Coffee using Ballymaloe Cranberry Sauce in their limited edition sandwich. It tastes like Christmas on a plate.”