For riveting pivoting and canny cooking, Michael's your Gaz man.

For riveting pivoting and canny cooking, Michael's your Gaz man. 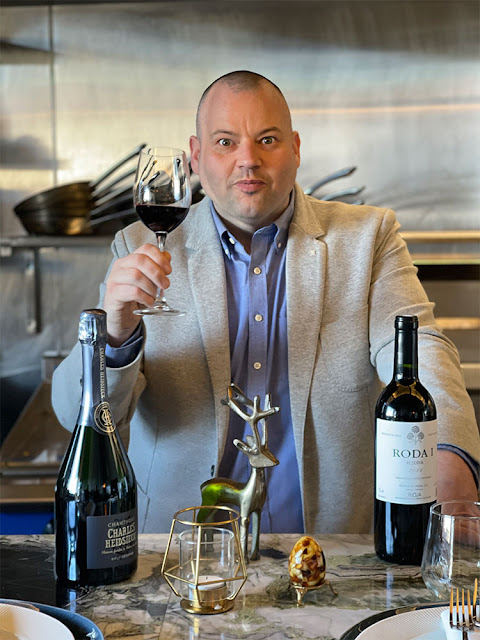 Few restaurant owners around the country have responded as quickly and effectively to the restrictions of lockdown 2020 as Gareth ‘Gaz’ Smith who owns Michael’s and Little Mike’s in Mount Merrion, Dublin. His restaurants regularly top the list of favourite Dublin restaurants and the awards cabinet is bursting at the seams. This Sligo Food Trail open event “Riveting pivoting and canny cooking”, gives you a chance to hear his typically honest and frank assessment of all that has happened in the last 15 months and how he has responded. It’s a Zoom event on Tuesday 18th May at 10.30am.

Gaz has been a revelation (and a revolution!) on the Irish food scene since he and his wife Rita took over Michael’s six years ago. Despite leaving school at 15 and starting work as a kitchen porter, he has accumulated quite some CV having worked his way to the very top. His experience includes prestigious restaurants like Chapter One, The Chart House (Dingle) and the two Michelin star Ledbury (London) as well as six years working in Vienna.

He’s charismatic, outspoken, and a whizz on social media. He has a passion for seafood that is nothing short of contagious and is generous in praising the team around him. Gaz was hit hard by the pandemic but bounced back bigger and better than ever, running his restaurants successfully on a collection model and recently opening a new retail arm to his business and launching a range of branded sauces.

Bringing it all back home to Sligo, Gaz will be joined for a panel Q&A session by restauranteur Anthony Gray (Eala Bhán and Hooked) and Carolanne Rushe of Sweet Beat, both of whom have a tale to tell about weathering the recent storms.

Anthony Gray is passionate about Sligo food and was crowned ‘Local Food Hero’, as well as receiving countless awards for his restaurants and business acumen. He has always been prepared to take responsibility within the industry having held positions as President of the Restaurant Association of Ireland and as the inaugural Chair of Sligo Food Trail. He is currently Chair of Sligo Tourism.

Carolanne Rushe has been a real trendsetter in Sligo food. Having travelled extensively, she brought back new ideas about plant based food and launched them onto a public who realised this was exactly what they had been waiting for. Combining all she had learned in Ballymaloe, Australia and the Middle East, she created flavour sensations in her salads which have sent reverberations countrywide.

Tickets for Riveting Pivoting and Canny Cooking are free of charge. Registration is essential, through the website www.sligofoodtrail.ie or social media. Members and non members are welcome.

Sligo Food Trail is celebrating its fifth birthday this month with a series of events, videos and live events. Details are available on the website www.sligofoodtrail.ie