On the craft journey with Amber & Red Ales. 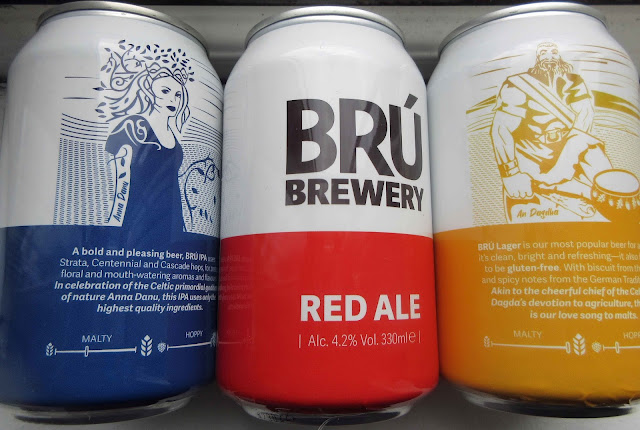 Do you know your amber from your red?

This may help. Then again it may not!

"Amber ale is an emerging term used in Australia, France and North America for pale ales brewed with a proportion of amber malt and sometimes crystal malt to produce an amber colour generally ranging from light copper to light brown. A small amount of crystal or other coloured malt is added to the basic pale ale base to produce a slightly darker colour, as in some Irish and British pale ales.In France the term "ambrée" is used to signify a beer, either cold or warm fermented, which is amber in colour; the beer, as in Pelforth Ambrée and Fischer Amber, may be a Vienna lager, or it may be a Bière de Garde as in Jenlain Ambrée. In North America, American-variety hops are used in varying degrees of bitterness, although very few examples are particularly hoppy. Diacetyl is barely perceived or absent in an amber ale." Source: Wikipedia

It’s a red ale and it is red with a pillowy off-white, coffee dusted head that shrinks as you drink. Toffee and caramel in the aromas. And that continues onto the palate, impressive entry as the malt and the hops each get a share of the limelight as the pleasant experience continues.

They say: An aromatic red ale for today’s drinker…BRÚ Red Ale is a sophisticated and modern beer.

They also say: Mirroring the unwavering strength of Celtic figure Cuchulainn, the red ale is a mighty example of the traditional Irish style.

Well, modern or traditional, it certainly is mighty!

They say: Alongside our own range of craft beers, we also showcase the best of Ireland’s exciting drinks industry, working closely with high quality Irish breweries, distillers and cider makers. We champion local ingredients and modern Irish fare across all sites and our staff are knowledgeable and passionate about Irish produce. Each of our venues has a distinct personality but all are committed to providing a proper Céad Mile Fáilte – a hundred thousand welcomes. In short, you can expect good beer, good food and good company at every BRÚ Hospitality site.

Red, not surprisingly (they use Crystal Malt), is the colour of this Porterhouse ale and there is a light coffee coloured head, a soft frothy one that hangs about a bit. There’s a tarty streak in the fruity palate and also a decent hint of the malt. I liked this really well-balanced effort a few months back and am just as impressed this time. Excellent from start to finish.

They say: Irish red ales? Yes, we know. Sweet, a bit cloying and, well, no thanks. So, it was brave of us (we say bravely) to put the words “red ale” after our own moniker. Why the hell would we do that? Because this is a real red ale, ….But sweet? No way. Balanced, yes. Fresh, yes. Aromatic, yes. In fact, we say yes, please. 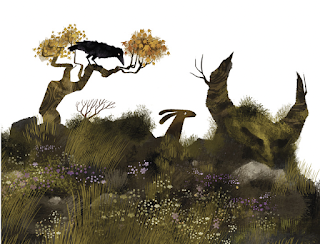 Amber’s the colour for sure, a dark amber at that, lots of fizz in the haze. First sip introduces you to its chocolate/caramel backbone and you realise this is a serious drink, pretty robust too, a full-bodied drink you can’t ignore. Dark fruit flavours on the palate, a very satisfying bitterness as well (hops are a mix of European and American) and then there’s a lip-smacking dry finish to boot. Kind of Beamish light with a Guinness bite.

I was wondering, at first, does this belong with the red ales. Seen this classed as pale ale but a better fit in red. Kinnegar themselves confirm it as “A refreshing contemporary take on a traditional Irish Red. Versatile with food and equally enjoyable on its own.” And more good news: Devil’s Backbone is available all year round. 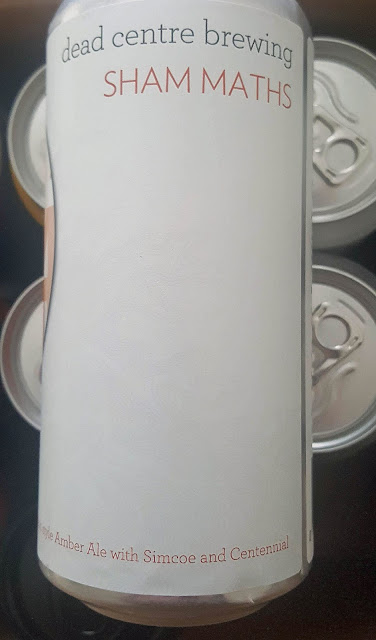 Dead Centre’s well-made well-balanced Amber Ale has, you’ve guessed it, an amber colour (Crystal Malt again!) with a nice soft head. Quite a delicious harmony, with toffee and caramel playing the lead, follows on the palate, and that pleasant balance is further enhanced by a judicious use of bittering hops. By the way, you don’t get too many Ambers (or Reds) at 6.2 abv.

Athlone’s Dead Centre is Westmeath’s first and only craft brewery. They say: We’re big fans of Amber Ale at Dead Centre Brewing, so when we decided to make a hoppy American Amber…we wanted to do it right…and that’s exactly what we did! A marriage of Pale Malt, Munich Malt, Chocolate Malt and Crystal Malt combine to form a beautifully full and sweet foundation for this deep copper ale that pours with a smooth, firm head. Simcoe and Centennial are the stars of the show on the hops front. Clocking in at 6.2%, Sham Maths is the perfect step up from our core IPA, Marooned.

Dead Centre Brewing may be found on Custume Quay in Athlone. It offers, outside of Covid restrictions, a combined experience including brewery tour, beer tasting and pizza. Now there’s a combination that’s hard to resist.